In "Animal Farm," George Orwell criticized the Soviet Union. His tale about power was published 75 years ago — and is more relevant than ever.

George Orwell's famous tale is set on a farm and begins with the simple lines: "Mr. Jones, of the Manor Farm, had locked the hen-houses for the night, but was too drunk to remember to shut the popholes."

With these words Orwell (1903 - 1950), whose real name was Eric Arthur Blair, begins his story about farm animals plotting a revolution against their exploitative, alcoholic owner.

The master of social commentary could not have guessed that Animal Farm would become a classic of political literature that remains ever-so-relevant 75 years after it was first published.

Orwell wrote the book from the end of 1943 and into 1944 and was initially unable to find a publisher in the UK. What seemed at first glance like a harmless children's story was in reality a grim satire and a harsh indictment of Stalin's dictatorship in the Soviet Union. And because Britain was allied with the Soviet Union against the Nazis in the ongoing Second World War at the time, finding a publisher was no easy feat. Yet in 1945, British publishing company Secker & Warburg agreed to print it. 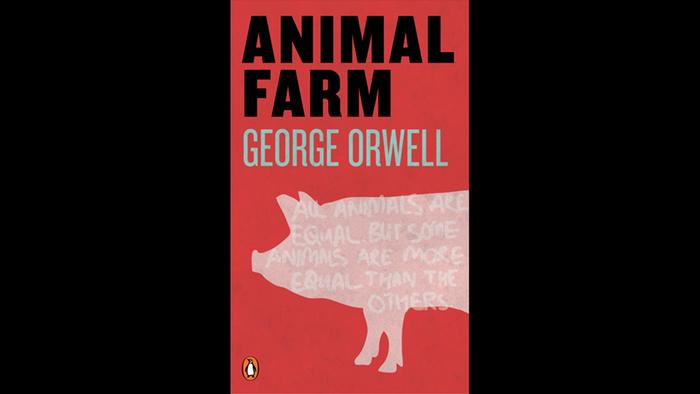 The novella remains a bestseller to this day

Some animals are more equal than others

In the tale, the respectable elderly boar named Old Major opens the eyes of the farm animals to the incompetence of the drunk farmer Mr. Jones in an impressive speech. In it, he brands man as an exploiter who would have to be driven out by a revolution. He also warned against becoming like human beings after the revolution takes place. "All animals are equal, regardless of their strength or intelligence" he preached.

When Old Major dies after his grand address, the animals take the opportunity to drive Farmer Jones off the farm, led by the pigs Napoleon and Snowball. First, all the animals take over the farm together and the situation improves. The animals work hard and show solidarity with one another, happy to see the fruits of their efforts. They rename the farm "animal farm."

Yet, in time, the clever pigs soon take over and gradually turn their supremacy into a dictatorship that outshines everything the animals had aimed to shake off. The pigs justify their power with the slogan: "All animals are equal, but some animals are more equal than others."

Towards the end of the novel, the differences between the people and the ruling pigs becomes blurred. The other animals on the farm can no longer recognize who is a human and who is a pig; in other words, who is a capitalist and who is socialist.

The book Animal Farm describes the course of a failed revolution. Revolutions, Orwell said, can indeed shift power, but the basic social structures remain untouched. In other words, a powerful few can exploit many despite a revolution. 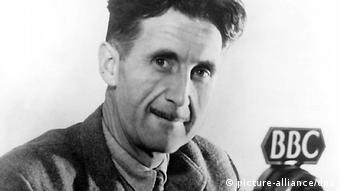 Literature as a weapon during the Cold War

Orwell was a staunch leftist. In the Spanish Civil War he had fought in the ranks of the "POUM," a communist group considered a rival to Soviet Stalinism. Unsurprisingly, Animal Farm was banned in the Soviet Union.

The first German translation of the book was published in 1946. But like his book 1984, it was also banned in the former East Germany until the fall of the Wall and the end of the German Democratic Republic in 1989.

After Orwell's death in 1950, during the Cold War, the US CIA had purchased the film rights and made an animated movie as a dig against the Soviet Union. The film Animal Farm was made by Hungarian animator John Halas and British illustrator Joy Batchelor and released in 1954. The plot was largely based on the original book, except that the story led to a second revolution against the ruling pigs. 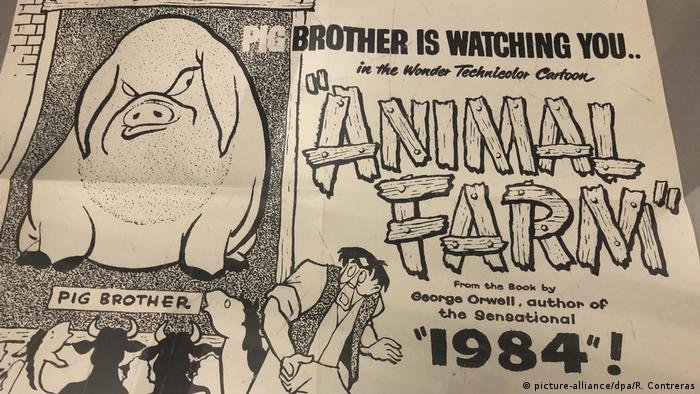 A poster promoting the cartoon version of 'Animal Farm'

In the 1999 film adaptation of the same title, John Stephenson changed the plot significantly by incorporating the collapse of the Soviet Union in 1989 and finishing with a happy ending suitable for children. After years of pig rule, new humans take over the farm again. The animals rejoice, saying "...and finally we were free!"

A journalist and writer, George Orwell wanted to point out political grievances in his books and often used the form of satire to do so. He aimed to demonstrate what it was like to live in an authoritarian state where surveillance prevails and people are manipulated by propaganda.

Animal Farm is a fable that fits any totalitarian system and so, 75 years after its original publication, the cautionary tale has definitely not lost its relevance today.

Agniezska Holland's Berlinale film revisits the Holodomor, the man-made famine that killed millions of Ukrainians in 1933. Reporter Gareth Jones broke the story that Soviets tried to hide and other journalists denied.

George Orwell's "1984" is not the only classic that's celebrating a comeback. Hannah Arendt's philosophical essay "The Origins of Totalitarianism" has also spiked in interest recently. Here's why it's so relevant.

Some 180 theaters across the United States will show the film adaptation of George Orwell's dystopian novel "1984" on April 4. Organizers said the story of a government that "manufactures facts" is timelier than ever.

During the first week of the Trump administration, fraught with "alternative facts," readers are turning to George Orwell's 1949 book to understand the political situation. "1984" has shot to the top of bestseller lists.

George Orwell's "Animal Farm" was published 75 years ago. Many more writers and filmmakers have created grim portrayals of the future.

The 1972 World Chess Championship saw Bobby Fischer of the US challenge the Soviet Union's Boris Spassky in the "Match of the Century." Fischer ended up winning.