Philippines withdrawal does not protect Rodrigo Duterte from ICC | World | Breaking news and perspectives from around the globe | DW | 18.03.2019

The Philippines is withdrawing from the International Criminal Court because its government fears investigation. Other countries have never even joined. Nonetheless, the ICC is more than just a paper tiger. 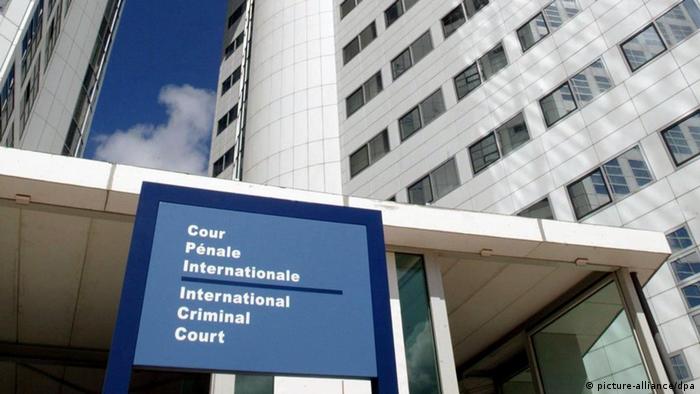 In March 2018, the Philippine president Rodrigo Duterte announced that he was annulling his country‘s ratification of the Rome Statute "with immediate effect" in response to "shameless attacks” on his person by the International Criminal Court (ICC). The Rome Statute was the legal basis for the foundation of the ICC in 2002.

What happened? One month earlier, the ICC's chief prosecutor, Fatou Bensouda, initiated preliminary investigations against President Duterte for suspected crimes against humanity in the Philippines' so-called "war on drugs.”

The accusations are serious. More than 5,000 people have been killed in the Philippines in Duterte's anti-drugs campaign, according to official statistics.

Human rights organizations say that anonymous death squads have committed at least a further 20,000 murders. Information from the Philippine Drug Enforcement Agency shows that between 1 July 2016, the day after Duterte's inauguration, and the end of November 2018, there were more than 115,000 operations against suspected drug dealers and consumers of illegal drugs.

In 2017, Burundi became the first member state to leave the ICC, complaining that the court was focused on investigating Africans. Also, Omar Al-Bashir's spectacular flight from South Africa highlighted the ICC's impotence. The Sudanese president is the subject of an ICC international arrest warrant, yet he was apparently able to flee the country with the help of the South African government. In February this year, the ICC was also criticized over the unexpected release of the former president of Ivory Coast, Laurent Gbagbo. 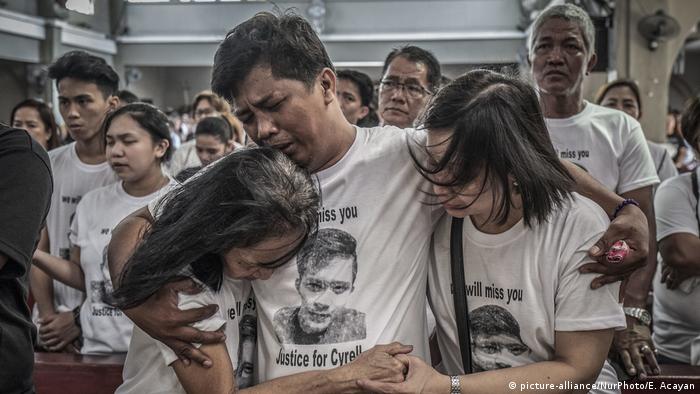 Thousands of people in the Philippines have become victims of anti-drug police interventions.

The public perception is of a weak international criminal court that is simply shown a red card as soon as it announces an investigation. But is that perception correct?

"A country cannot evade investigation by withdrawing from the ICC. The investigations continue. Whatever has been discovered by that point will still be followed up,” says Moritz Vormbaum, a German expert in international criminal law. His colleague Claus Kress agrees: "A withdrawal from the international community of the ICC always relates to the future – the withdrawal has no retrospective effect.” Specifically, this means that if the court's preliminary investigations substantiate the allegations, the ICC will instigate proceedings against the Philippine president that will investigate his actions up to 17 March 2019. 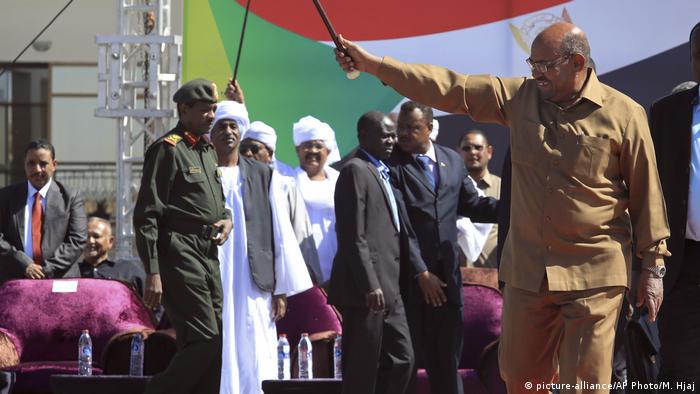 "It's a big exception for a country to leave the association of states,” says Kress. There have been recent accessions, too: Malaysia, for example, acceded to the Rome Statute in March 2019. "Asia is still difficult terrain for the ICC,” Kress explains. "This has to do with some strong ideas in the region concerning sovereignty.”

When the statute establishing the International Criminal Court was adopted in Rome on 17 July 1998, the then secretary-general of the United Nations, Kofi Annan, paid tribute to it as a "gift of hope to future generations.” The court started work four years later at its headquarters in The Hague. Since then, 123 of the 193 UN member states have joined, including all the countries of the European Union. Among the states that have not signed up to it are China, India, Israel, Russia, Turkey, and the United States. 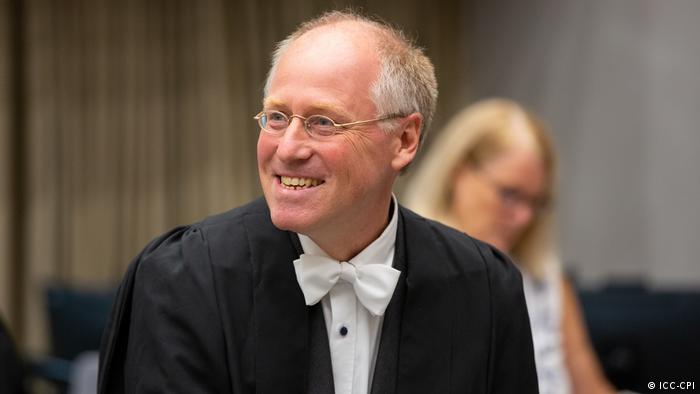 The ICC is responsible for prosecuting individuals accused of genocide, crimes against humanity, war crimes, and instigating wars of aggression. The international prosecutors only take action if the accused are not brought before national courts. Countries can also put in their own request for the ICC to initiate proceedings – and the UN Security Council is also able to refer cases to the court.

"The establishment of the criminal court was the realization of one of the great ideas of the century,” says Kress. It's an idea that the expert in international law is passionate about. He was present at the negotiations in Rome in 1998, in his capacity as a junior official at Germany's Federal Ministry of Justice.

Today's International Criminal Court is based on the military tribunals in Nuremberg and Tokyo after World War Two. "But these selective tribunals, which were set up by the victors, always had a legitimacy problem,” Kress comments. Then came the Cold War – and nothing happened for another 40 years. In the 1990s, the UN set up ad hoc criminal courts to deal with crimes committed during the Balkan wars and the genocide in Rwanda. "However, setting up criminal courts to deal with each separate crisis was not a long-term solution,” says Kress. And so the idea of installing a permanent criminal court began to gain traction.

A court that is taken seriously

The international law expert Moritz Vormbaum concedes that "the ICC also made mistakes in the initial years,” as, for example, when at first it was only investigating cases from African countries. But that has changed. "The court no longer shrinks from unpleasant situations in places like Palestine and the Philippines,” says Vormbaum. It's also investigating cases of abuse in British prisons: "And the agitation in the United States about the possibility of investigations in Afghanistan show that the ICC is taken seriously.” 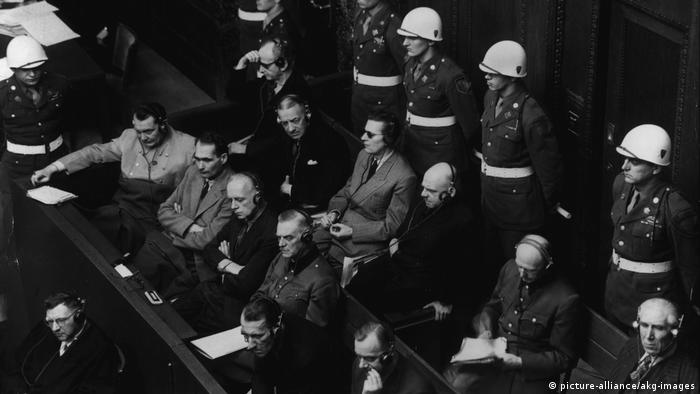 There are, however, structural problems. The International Criminal Court has no means of its own for applying pressure, nor does it have its own investigating authorities. Instead, it relies on cooperation from the countries concerned. The justice ministries of the member states are needed to fill the gap. "The member states are obliged to cooperate; this is what they signed up to when they acceded to the criminal court,” says Vormbaum. "Of course, it's a weakness of the court when member states refuse to cooperate with it – but there simply is no global police that could carry out investigations or order arrests.” The only thing a country has to fear if it refuses to cooperate with the court is political sanctions.

Rolf Mützenich, a leading foreign policy expert with Germany's Social Democratic Party, is convinced of the ICC's worth. He's developing ideas for spreading awareness of the court, particularly in countries that have not yet ratified the Rome Statute. "We can't just promote the ICC with the respective governments,” he says. "Parliaments and non-governmental organizations are also important disseminators of information and channels for making people aware of the work done by the International Criminal Court.”

Muslims in the southern Philippines voted on Monday in a referendum to create a new autonomous region that seeks to end decades of unrest there. DW spoke to analyst Joseph Franco about the implications of the vote. (22.01.2019)