Two Philippine boats carrying food supplies for soldiers to the disputed Second Thomas shoal were blocked by the Chinese coast guard, who allegedly fired water cannons on them. No injuries were reported in the incident. 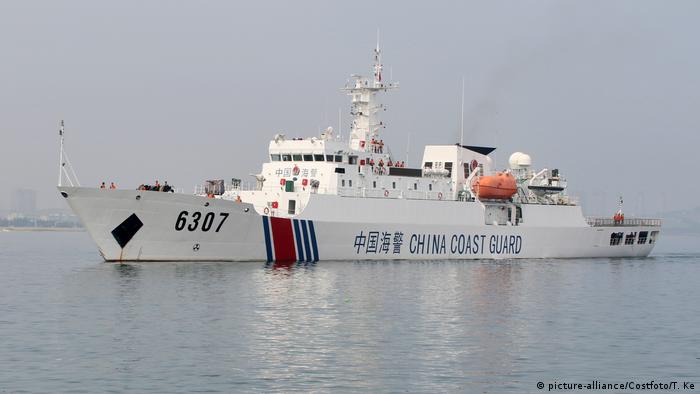 There is a long-simmering territorial dispute in the strategic waterway, where China, the Philippines, Vietnam, Malaysia, Brunei and Taiwan all have overlapping claims

The Philippines said Chinese coast guard ships blocked two of their boats and fired water cannons at them, in the South China Sea on Thursday.

The Philippine boats were carrying food supplies for soldiers stationed at the disputed Second Thomas shoal, which the Philippines calls the Ayungin shoal. No one was injured during the incident.

The Philippines Secretary of Foreign Affairs Tedoro Locsin strongly condemned the incident, saying it "threatens the special relationship between Philippines and China." He added, "The acts of the Chinese coast guard vessels are illegal," in a Twitter thread.

Disputes in the South China sea

Ayungin Shoal lies 105 nautical miles (194 kilometers) west of the Palawan province in the Philippines, and is within the country's 200-nautical-mile exclusive economic zone. Trips to send supplies to troops and rotate personnel on duty are common, but had not been met with obstacles earlier.

National Security Adviser Hermogenes Esperon told reporters in Manila that the government will deploy coast guard and Bureau of Fisheries vessels instead of Navy ships to back up Filipino forces and enforce Philippine fishing laws at the Ayungin Shoal.

Esperon also added that the number of Chinese surveillance ships had increased in the region. "We will continue the resupply and we do not have to ask the permission of anybody because that is within our territory," he said.

There were no immediate comments from Beijing. Territorial disputes are common in the South China sea, where China, the Philippines, Vietnam, Malaysia, Brunei and Taiwan have conflicting claims.

The US, which has no claims in the waterway, patrols the region for its allies, which includes the Philippines.

China: Satellites find mock-ups of US ships at target range

The outlines of an aircraft carrier and at least one destroyer have been spotted at a Chinese site the US Naval Institute said is used for target practice.