Philippine activists concerned about spike in child abuse linked to coronavirus crisis | Asia| An in-depth look at news from across the continent | DW | 28.05.2020

A report showing a three-year surge in the online sexual exploitation of children has a children's advocacy group concerned that the coronavirus crisis will make matters worse. Ana P. Santos reports from Manila. 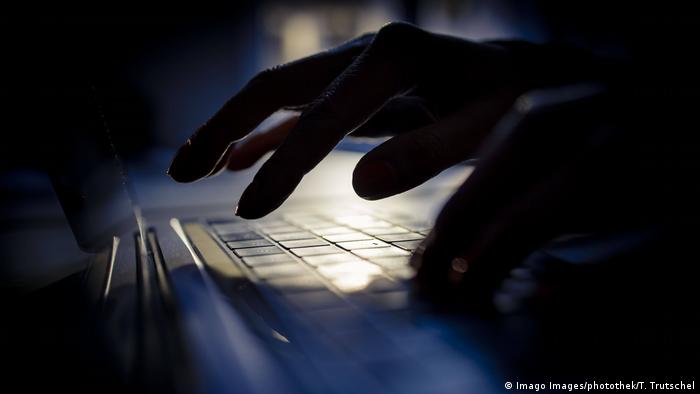 Children's rights advocates in the Philippines are concerned that the coronavirus crisis will add to a disturbing trend in online child pornography, as sexual predators spend more time at home online, and economic downturns create an incentive for peddling sexual content featuring children.

They warn that school closures and movement restrictions have confined children at home and prevents teachers and community members from detecting and reporting abuse.

"The worsening economic situation may push adults to resort to peddling their children online to sexual predators. They assume that its online or virtual nature makes it a harmless way to earn money," said Aissa Ereneta, country director of ChildFund Philippines.

According to the cybercrime unit at the Philippines Department of Justice (DOJ), a surge in sexual exploitation of children online was recorded on the main island of Luzon between March 1 and May 24, which corresponds with the time frame of lockdowns.

The DOJ cited data by the National Center for Missing and Exploited Children, which showed that more than 279,000 incidents were reported during that period, representing a 265% increase in the number of cases year-on-year.

Despite an existing law aimed at blocking this content, internet service providers have not implemented the necessary technology to detect illicit content or block users promoting it. Often, cases of abuse and exploitation are first detected by foreign authorities who trace it back to the Philippines.

"It is unfortunate that 11 years after a law that prohibits any form of child pornography was passed, internet service providers have not installed blocking or filtering technology. Without such technology, this trend of victimization of children, who are the most vulnerable among us, will continue unabated," DOJ Undersecretary Markk Perete said in a statement.

"We need to hold offenders accountable, but at the same time, we can also help children empower themselves so they will have the courage to access help," said Ysrael Colorado Diloy, from the children's advocacy group the Stairway Foundation.

However, sex education is complicated by the conservative culture in the Philippines, where matters related to sexuality are considered a taboo subject.

"Most often, reluctance from adults hinders an honest and open discussion with children to teach them what constitutes abuse. Children need to be told they own their body and they have a right to protect themselves against anyone who tries to violate it," Diloy told DW.

Long-standing problem in the Philippines

A study by the International Justice Mission (IJM), showed cases of sexual abuse of children online rose by 250% from around 23,000 to 81,000 between 2014 and 2107. These numbers indicate the Philippines has become a global source of child pornography.

An analysis of a selected number of cases revealed the median age of the victims was 11 years old, with the youngest being less a year old. According to IJM, about 62% of the victim's abuse was facilitated by parents or others known by or related to the victim. like relatives, close family friends, or neighbors.

"The online sexual exploitation of children, or OSEC, is the worst form of sexual exploitation as it involves very young children, the majority of whom are girls. The physical trauma is visible and easier to treat but the psychological trauma can last from months to years later," Evelyn Pingul, IJM Executive Director of National Communications told DW.

On Wednesday, a Philippine court sentenced an American man to life in prison on charges of sexually exploiting Filipino children using webcams to sell videos, photos and livestreams to buyers abroad.

The United States Federal Bureau of Investigation tipped off Philippine authorities about Deakin.