Coronavirus: Vulnerable Filipinos fight for survival during lockdown | Asia | An in-depth look at news from across the continent | DW | 27.04.2020

The COVID-19 health crisis has taken a heavy toll on the daily lives of slum dwellers and those trying to survive on what's left of the informal economy in the Philippines. 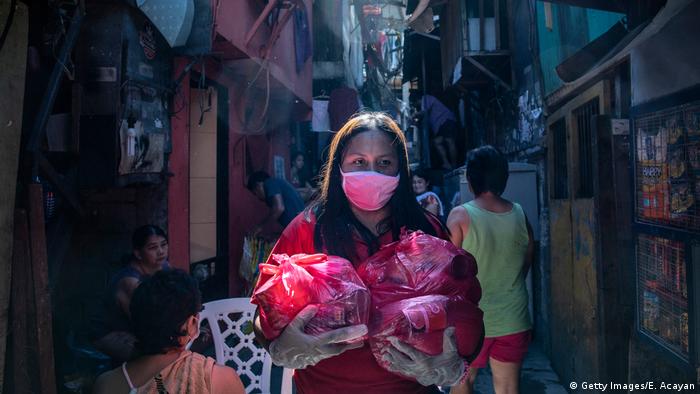 Dambie Reyes Estremos is a dumpster diver living on Magnetic Hill in Los Baños, some 63 kilometers (39 miles) southeast of the capital Manila. She earns her living by selling what she finds among the rubbish at the community-based material recovery facility (MRF) in the barangay, or district, of Timugan.

In normal times, Estremos earns roughly 1,000 pesos (€18, $19.70) per week to support herself and her four children. But since President Rodrigo Duterte declared a Luzon island-wide lockdown on March 16 to curb the coronavirus outbreak, Estremos, like most informal workers in the Philippines, has managed to scavenge next to nothing in the past month.

Dumpster divers make up an important part of the Philippines' vast informal economy, but because of the lockdown and strict restrictions on movement and social interaction, they can't sell any of the products they find or trade anything in exchange for goods. So Estremos is collecting as much as she can for the time being and hopes to cash in on all her findings when the enhanced community quarantine is lifted.

"What we need are rice, coffee and sugar to fight sleepiness and work all day long," Estremos told DW. She is also calling for facemasks, vitamins and gloves to be distributed among the region's dumpster divers to safeguard their "daily survival." The national government made wearing facemasks mandatory as of April 2.

Duterte, who spearheaded the Philippines' war on drugs and is famous for his openly vocal support for the extrajudicial killing of criminals and drug users, said he would order the police and military to "shoot dead" anyone who violates quarantine rules. A 63-year-old farmer in the southern town of Nasipit, who allegedly threatened authorities with a scythe while under the influence of alcohol, was the first reported civilian shot dead by police for not wearing a facemask.

The secret lives of 'sorters'

The dumpster divers of Los Baños are careful to dodge the eyes of authorities and only come out to work late at night. The local government doesn't officially recognize them as legal workers. When locals organize events or meetings, they take care to reference dumpster divers as "sorters" to prevent exposing them to authorities. 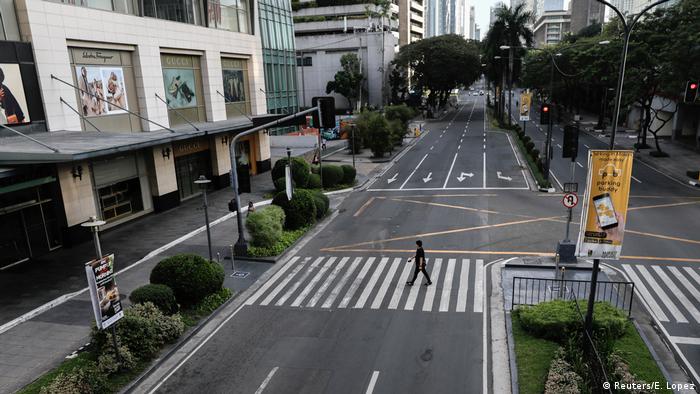 The lockdown, which is currently set to last till May 15, threatens to displace nearly 11 million workers and informal sector earners, according to the IBON Foundation

The collective, which is entirely funded by donations from fellow community members, delivers food to vulnerable groups in Los Baños. The collective is still allowed to operate within the municipality under quarantine because they are regarded as an "essential" food business. Mizal said that one of his former college classmates who now works as a lawyer, "lent us her brand new car" so that "we wouldn't be troubled going around" as we deliver food to the poor.

Mizal said without his services and the help of other community members, the dumpster divers would have nothing to keep them afloat during the lockdown. He said dumpster divers should also be considered frontline workers during the pandemic and have the right to work. "The real unsung heroes are the sorters in an MRF," Mizal told DW.

The lockdown, which is currently set to last till May 15, threatens to displace nearly 11 million workers and informal sector earners, according to the IBON Foundation, a Filipino non-profit research group. All businesses deemed "non-essential" have been temporarily closed while informal workers such as manual laborers and auto-mechanics have had their work suspended.

While there are informal workers authorized to work during the lockdown like security guards and maintenance personnel, the absence of public transportation makes travelling to and from work more difficult. 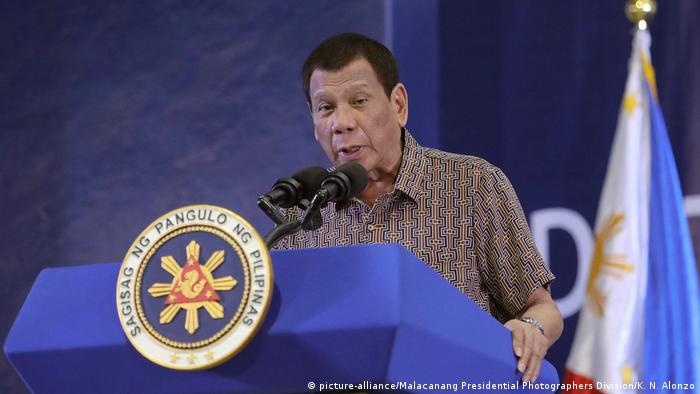 Melisa Serrano, director at the Center for Labor Justice at the University of the Philippines, told DW that the lockdown has deprived most informal workers of their livelihood means. Many have been forced to use up their limited savings, borrow money, or survive with whatever items they have left.

Many informal workers also reside in informal settlements or slums. Slum dwellers across major cities in the Philippines have been waiting for much-delayed food ration packs from their local governments. Residents of Quezon City'sSitio San Roque slum staged a protest on April 1 demanding basic relief amid the lockdown.

The Quezon City government denied the claims, saying there has been "continuous distribution of food packs throughout the city," according to CNN Philippines.  Local broadcaster DZRH posted a video on Twitter showing the violent dispersal of protesters by Quezon City police. Twenty-one protesters were arrested that day.

Sherillyn Raga, a senior research officer at the London-based Overseas Development Institute, told DW that the Philippine government has so far provided cash assistance to about 4 million poor families and displaced workers since the lockdown, but that the country's remaining 13.8 million poor, who are largely dependent on the informal sector, are yet to receive any government aid.

Duterte has drawn widespread criticism for his handling of the outbreak, appointing military men instead of medical practitioners asmembers of the national task force to combat COVID-19. Human rights organizations including Amnesty International have voiced concerns that the president is exploiting the pandemic to induce fear, extend his powers and crackdown on dissidents.

Filipinos opposed to Duterte's militaristic approach have taken to social media to protest from home, posting photos and hashtags with the words, "Bigas hindi bala!" (Rice, not bullets), #OustDuterte, and #SolusyongMedikalHindiMilitar (Medical solutions, not military solutions).

Meanwhile, Benigno Balgos, a development studies expert at the Ateneo de Manila University, defended the lockdown as "necessary" to prevent the virus from spreading. The Philippines' coronavirus case fatality rate of 6.6% is slightly higher than the global average of 6.4%, according to the country's Department of Health. Given the health crisis, Balgos told DW that "the lockdown should not be seen as or equated to a crackdown," adding that a comprehensive plan without the back up of a "credible and strong system and manpower" is "doomed to fail."

Neen Sapalo, who specializes in urban poverty at the University of the Philippines Diliman, is more skeptical: "The military approach to a public health emergency will never work… It's like using a candle to put out a fire."

In addition, the Philippines' current health system is "incapable of addressing the coronavirus pandemic," Sapalo explained. She added that prior to the lockdown, the government had already slashed funding for public health facilities and that most civilians need to pay out of pocket just to get basic health care services.

Sapalo believes that many Filipinos would have accepted the lockdown if emergency aid had reached communities in time. But instead, there was "no aid, no food, no means to survive for poor and vulnerable families." She told DW that "the lockdown has only led to worsening poverty and the criminalization of dissent."

Vice President Leni Robredo discusses her opposition to President Rodrigo Duterte's war on drugs and how their allegiance to different political parties is designed to make leaders accountable for their actions. (07.10.2019)