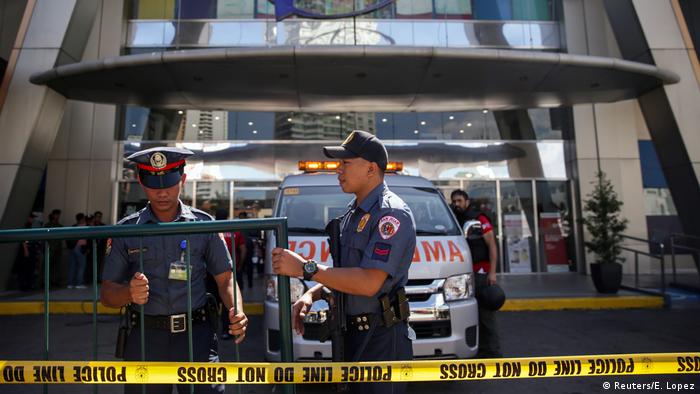 A 63-year-old man has been shot dead by police in the Philippines after he became enraged for being told to wear a facemask, marking the first reported case of authorities shooting a civilian for breaching coronavirus restrictions.

The man was believed to have been drunk when he threatened village authorities with a scythe – a sharp blade – in the southern town of Nasipit in Agusan del Norte province, police said on Saturday.

"The suspect was cautioned by a village health worker ... for not wearing a face mask," the police report said. "But the suspect got angry, uttering provoking words and eventually attacked the personnel using a scythe."

The government ordered on Thursday all people across the archipelago nation's main islands to wear face masks when going outside during its month-long lockdown.

"Let me repeat - if you need to go out of your house, you need to wear a mask," government official Karlo Nograles said, according to the German Press Agency. Nograles added it doesn't have to be a medical mask, but any improvised covering which covers the mouth and nose.

The Philippines has over 3,000 confirmed positive cases of the coronavirus and 144 people have died so far.

'I will bury you'

President Rodrigo Duterte said on Wednesday he would order police and military to shoot dead lockdown violators. The strongman, who spearheaded the Philippines war on drugs and is famous for his openly vocal support for the extrajudicial killing of criminals and drug users, warned:

"My orders to the police and military ... if there is trouble and there's an occasion that they fight back and your lives are in danger, shoot them dead …  Instead of causing trouble, I will bury you."

The Philippines' main island of Luzon has been under lockdown since March 16. Local authorities in a number of other provinces have imposed their own restrictions.

People are only permitted to leave their homes for essential trips to the supermarket or the pharmacy or if they are front-line workers.

Responding to Duterte's call, Amnesty International on Thursday called the statement "deeply alarming" and warned, "Deadly, unchecked force should never be used in an emergency such as the COVID-19 pandemic."

The leader's comments came just after media reports emerged of a number of arrests in the slums of the capital Manilla.

Residents staged a protest on Wednesday, demanding basic emergency relief goods such as food amid a month-long lockdown that has left many of them without work.

Police arrested 20 of the protesters after they refused to go back to their homes.

The US company at the center of allegations that thousands of face masks destined for Germany were confiscated has denied the accusations. The current global lack of such items is causing a flurry of such incidents. (04.04.2020)

Australia has asked those on temporary visas to consider leaving as its economy reels amid the coronavirus crisis. The request comes as five new cases of the virus were confirmed on a German-owned cruise ship there. (04.04.2020)