Pforzheim: the Dresden nobody knows about

At the 70th anniversary of the Allied bombing of Dresden, even the German president showed up. In Pforzheim, a site of comparable destruction, no high-rankers were present - just people out to promote peace. 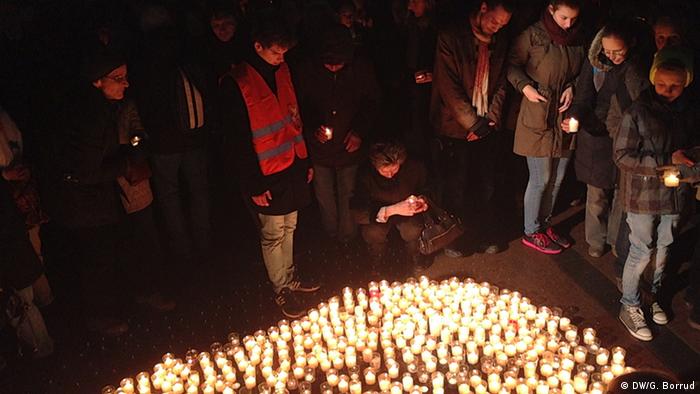 After listening to 22 minutes of church bells, the noise can get to you. However, on this rain-soaked evening in Pforzheim, about 40 minutes' drive from the south-western German city of Stuttgart, there was no place for worrying or whining about clamor.

Thousands of people gathered here on the Platz des 23. Februar (February 23 Square) to remember the day their city was obliterated in 1945. A day for the people of Pforzheim that - judging by the looks on their faces as they laid down candles in the shape of a dove in the middle of the square - can't really be described. 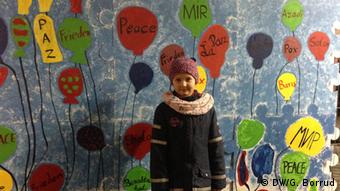 Melissa, 11, joined the vigil, standing in front of a peace mural she painted with her third-grade class

"For God, my people and my city," said Ulla, a woman in her 70s, when asked why she came here to lay down a candle. "I was too little to remember, but I know from my family and from what came afterwards how deep this day hurt us," she told DW.

"We're here to remember," said Larissa, who came with six of her friends. "That's it. You don't have to say anything else," she added as the bells continued to ring, with uncanny seriousness for a 17-year-old.

Between 7:50 and 8:12 p.m. local time on February 23, 1945, RAF aircraft dropped 1575 tons of high explosive and incendiary bombs on Pforzheim, setting off a firestorm that is widely seen as one of the most devastating in military history.

According to official statistics, 17,600 people died, and tens of thousands of others were injured. The market square and old town area were destroyed and completely depopulated. In the entire city, over 80 percent of the architecture that existed in 1945 was defaced, making Pforzheim, proportionally speaking, the worst instance of destruction at the end of WWII in Europe.

The Allied bombardments of Dresden and Hamburg have been well documented and remain in the public consciousness today, both in Germany and abroad. But Pforzheim doesn't. 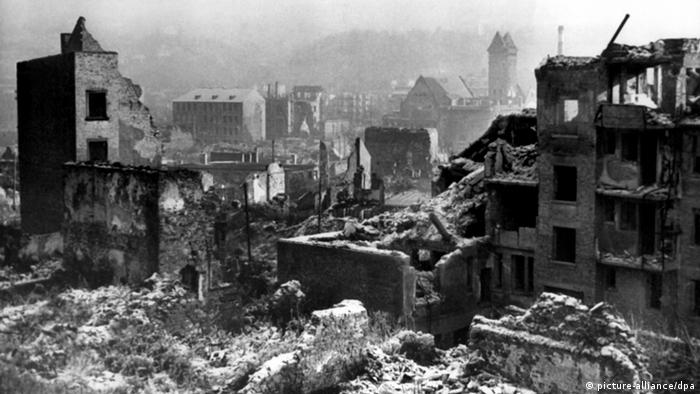 In the Bomber’s Baedeker, the British Foreign Office's guide to the economic importance of German towns and cities, Pforzheim ranked 57 out of 101 assessed places.

The city of 80,000 [120,000 today] did not possess any major munitions factories or heavy industry at all, although a tube-rolling plant owned by Metallindustrie Richter was in operation in Pforzheim at the time of the bombing. However, there were a host of technical manufacturing plants and factories that produced, among other things, periscope optics and radio and radar components for German submarines.

The city was also a major road and rail communications center within the Baden area.

Does this justify its almost complete annihilation?

"Why Pforzheim? Is that what you're asking?" a man named Anthony asked. "Do you think anyone here cares about that? That's a question for the politicians and strategists of the time. A question for historians and journalists. A question for people who ask the wrong questions," he said.

"The rubble from the bombing is still here. It was moved outside the city after the war and buried underneath the ground. Go look for yourself. There's a mound out there called the Wallberg. And it's not the mound the neo-Nazis are on!" Anthony added.

Up on the hill

Anthony was referring to a counter demonstration of far-right extremists. During the evening's ceremony, around 100 neo-Nazis and right-wing activists had gathered on what's known as the Wartberg, another mound outside the city, to remember the victims of the Allied bombing on their own - in the company of 1,000 police officers.

At exactly 7:50 p.m., a huge torch was lit on the Wartberg for 22 minutes in remembrance of the dead, a demonstration the greater public here finds repulsive, however.

"We cannot fathom what they want. They are just frustrated people up there who say Hitler was right," said Marta, with her daughter and son standing next to her. "We can only pray and hope that they will stop thinking like this, that's all," she said, adding that such thinking was the ultimate reason Pforzheim was burned to the ground. 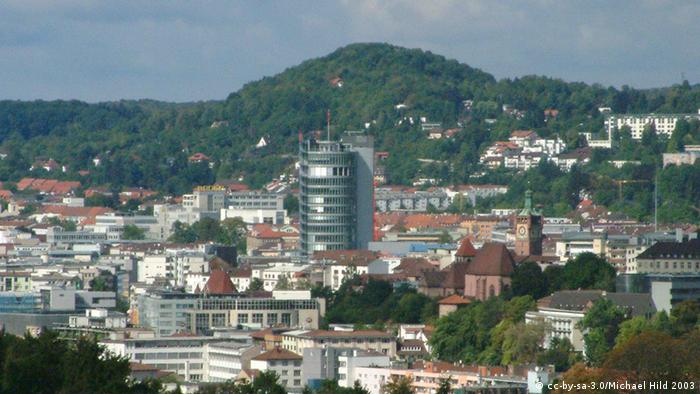 Wiped from the map?

A year after the end of WWII, author Alfred Döblin, one of Germany's most important modernists, wrote of Pforzheim:

Utterly vanished from the surface of the earth, razed completely to the ground, smashed to bits and pieces. No soul left here. Pforzheim - you have been wiped from the world's atlas.

"We are here tonight to bear witness to Pforzheim's resurrection, to the irrefutable fact that Pforzheim is still here," Manfred, whose parents were kilometers away in the neighboring village of Öschelbronn when the raid took place, told DW.

The reason Manfred came out to Monday's vigil, however, was about more than mere remembrance.

"Hate is where all this began," he said, visibly moved. "And it caused our city's destruction 70 years ago. You think I'm just going to let neo-Nazis march around here? We are not going to let hate destroy us ever again."