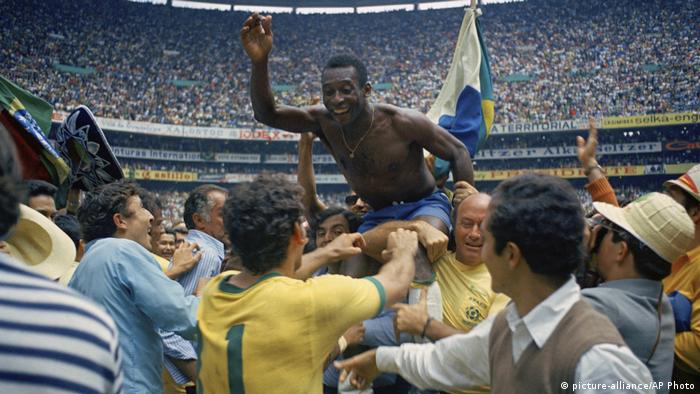 Contrary to widespread reports based on quotes from his son Edinho, three time World Cup winner Pele says his he remains healthy.

"I am doing fine. I will celebrate my 80th birthday this year. I have good days and others that are not so good. That is normal for people of my age," Pele said in a statement published by Brazilian media on Thursday.

That statement came after Edinho said his father has "a kind of depression" and is "embarrassed" by his deteriorating health, the soccer legend's son said on Monday.

The 49-year-old son of the former footballer told TV Globo: "He's pretty fragile. He had a hip replacement and didn't have an adequate or ideal rehabilitation." He admitted he had argued with his father because he had not done the physiotherapy required after a hip operation.

"He has this problem with mobility and that has set off a kind of depression. Imagine, he's the king, he was always such an imposing figure and today he can't walk properly. He's embarrassed, he doesn't want to go out, be seen, or do practically anything that involves leaving the house," his son added. "He is very sheepish, reclusive."

Pele, who will turn 80 later this year, spent most of his club career with Brazilian team Santos before moving to New York Cosmos, where he finished his playing days in 1977.

But it was his performances on the world stage that gave him the most recognition. The only footballer in history to win three World Cups, Pele won his first winners' medal in 1958 at the age of 17. His second came four years later, despite incurring an injury in the second game that ruled him out for the rest of the tournament. Pele lifted the trophy for the third and final time in 1970 in Mexico as part of what many consider to be the greatest national team to ever play the game.

Frequently described as the best footballer of all time, Pele took on a variety of ambassadorial roles after hanging up his boots, but his public appearances have become increasingly rare in recent years.

In 2014, he was placed in intensive care for dialysis after contracting a severe urinary infection.

In April of last year he traveled to Paris for a promotional appearance with France and Paris Saint-Germain striker Kylian Mbappe, but had to be hospitalized shortly after for kidney problems.

The Brazilian, whose real name is Edson Arantes do Nascimento, has only one kidney, after a broken rib during a match forced doctors to remove the other.

He's older than his boss and started playing before most of his teammates were born, but Kazuyoshi Miura is ready for one more season. The Japanese footballer turns 53 next month and will be playing in the top flight. (11.01.2020)

England's goalkeeper in their successful 1966 World Cup final against West Germany has died aged 81. Gordon Banks is best known for a save against Brazil's Pele in the 1970 World Cup. (12.02.2019)

A new study shows that people often misinterpret symptoms of depression in older people as the natural realities of aging. The findings could help more older Germans get the treatment they need. (27.11.2019)

Lionel Messi has been deemed the best player in the world by FIFA. It's hardly an earth-shattering surprise but there are still plenty out there who must contest it. DW's Matt Pearson thinks the whole debate is moot. (24.09.2019)