Despite the cancelation of Monday's PEGIDA march in Dresden, police officers have been patrolling the streets of the city. Followers and opponents of the anti-Islamization movement marched in other German cities. 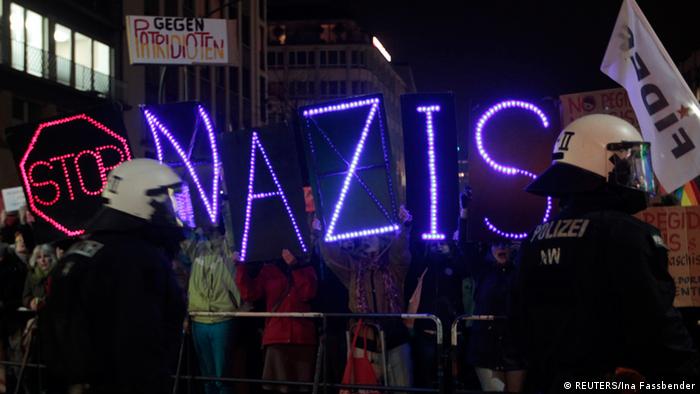 Police were out in force in Dresden on Monday evening because, according to a police spokesman, it could not be guaranteed that everyone had heard or accepted the decision banning the Monday rally. Therefore, the police were operating as if a demonstration of some 30,000 people was taking place, he said.

The PEGIDA march in the eastern German city of Dresden, which serves as an unofficial stronghold of the organization, was cancelled on Sunday over terror threats, specifically the threat to murder Lutz Bachmann, one of the movement's co-founders.

Police also banned a counter-demonstration planned by PEGIDA opponents, due to take place at the same time.

After the cancelation of the march, PEGIDA organizers (which translates to "Patriotic Europeans Against Islamization of the West") called on their supporters to "put a candle on their window" and hang German flags in support of the movement.

Although most German politicians have denounced PEGIDA as a xenophobic and extremist movement, they have also expressed support for their right to hold public protests. 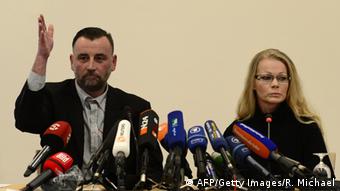 PEGIDA has planned a new rally for next Monday

Chancellor Angela Merkel said Monday that she had a duty to protect the right to demonstrate in Germany, regardless of the issue, and offered the support of federal security forces.

"As chancellor, regardless of whether I like the contents, I have an immediate interest in ensuring that there can be demonstrations in every place in Germany, because it is a fundamental right," Merkel said in Berlin.

PEGIDA leaders also said Monday that they will not allow themselves to be muzzled and that they would plan a new rally for next week. They insisted that they were not racists, and that they simply want "a different relationship between political leaders and people," according to PEGIDA co-founder Kathrin Oertel.

PEGIDA marches were still held in several cities across Germany on Monday, including Düsseldorf, Kassel and Stralsund, where a total of several hundred people continued the series of weekly protests. 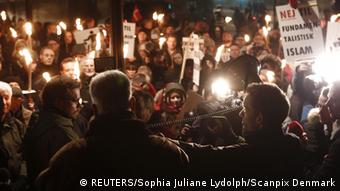 PEGIDA supporters met for the first time in Copenhagen

PEGIDA opponents, however, outnumbered the supporters. In Munich, some 10,000 people took to the streets calling for an open and tolerant society, while several thousands also showed up for a counter-demonstration in Osnabrück. The Braunschweig PEGIDA protest had to be canceled for security reasons, after some 5,000 PEGIDA opponents surrounded 250 supporters of the anti-Islamization movement.

Supporters of the Danish branch of PEGIDA also staged their first protest in Denmark, drawing some 200 people for a central rally in Copenhagen. On the same night, Oslo saw its second PEGIDA demonstration in Norway with around 70 participants.

Norwegian public radio reported that PEGIDA opponents, some 200 of them, were throwing snowballs at the supporters of the anti-Islamization movement.

The PEGIDA protest movement has sparked a fundamental debate in Germany: the right to demonstrate. However, the group's drama shouldn't be taken that seriously, says leading sociologist Dieter Rucht. (19.01.2015)