The conservative social network Parler has been under fire for failing to moderate extreme content. The platform was booted from Google's and Apple's app stores before losing its hosting platform, Amazon, too. 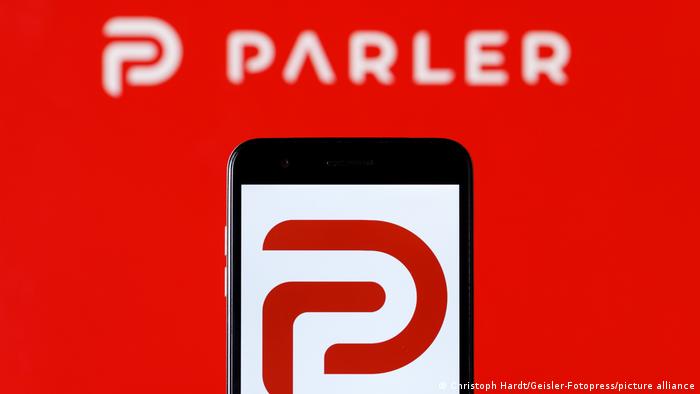 The Parler app is a conservative alternative to Twitter

That comes just after the tech giant Amazon informed Parler that it would lose access to its servers for its failure to properly police violent content.

The tracking website Down for Everyone or Just Me showed Parler offline from just after midnight, suggesting that its owners had not been able to find a new hosting partner, after Amazon announced that it would suspend service.

After being taken offline, Parler moved to sue Amazon over the shutdown.

The emergency lawsuit cited a lack of notice from Amazon, saying it was given less than 30 hours of warning rather than 30 days, as well as accusing it of antitrust violations.

How did Parler's CEO react?

Multiple US news outlets shared a post from Parler CEO John Matze, telling users on the platform that "we will likely be down longer than expected." He had previously predicted an outage lasting roughly one week.

In a series of posts on Parler several hours earlier, before the site went down, Matze accused the tech giants of a "war on free speech."

"They will NOT win! We are the world's last hope for free speech and free information," he said.

Parler was launched in 2018, as a counter to Twitter, giving users the ability to follow profiles and to write "parleys" instead of tweets.

Early on, the platform attracted a crowd of ultraconservative and even extreme-right users, but more recently it has seen a migration of more traditional voices affiliated with the Republican party.

Parler accused of inciting violence in US

Parler boasts more than 12 million users, though the mobile app analytics firm Sensor Tower puts the number at 10 million worldwide, with 8 million in the US.

But the app saw a surge of messages supporting last week's mob attack on the US Capitol in Washington, DC, along with calls for new demonstrations.

Google pulled the Parler smartphone app from its store on Friday, reporting that it had allowed postings seeking "to incite ongoing violence in the US," with Apple following suit the next day, after giving Parler a 24-hour deadline to act on complaints.