A court-appointed steering committee has been working to locate the families of children separated by a controversial border policy. The policy was overturned in court soon after it came to light. 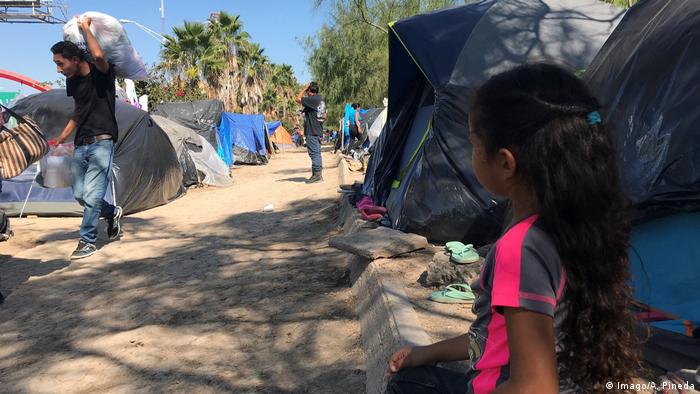 A court filing revealed that the parents of 545 children separated because of a US border policy cannot be found.

A steering committee appointed by the court has been trying to locate the families of separated children, as part of an ongoing process. The committee attempted to reach families of 1,030 children.

The American Civil Liberties Union (ACLU) rights group said its litigation had reported to the court that the parents had not yet been located.

Under its "zero tolerance" policy, the Trump administration had been separating migrant children from their parents at the southern border. A court order put a stop to the policy in mid-2018, unless parents were deemed to pose a "risk" to their children, leading to around 2,700 families being reunited.

However, it later emerged that more than 1,000 families had been separated under a pilot of this policy before 2018. The ACLU said it believed around two-thirds of those parents are believed to have been deported to their countries of origin. Volunteers had been searching by going door to door in countries like Guatemala and Honduras.

The children were released from government custody, and are most likely with a sponsor, said CNN.

The coronavirus pandemic had briefly put a halt to finding the parents of these children, but efforts have now resumed.

"It is critical to find out as much as possible about who was responsible for this horrific practice while not losing sight of the fact that hundreds of families have still not been found and remain separated," Lee Gelernt, deputy director of the ACLU Immigrants' Rights Project, told NBC. "Even before Covid, it was hard enough finding these families but we will not stop until we've found every one. Some of these children have been separated for years and were just babies at the time."

The ACLU and other organizations, which are part of the steering committee, have been able to contact 550 families of the separated children.

US government to allow indefinite detention of migrant children

The US Department of Homeland Security has said it intends to scrap a rule that prohibits the detention of migrant children for more than 20 days. The step is expected to be challenged in court.