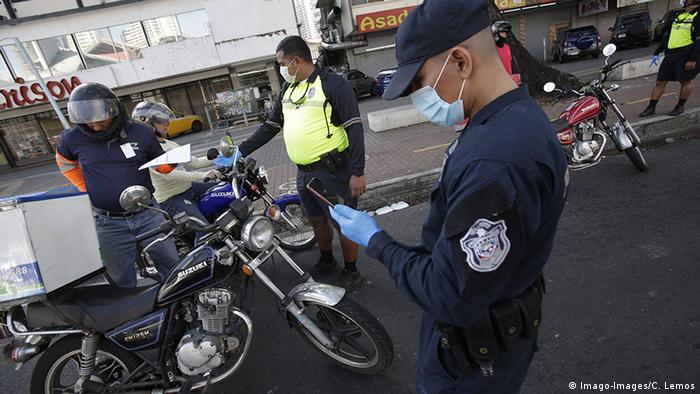 The Latin American country of Panama implemented a "gender-based" lockdown schedule on April 1, intended to curb the spread of the novel coronavirus.

This measure appears to have left a significant section of the population — transgender people — in the lurch.

According to the gender-based protocol, women are allowed to leave the house to buy essential goods on Monday, Wednesday and Friday, while men are allowed on Tuesday, Thursday and Saturday.

In a letter to the president, HRW said that transgenders were being harassed by authorities as their gender identity didn't 'conform' to the quarantine schedule. Panama's president didn't comment on the letter, according to the Associated Press.

The human rights watchdog cited several examples of harassment, such as the case of Mónica, a transgender woman, who was detained by the police when she tried to enter the supermarket on the designated day for men.

The police reportedly touched her breasts during a body search and 'mocked' her about being a man. "The measures raise red flags...for transgender people who are viewed by society as not falling necessarily in the traditional categories of men and women,” said Cristian Gonzalez Cabrera, an LGBT+ rights researcher at HRW.

Transgender people in Panama are being requested by authorities to show their gender identity on their national identity card or passport, while venturing out during the gender-based quarantine schedule. This has become an issue for transgenders who have a different gender assigned to them at birth.

According to Panama's National Civil Registry Agency, transgenders can only change their gender on official documents after undergoing a sex reassignment surgery. Bárbara Delgado, a transgender woman, was detained for more than three hours and fined $50 by the police as her national ID card stated her gender as 'male'.

Despite provisions, transgender and non-binary people reported harassment in Colombia and Peru owing to the quarantine policy.

Panama currently has over 5,000 cases of the novel coronavirus while Peru and Colombia have over 20,900 and 4,500 cases, respectively, according to the John Hopkins Coronavirus Resource Center.