The Panama Canal's handover from the United States 20 years ago has been marked in Panama amid water supply worries. Managers say less rainfall due to climate change has depleted the inter-ocean conduit's Gatun Lake. 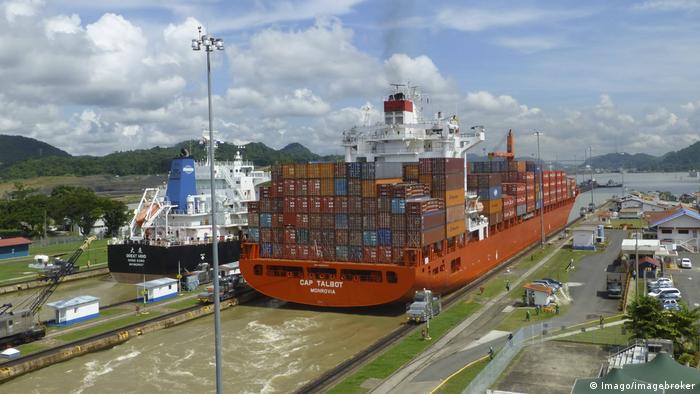 President Laurentino Cortizo hoisted a giant Panamanian flag outside Canal headquarters Tuesday as its operators mused over low water levels — compounded by its expansion in 2016 into a third lane to serve mega ships transiting between Asia and the US eastern seaboard.

Gatun Lake, which sustains the waterway and provides local drinking water, is also losing volume by evaporation, with its temperature up 1.5° Celsius in the past decade.

Currently, the region's rainfall deficit is 27% compared with the average, said the ACP. 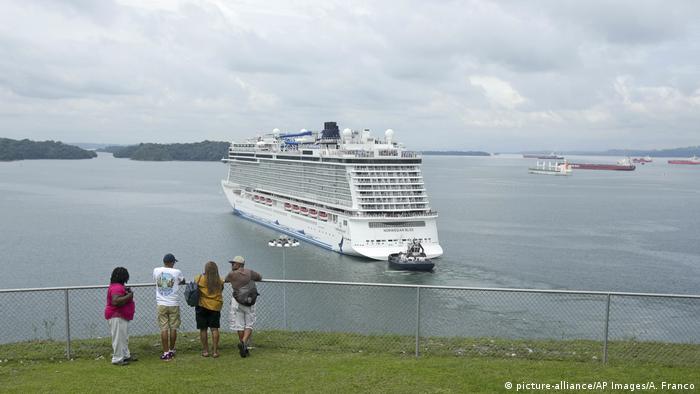 Other routes as polar ice melts?

Already, canal officials fear that ships transiting Pacific-Atlantic waters across the narrow Central American isthmus will opt for other global routes, such as Egypt's Suez Canal or Arctic transits north of Russia or Canada as polar ice melts.

France had begun work on the canal in 1881 but mass tropical disease mortality among workers and engineering problems stymied efforts. Container ships represent more than half of the traffic through the expanded canal, followed by liquefied petroleum gas (LPG) carriers and liquefied natural gas (LNG) carriers, according to the canal authority.

Panama has broken links with Taiwan and established formal relations with China. The communist state is the second-biggest client of the Panama Canal. (13.06.2017)

Panama has lost over half of its mangroves to development and the tanning industry. But now a group of school children have taken up the cause of defending these important forests. (28.02.2017)

The container ship COSCO Development has set a record as the biggest vessel to date to cross the expanded Panama Canal, which has seen a steady increase in shipping traffic since its inauguration in June last year. (03.05.2017)

A giant container ship blocking the Suez Canal has put the vulnerabilities of global trade center stage. DW looks at the major shipping routes most at risk from unforeseen events.