Palestinian refugees question ramifications of statehood | World| Breaking news and perspectives from around the globe | DW | 20.09.2011

Efforts by Mahmoud Abbas to push for full UN membership of a Palestinian state have sparked mixed feelings among Palestinian refugees living in Lebanon, many of them for decades. 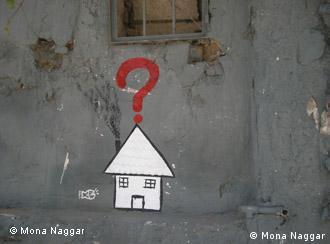 The bid seems to pose more questions than answers

Ain al-Helweh looks like a slum. The streets are dark and narrow and the road is riddled with potholes. The area is full of two- and three-storey buildings and small grocery stores and workshops. The grey plaster on walls is peeling is several places and the buildings appear makeshift.

Ain al-Helweh is the largest of 12 Palestinian camps in Lebanon. About 40,000 people live here within its cramped confines. The camp is located close to the southern Lebanese town of Sidon and has in the past decades become an extension of the city.

Riham Ali was born here, but it doesn't feel like much of a home. "For me, this is hell," the 21-year-old says.

There are no real streets and the whole place is crowded and stifling. Water and electricity are very often turned off, she says. 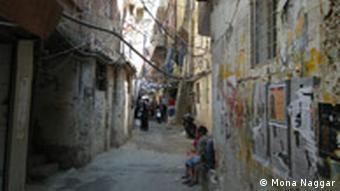 Riham is also angry about the constant checks and controls carried out by the Lebanese army.

"They stand at the entrance to the camp and I often argue with them because sometimes I refuse to show them my identification documents."

Dreaming of a return

Like most inhabitants of Ain al-Helweh, Riham is of Palestinian descent. Her family had to leave their home with the 1948 establishment of the state of Israel. Riham's grandparents are from Safad, a place that's located today in northern Israel. Riham is determined that she will one day return there.

A return to the land of their ancestors is like a dream that is passed on from parents to their children. It's a dream that has helped refugees to endure their lives on the margins of Lebanese society.

Riham, who's already a trained accountant, is studying once again - this time to become an engineering assistant. But she believes that there's still little chance of her finding a job.

"My future is already wrecked," she said. "I study and I study, but without the prospect of success. Nobody will hire me because I am Palestinian."

Palestinian refuges in Lebanon are subject to special regulations. They aren't allowed to practice several professions outside the camp and nor can they own property.

The legal discrimination is justified by Lebanese politicians on the grounds that Palestinians should not permanently settle in their host country. There are fears that the mainly Sunni Palestinians could alter the religious and ethnic composition of Lebanon.

Many young Palestinians like Riham hope that the proclamation of a state would greatly improve their situation, giving them the same rights that Arab citizens in other countries enjoy. 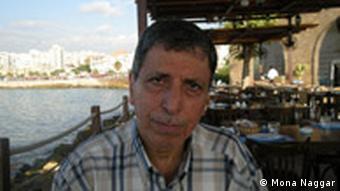 No faith in politics

But many older people are skeptical, having long since lost faith in politics. 88-year-old Abu Salih was forced to leave his village in present-day Israel when he was 25.

He has no hope of ever going back there, but sees more optimism among younger generations.

"My children still have hope," he said. "They were born here and know nothing about Palestine but they would give anything to live there."

But Abu Salih is convinced that an independent Palestinian state would do nothing for refugees such as those in Ain al-Helweh.

It's refugees like him who are the biggest losers of the Palestinian-Israeli peace process which culminated in the 1993 Oslo accord and the formation of a Palestinian authority.

Negotiations over their future were ruled out and subsequent talks failed. It is unclear what the consequences would be for the Palestinian refugees in neighboring countries if a Palestinian state were to be declared that consists of the West Bank and the Gaza Strip.

According to the United Nations Relief and Works Agency for Palestine Refugees, there are some 455,000 Palestinians living in Lebanon alone.

"The discussions about the legal consequences of this plan have not really begun among Palestinians, academics and the media," said Jabir Sleiman. With German backing, Sleiman has helped set up "Aidoun," a group that aims to improve the rights of refugees. 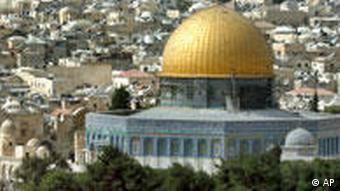 Sleiman said there are still plenty of open questions that need to be dealt with. "What consequences would the issuing of Palestinian passports have for us refugees from 1948?" he said. "Will we lose our refugee status then and will we be prevented from returning to our villages that we were forced to leave 63 years ago?"

Sleiman, who's 66, originally comes from a village south of the Israeli city of Jaffa. He has lived in Sidon in Lebanon for decades.

He says championing the right of refugees to return remains his priority regardless of the Palestinian bid for full statehood.

The first and most important step is to have Israel acknowledge the right for the 1948 refugees to return, he said. For that to happen, there has to be a political will internationally.

Sleiman cites UN Security Council Resolution 194 that guarantees the return of the refugees as well as compensation and a return of their property.

"We want to return to our own villages - not just simply go anywhere," he said.

Opinion: Obama sees US influence on the wane

This week the United Nations is facing one of the most intransigent conflicts in the world, as the Palestinian Authority makes a bid for full membership. But what's the view of the Palestinian diaspora in Germany? (19.09.2011)