Pakistani Taliban vow to avenge Rohingyas | Asia| An in-depth look at news from across the continent | DW | 26.07.2012

Experts say that the Taliban could attack Pakistan's small Buddhist community in retaliation for the killings of Myanmar's Rohingya Muslim community. 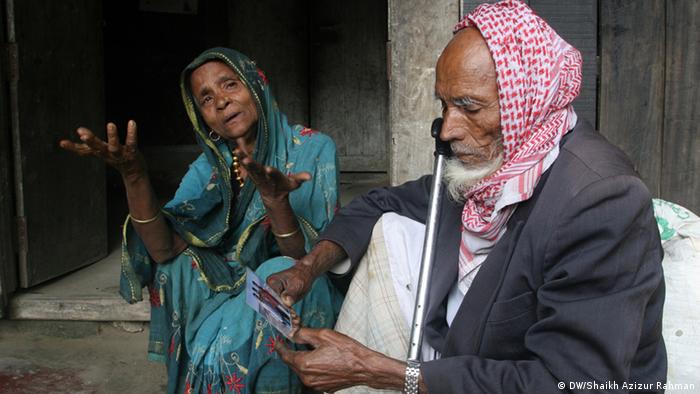 On Thursday, the Pakistani Taliban's spokesman Ehsanullah Ehsan said in a statement that the Pakistani government should "halt all relations" with Myanmar and close down the country's Islamabad embassy. Otherwise, he threatened, the Taliban would attack Burmese interests and people in Pakistan who support Myanmar.

Experts have pointed out that this is a rare move for the Pakistani militants whose focus has tended to be Afghanistan and the US.

Anwar Iqbal, a Washington-based Pakistan expert, told DW that the Taliban were "trying to exploit the situation."

"They want to win sympathies of the Muslims around the globe," he said. 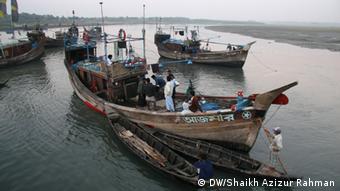 Thousands of Rohingyas have fled to other countries

Although the Pakistani Taliban are not in a position to stop the persecution of Myanmar's Rohingyas, Pakistani experts fear that the extremists might attack diplomats from Buddhist countries and damage historical Buddhist sites in Pakistan's Taxila region.

"It will be a great tragedy if they manage to attack these historical sites because the Taxila Stupas are part of the international heritage," Iqbal said. "They should be protected."

In March 2001, the Taliban who were then in power in Afghanistan, provoked an outcry across the world when they destroyed two giant statues of Buddha in Bamiyan.

Plight of the Rohingyas

Dozens of people have died and thousands have become homeless during recent clashes between ethnic Buddhist Rakhine and Muslim Rohingyas in Myanmar.

Amnesty International has accused the country’s security forces as well as the Rakhines of assault, rape and unlawful killings, as well as of looting Rohingya households.

Myanmar's Rohingyas live predominantly in the western state of Rakhine. They are not officially recognized by the Burmese government as an ethnic minority group, and for decades they have been subjected to discrimination and violence by the Buddhist majority.

Viewed by the United Nations and the US as one of the world's most persecuted minorities, many Rohingyas have fled to neighboring countries such as Bangladesh and India to escape persecution.

Despite the fact that Myanmar has embarked on a series of political and economic reforms, human rights organizations and activists say the situation of Myanmar's ethnic communities has not improved significantly. 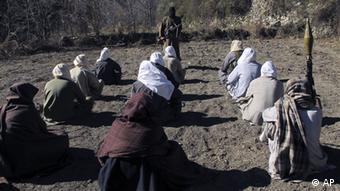 The Pakistani Taliban are responsible for killings thousands of Pakistanis

The Islamabad-based journalist Waseem Abbasi told DW that the Pakistani government must do something to protect Rohingyas from "state-sponsored persecution."

"Irrespective of the demands by the Taliban to halt relations with Myanmar, it is Pakistan's duty as a Muslim country to raise its voice against this massacre," he said.

Anwar Iqbal warned against going too far however: "Pakistan should condemn the massacre but there is no need to sever ties. And I think Islamabad will not go to that extent. The Pakistani military shares good ties with the Burmese generals."

The journalist Nasir Tufail meanwhile said the Pakistani Taliban were being hypocritical again.

"They never say a word against the killings of Baloch people in Pakistan," he said. "People are being shot dead in Karachi every day and we do not hear a word from the Taliban against these shootings. But they choose to talk about Myanmar. It is ridiculous."

He is one of many in Pakistan to hold the Taliban responsible for hundreds of suicide attacks and the killings of thousands of their countrymen.

Rohingya families risk their lives to escape persecution in Myanmar

In a desperate attempt to sneak into Thailand and cross over to Malaysia to seek asylum, many stateless Rohingya Muslim families from Myanmar’s Arakan state have booked seats on illegal ferries. (25.07.2012)

Refugee rights activists say Bangladesh is acting against international humanitarian law in turning back Rohingya refugees from Myanmar. However, Dhaka says it is doing nothing wrong and must put its own people first. (17.07.2012)

Rohingya: not welcome on either side

The Rohingya plight is overshadowing Aung San Suu Kyi's historic tour of Europe. Supporters of the military and the democracy movement have one thing in common: hate for the ethnic minority. (22.06.2012)