′Pakistani army involved in Baloch kidnappings′ | Asia| An in-depth look at news from across the continent | DW | 06.12.2013

Malik Siraj Akbar, a Pakistani expert living in exile in the US, says Pakistani security agencies are involved in grave human rights violations and the abduction of activists in Pakistan's Balochistan province. 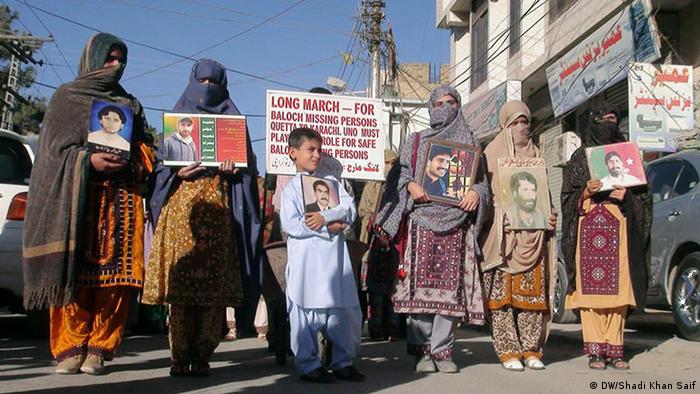 DW: Pakistani security agencies have once again failed to present the missing Baloch people to the Supreme Court despite a December 5 deadline. Why are the Pakistani authorities reluctant to comply with the court's orders?

Malik Siraj Akbar: In Pakistan, the military, its intelligence agencies, and the security establishment have historically remained unaccountable to anyone, including the superior judiciary. They have enjoyed absolute impunity for all their extrajudicial actions over the years. In Balochistan, the same intelligence agencies and the army are blamed for perpetrating enforced disappearances.

The security agencies are unwilling to comply with the court's order because they believe, although without evidence, that the missing persons are closely connected with Baloch separatist organizations. Multiple government institutions such as the Inter-Services Intelligence (ISI), the Military Intelligence (MI), and the Frontier Corps Intelligence (FCI), are involved in whisking away these people.

According to the Asian Human Rights Commission, the Pakistani army operates dozens of illegal underground torture cells in different parts of the country and various intelligence agencies do not share complete information with each other about their operations and torture cells. Rights groups believe these people are languishing in these cells. The Supreme Court intervention seems to have overwhelmed the security apparatus but there is still not a single institution or a person who knows everything about every missing person. It is a very chaotic situation.

Defense Minister Khawaja Asif recently told the apex court that no "missing persons" were in the government's custody. In whose custody are they then?

The minister is right in a way. While the civilian government has control over the police department and the civilian intelligence bureau, the Pakistani army is not under civilian control. It is the army and the intelligence agencies that are involved in enforced disappearances and the Pakistani army certainly does not brief the civilian government about its operations, detention centers and investigation methods. And Balochistan is one of those areas which the army strictly keeps under its control under the pretext of "national security." I believe even Prime Minister Nawaz Sharif, just like former President Asif Ali Zardari, has no clue about the whereabouts of the missing Balochs. 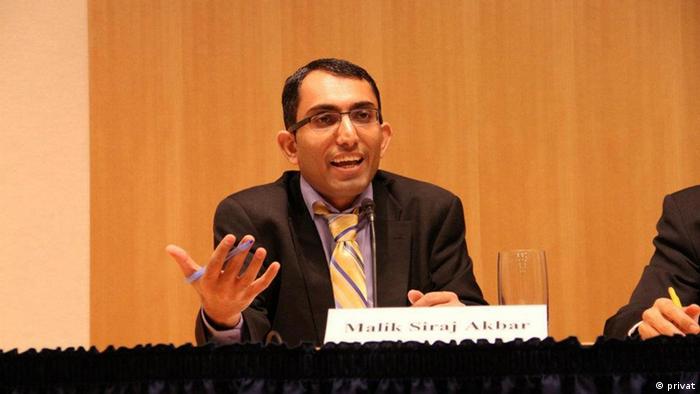 The US policy towards Balochistan has been deeply disappointing, says Akbar

How significant is the "long march" of the Baloch people from Quetta to Karachi. Has it achieved its objectives?

The long march is a milestone in Balochistan's struggle for civil rights and justice. The peaceful march also indicates that most of the missing persons are not linked with the Baloch separatist groups. If they were affiliated with such groups, their families would surely be reluctant to share their photos and detailed biographies with the media. They would not ask for an open investigation under the country's judicial system. By walking 700 kilometers in the quest for justice and human rights, the long march leader Mama Qadeer and his colleagues did something that I often say even Mahatma Gandhi, Martin Luther King and Nelson Mandela couldn't do.

There has been very little coverage of this march in Pakistani media. Why is this?

There is insufficient coverage of everything related to Balochistan in the Pakistani media. The long march was not an exception. The Pakistani media also sides with the army's policy on most issues related to Balochistan. I do not think it is only due to the military's pressure. It is simply because most Pakistanis do not know much about Balochistan; they have never been there and they do not know what their army is doing there. With the media so ignorant, you can imagine how little the Pakistani public knows about the situation there. The media is indeed responsible for intentionally giving a cover-up to the army's human rights abuses in Balochistan.

What are the 'long march' organizers demanding?

Actually, the organizers of the long march have been protesting since 2005 in different ways. They have been holding hunger strike camps, demonstrations in front of local press clubs, the Balochistan High Court, and the Supreme Court of Pakistan in Islamabad. Their protests never attracted much attention. The reason they chose to walk from Quetta to Karachi was to raise more awareness for their cause because the Nawaz Sharif government is less enthusiastic than the preceding Pakistan People's Party's to resolve the Balochistan conflict.

The protestors are demanding that their relatives be resurfaced, given access to lawyers, and produced before the court. They say if the courts convict their relatives, they will accept the verdict. They also demand that kidnappings, torture and murder should end.

Baloch men and women have taken to the road in a protest over apparent kidnappings. They are demanding the Pakistani government locate and return hundreds of Balochs allegedly abducted by security agents. (01.11.2013)

Pakistan Supreme Court's Chief Justice has refused to meet a UN delegation which is in Pakistan on a 10-day mission to investigate cases of missing people, allegedly picked up by country's intelligence agencies. (11.09.2012)

There was hope that Abdul Malik, the new chief minister of Balochistan, would resolve the Baloch conflict. Have you seen any progress in this regard since he took the reins of the provincial government?

The conflict is not between Baloch separatists and the chief minister. It is a conflict between the Baloch people and the Pakistani army and the federal government. The chief minister cannot do much to resolve this issue considering his limited influence over the army, the intelligence agencies and even the Baloch separatists. As expected, he has not managed to make an iota of progress in resolving the conflict.

What do you propose Islamabad do to address the demands of the Baloch people?

The demands of the Baloch separatists and the organizers of the long march are totally different. It is still possible for Islamabad to control further damage in Balochistan by resurfacing the missing persons so that anti-Pakistan sentiments do not further trickle down to the common Baloch people. The separatists are, ironically, not in a hurry. They believe the more Islamabad commits rights abuses, the more their support base broadens among general public.

Malik Siraj Akbar is a political expert and the editor-in-chief of Balochistan's first online English language newspaper, The Baloch Hal. He is the author of The Redefined Dimensions of Baloch Nationalist Movement, a former Hubert Humphrey Fellow (2010-11) at Arizona State University, and a former Reagan-Fascell Democracy Fellow at the National Endowment for Democracy in Washington D.C..