Pakistan hands over Taliban prisoners to Afghans | Asia | An in-depth look at news from across the continent | DW | 15.11.2012

Pakistan has released several Afghan Taliban prisoners to "facilitate the peace process" in Afghanistan. However, experts say this should not be mistaken for a change in Islamabad's Afghanistan policy. 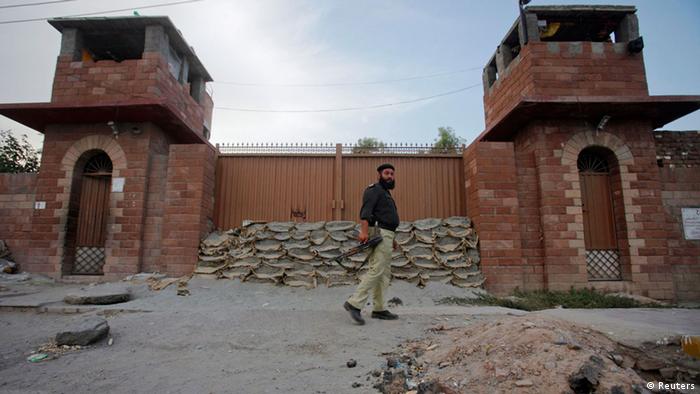 Pakistani officials said on Wednesday that the government had decided to free several Afghan Taliban prisoners in order to bolster peace efforts in neighboring Afghanistan.

"A group of Afghan Taliban has been released and they are accessible to anyone who wants to contact them," a Pakistani foreign ministry official told the German news agency, dpa.

The news was confirmed on Thursday after a series of meetings in Islamabad between Afghan peace mediators Pakistan's top leaders and religious figures. A joint statement issued said the negotiating parties had agreed to cooperate to allow safe passage for "potential negotiators amongst Taliban" to attend future talks.

Dozens of mid-level and senior Taliban commanders - who fled to Pakistan after the NATO forces attacked Afghanistan and toppled the Taliban regime in 2001 - are being held in Pakistani jails.

The decision to release Taliban prisoners came during the meetings between Afghanistan's High Peace Council delegation - led by Salahauddin Rabbani - and Pakistani authorities in Islamabad.

The Afghan peace delegation - which arrived in Islamabad on Monday on a three-day visit - met with Pakistan's civilian and military leadership to discuss ways to persuade the Taliban militants to end the decade-long insurgency in Afghanistan.

The Afghan Taliban spokesman Zabiullah Mujahid told dpa that it was "too soon to comment" on Islamabad's decision. "The Islamic Emirates (the Taliban's name for Afghanistan) will announce its reaction soon after the decision of the leadership meeting." 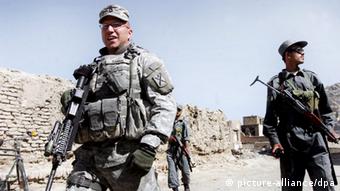 Eager to pave the way for an exit, the US is trying to hold talks with the Taliban

The number of freed Taliban leaders is said to be less than a dozen and it does not include Mullah Abdul Ghani Baradar, the Taliban's former deputy leader. Baradar was arrested in the southern Pakistani city of Karachi in February 2010.

"We aren't too certain whether they (the released Taliban leaders) can play an important role in peace negotiations but it is a positive gesture from Pakistan in helping peace efforts," an Afghan official told the Reuters news agency.

The Afghan government and the US are trying to hold separate peace talks with the Afghan Taliban in the hopes of finding a peaceful solution to the decade-long war.

The US is winding up its operations in Afghanistan against Islamist militants and NATO troops are scheduled to withdraw from the war-torn country in 2014.

Afghanistan has long criticized Pakistan for not giving it access to imprisoned members of the Taliban leadership. The Afghan government and the US accuse Pakistan's Inter-Services Intelligence agency (ISI) of supporting its favorite Taliban factions to use them as a bargaining chip while dealing with Kabul and Washington.

Experts say that, despite the fact that Islamabad has agreed to hand over some Taliban leaders to Afghan authorities, it is unlikely that it is going to abandon its policy of maintaining strategic influence in Afghanistan through the Taliban. 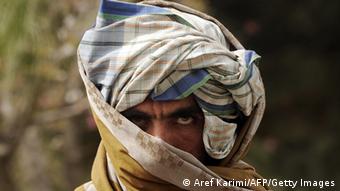 Dr. Moonis Ahmar, professor of International Relations at Karachi University, told DW that peace efforts in Afghanistan were in Pakistan's own interest. He said that Pakistan did not want to see a civil war in Afghanistan after the withdrawal of NATO troops from the country in 2014. For that reason, Ahmar said, Pakistani authorities had been trying to use their influence on some "moderate Taliban leaders" to engage in talks with the Afghan government and the US.

"It is not clear on what terms and conditions these Taliban leaders are being released," Ahmar said. "The Afghan government has clearly said that it will only talk to the Taliban if they agree to certain rules and abandon the use of violence. I am not sure that those who are being freed have agreed to these terms."

Ahmar also told DW that Saudi Arabia had been playing a big role in the Afghan reconciliation efforts at the behest of the US government, suggesting that the deal between Kabul and Islamabad for the prisoners' release could be facilitated by Riyadh. 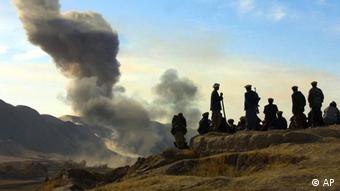 Experts, however, say that Pakistan would not favor any government in Kabul which did not protect its interests. They say that, despite its willingness to set some Taliban leaders free, it will still bargain with the US and Afghanistan through leaders like Baradar.

Experts say that the US and other NATO countries have to find a way in which Pakistan, particularly its powerful military generals, feels that its interests are not compromised.

Ahmar concluded that the lasting solution of the Afghan conflict depended on how India and Pakistan came to an agreement about their respective roles in the post 2014 Afghanistan.