The statue of British imperialist Cecil Rhodes came under renewed fire during last summer's Black Lives Matter protests. Despite reccomendations to remove it, college officials said it would be too costly to take down. 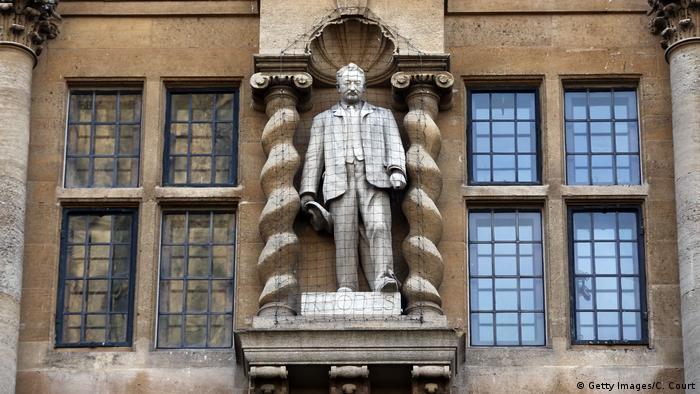 An Oxford University college decided on Thursday not to remove a statue of diamond trader Cecil Rhodes after first deciding to take it down.

The movement to remove the statue of Rhodes, who got rich with mining in southern Africa during the 19th Century, intensified during last summer's Black Lives Matter protests.

Why did people want the statue removed?

Rhodes made a fortune importing diamonds and gold to the UK, mined by workers in harsh conditions in African colonies. He founded the De Beers diamond company.

Rhodes was a graduate of Oxford's Oriel College, and left his old college a large sum of money upon his death, which turned in to the Rhodes Scholarship. The prestigious scholarship allows students form around the world to attend the university, with former US President Bill Clinton among its graduates.

Rhodes, like many of his fellow imperialists, was a white supremacist who also implemented racial segregation measures.

The British colony of Southern Rhodesia was named after the mining magnate, and the unrecognized state, whose borders were broadly analogous to modern Zimbabwe, briefly kept the name Rhodesia before becoming a fully autonomous republic under majority Black rule in 1980. 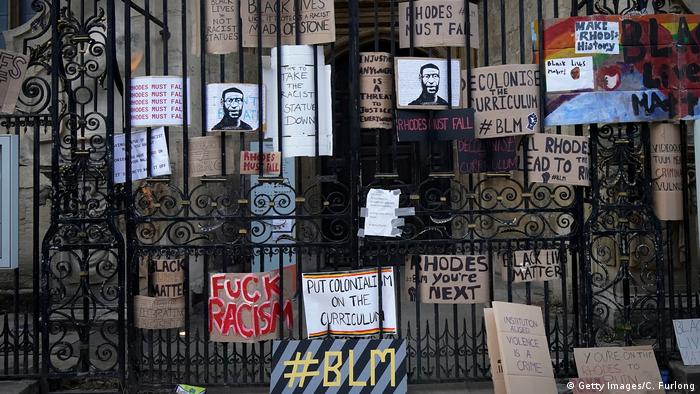 While the "Rhodes Must Fall" campaign has existed for years, pressure mounted during anti-racism protests last year

Campaigners had been wanting to remove the statue for years, although this came to a head during last year's anti-racism protests across the globe.

A specially appointed commission for Oriel College, where the statue is located, recommended taking down the statue.

But on Thursday, the college's governing body said it would keep it in place, citing "regulatory and financial challenges."

What has the college said?

The governing commission said in Thursday's statement that going through with the removal process "could run into years with no certainty of outcome."

Oriel College Provost Neil Mendoza said he was aware the apparent change in position could be "disappointing to some."

Postcolonial Europe: The significance of memory

"It has been a careful, finely balanced debate and we are fully aware of the impact our decision is likely to have in the UK and further afield," he said.

The governing body at Oriel College has instead committed itself to "improving educational equality, diversity and inclusion" among students and academics.

Another statue of Rhodes was displaced from South Africa's University of Cape Town in 2015.

Correction: A previous version of this article stated Zimbabwe had gained independence in 1970. This has been corrected.

Before the work is publicly displayed, Orban's far-right supporters have called for the destruction of a sculpture honoring the Black Lives Matter movement.