Over 100 migrants saved in the Mediterranean

More than 100 people were adrift at sea in rubber boats trying to reach Europe. Hundreds of people have died in the Mediterranean Sea this year in their search for a better life. 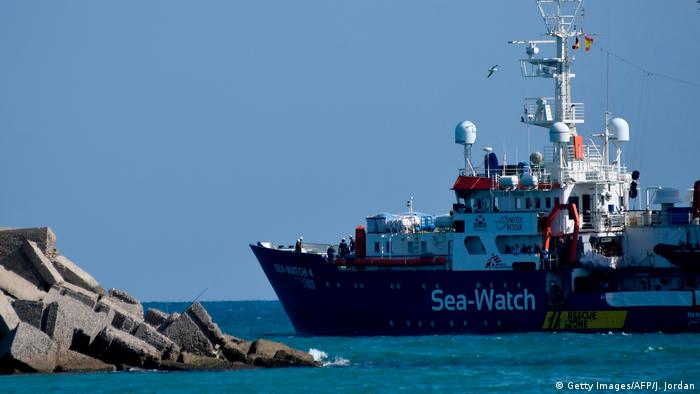 Over 100 migrants were saved in the Mediterranean on Friday due to the efforts of German NGO Sea-Watch and the Italian navy. The migrants were adrift at sea in rubber boats.

The Sea-Watch 4 rescue ship took in 77 people including 11 women and a baby, according to the NGO's official Twitter account. The ship recently departed the Spanish port of Burriana after it was detained by Italian authorities for months.

The Sea-Watch 4 rescued another 40 people on Thursday, with the vessel now having 121 migrants on board.

In a separate mission, the Italian navy said Friday it rescued nearly 50 people from a dingy that was floating north of Tripoli, Libya.

On Sunday, the Italian coast guard said it had also rescued over 100 migrants on a fishing boat.

Germany's Sea-Eye 4 sets out for Mediterranean

Sea-Eye 4: A German ship saves lives on the Med

Why are migrants traveling across the Mediterranean?

According to the UN, some 480 people have perished in the central Mediterranean so far this year. The migrants are fleeing instability in Libya and other African countries, and also seeking better economic opportunities in Europe.

UN children's agency UNICEF said Friday that children and unaccompanied minors frequently attempt the dangerous journey across the Mediterranean. The agency said there are 65,000 underage migrants living in Libya, who are frequently threatened with abuse and exploitation by traffickers and other nefarious actors.