Outsourcing Made in Germany | Business| Economy and finance news from a German perspective | DW | 22.07.2004

Using the threat of moving jobs abroad as a bargaining chip to get labor concessions is becoming popular amongst German companies. But there's more to outsourcing than the heated political debate it's created. 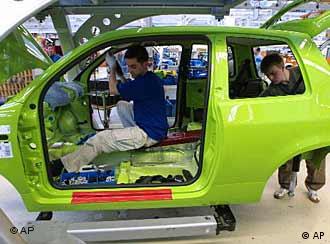 Made in Germany...or is that Hungary?

Shifting jobs to low-wage countries to save costs isn't a particularly new phenomenon to Germany. But in recent months it has become an extremely sensitive topic in a country plagued by chronically high unemployment. German Chancellor Gerhard Schröder even called corporate outsourcing efforts "unpatriotic" this spring.

"In the mid-1990s there was a wave of moving manufacturing jobs out of the country," Dr Stephan Wimmers from the German Chamber of Industry and Commerce (DIHK) told DW-WORLD. "But now Germany is also losing its advantage for better quality and capital-intensive jobs."

Part of the new scrutiny of outsourcing began this spring when Germany’s low-wage eastern neighbors Poland and the Czech Republic finally joined the European Union. But a full-blown nationwide debate on the issue started in earnest in June, after electronics giant Siemens convinced German workers that 2,000 jobs would be moved to Hungary unless they moved from a 35-hour to a 40-hour workweek without added pay. 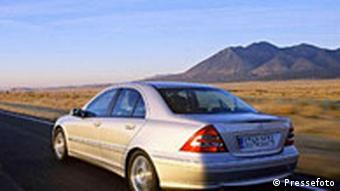 That encouraged several big companies to follow suit with similar offshoring threats. Carmaker DaimlerChrysler is currently in talks with workers over the fate of 6,000 positions at its plant in Sindelfingen near Stuttgart. Unless it saves €500 million in annual labor costs, DaimlerChrysler has said it will move production of its Mercedes C-class to cheaper sites in Bremen and South Africa.

But whereas in Germany offshoring has become synonymous for any attempt to move jobs abroad, in the United States and Britain it frequently refers more specifically to outsourcing customer service call centers and IT positions to cheaper facilities overseas.

That type of classic outsourcing has been slow to take off in Germany, stymied by the country's restrictive labor laws, language issues and the conservative nature of Germany's corporate culture.

“Compared to US and UK companies, German interest in outsourcing has been much smaller,” said Andrew Parker, an analyst for technology consultancy Forrester. Although that was beginning to change, he said German offshoring was developing its own special focus. 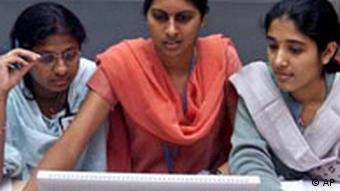 Wipro employees undergo training in the use of specialized software to provide services to overseas clients at the company in Bangalore, India.

India remains the dominant outsourcing destination for British and American firms, partly due to the high number of proficient English speakers there. Plenty of German companies also farm out IT jobs and other back-office tasks to "offshore" Indian operations, but Parker said Germany was looking more to "nearshore" Central and Eastern Europe for many of its outsourcing needs.

Although it was more expensive than Asia, Parker said German clients appeared willing to pay a premium for geographic proximity and German language skills. “There are Russian firms that still have a strong reservoir of German speaking developers in Moscow and St. Petersburg that they can tap into as needed,” Parker said.

The benefits of language are obvious, but sometimes the "nearshore" helps facilitate "offshore" activities. For example, US outsourcing giant EDS each day ships truckloads of paper documents from clients in Germany to its operations in nearby Hungary so they can be scanned into the company’s database, thereby allowing the information to be processed electronically elsewhere around the world.

However, offshoring isn't quite as simple as just siphoning off jobs to low-wage countries in Eastern Europe and Asia. Surprisingly, it is also leading to more positions inside Germany, at least for outsourcing companies.

Chaudhuri said he needed to expand his 200-person office near Frankfurt in order to take advantage of corporate Germany's increasing appetite for outsourcing. The burgeoning workload also means Infosys is training people in India to become familiar with German culture.

"They can’t all be in Germany but they need to know how it is here. The whole idea is to be as German as possible," he said.

DaimlerChrysler Board May Take Salary Cut

To help defuse a growing labor dispute over longer working hours for employees, top managers at carmaker DaimlerChrysler appear ready to accept large salary cuts. The company had threatened to move jobs to save costs. (July 18, 2004)

With Siemens threatening to relocate jobs to eastern Europe, the IG Metall trade union caved-in on a sacred issue: the 35-hour work week. This could be the start of a trend towards longer hours for workers across Germany. (June 29, 2004)