Outrage in Mexico over immigration policies ahead of Rex Tillerson talks

Mexico's human rights chief said the plan to deport non-Mexicans to Mexico was "hostile" and "unacceptable." Top White House representatives are in Mexico to walk the country through new laws. 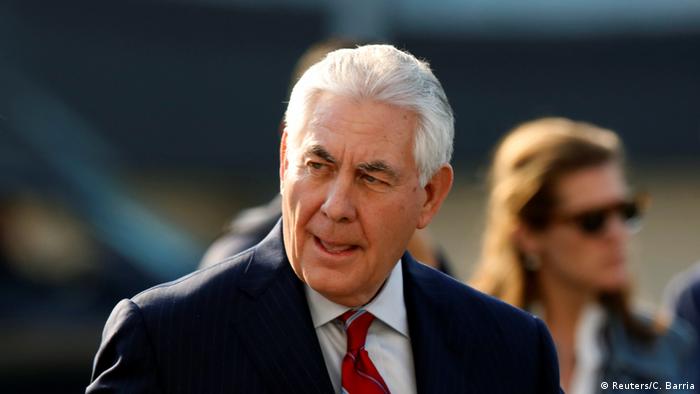 Mexican leaders expressed outrage at US President Donald Trump's trade and immigration policies ahead of a Thursday meeting with US Secretary of State Rex Tillerson.

Tillerson's counterpart in Mexico, Luis Videgaray, said there was no way Mexico would accept Trump's new rules, which among other things seek to deport non-Mexicans to Mexico.

"I want to say clearly and emphatically that the government of Mexico and the Mexican people do not have to accept provisions that one government unilaterally wants to impose on the other," he told reporters at the Foreign Ministry.

"We don't have to, and it is not in the interest of Mexico," hinting that Mexico may challenge the new policies at the United Nations or other international bodies.

Tillerson arrived in Mexico City late Wednesday and was later joined by Homeland Security Secretary John Kelly for talks the White House said would "walk through" the implementation of Trump's immigration orders. The two planned to meet with President Enrique Pena Nieto and with Mexico's top defense, finance and diplomatic officials. 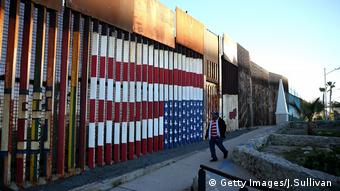 Sean Spicer says the relationship between the two countries is healthy

Kelly's department unveiled plans on Tuesday to consider almost all illegal immigrants subject to deportation, seeking to deport many of them to Mexico if they entered the US from there, regardless of nationality.

Roberto Campa, who heads the human rights department of the Interior Ministry, said the plan to deport non-Mexicans to Mexico was "hostile" and "unacceptable."

Relationships between the two countries are at historic lows after Trump outraged the country by vowing to build a wall along the southern US border to keep out migrants, whom he branded rapists and criminals during his presidential campaign.

Last month President Pena Nieto canceled a meeting with Trump in Washington over Trump's insistence that Mexico would pay for the wall.

"I think the relationship with Mexico is phenomenal right now," Spicer told reporters.

"It's significant that the president is sending the secretaries to Mexico so early in the administration. It's symbolic of the meaningful relationship that our two nations have.

"These are important meetings regarding the president's agenda to improve the quality of lives for both people of Mexico and the United States by combating drug traffickers and finding ways to bolster both our economies through a broader relationship that promotes commerce and legal immigration."