Their destructive power sweeps away everything in their path – but what volcano eruptions leave behind is a fertile environment that bursts forth with life. 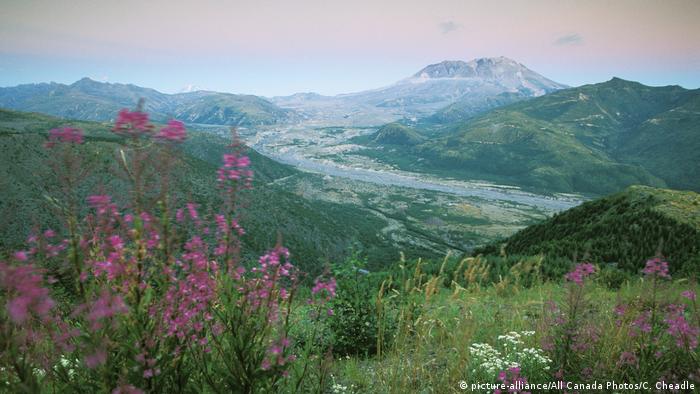 When you think of a volcano eruption, destruction and devastation, recently witnessed in Hawaii, spring to mind. Although their catastrophic power isn't doubted, the positive ecological benefits of the aftermath, and nature’s ability to return, shouldn't be underestimated either.

A large variety of animals and plants, killed by the lava and the ensuing volcanic ash, can quickly return to the volcano area and rebuild the ecosystem, even after a huge eruption.

Lava can be a rich source of nutrients, including iron, potassium and sodium, so soil consisting of volcanic rocks and ash is extremely fertile, boosting vegetation growth. It also makes for prime agricultural land.

One of the first ways life returns to areas destroyed by a volcano eruption is often through small plants like mosses, which help break down rock into soil for other plants grow in.

Mount St. Helen's, in the state of Washington, is the deadliest and most economically-destructive volcanic eruption in US history to date – and is a good example of nature's incredible ability to bounce back following disaster.

Its eruption in 1980, triggered by a 5.2-magnitude earthquake, buried the 200-feet-deep Spirit Lake under layers of ash and mud within hours of it blowing its top. So much water was displaced by the avalanche that hit the lake that huge waves washed over the mountainside. 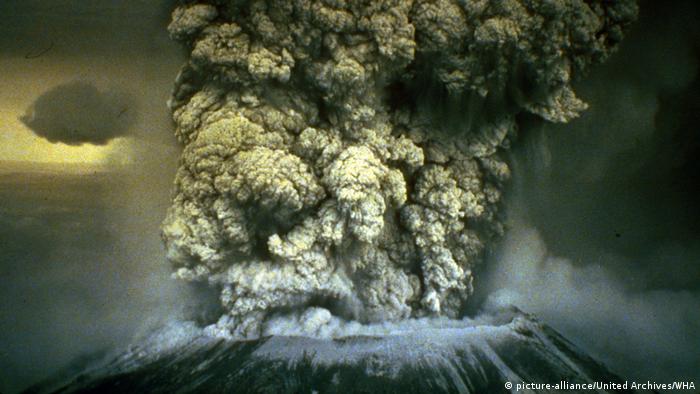 Mount St. Helen's, USA, erupted in 1980, generating around 500 times the force of the atomic bomb dropped on Hiroshima

Although the old lake was gone, a new lake started to take shape as runoff drained into the same place. The new, wider and shallower lake is rich in aquatic life – with signs of life emerging as soon as within a year. It has also benefited from the lack of huge trees that used to block out the sun, leading to more insects and bigger fish including rainbow trout.

As for the vast expanse of forest which was destroyed, life there, too, has returned – in some ways even richer than before. The eruption had devastated the area's wildlife – not a single tree was left standing within a 6-mile radius of the summit. An estimated 7,000 big game animals were killed.

But in the first weeks after the disaster, life was already returning. Charlie Crisafulli, an ecologist with the U.S. Forest Service Pacific Northwest Research Station, has previously said how he saw ants on the ground and pocket gophers digging through the ash in search of food, while fallen trees became homes for insects and gave nutrients back to the soil.

The new landscape gave rise to a whole new ecosystem, with huge swathes of land once dominated by tall trees now exposed to sunlight. This meant a range of plants, insects, small mammals and birds could move in.

The conifer forest, meanwhile, was replaced by deciduous woodland. The new burst in plant growth also encouraged the arrival of elk, which increased to record numbers.

The explosion in nature around Mount St. Helen’s, more diverse than before the eruption, is testament to how tenacious life can be.

A historic drought is drying out the few remaining wetland areas along Germany's Rhine river, putting native wildlife under stress. Conservationists hope that restoring these delicate ecosystems will make them more resilient in the face of future extremes.

Eight people from a group of 12 climbers died while attempting to scale the Klyuchevskaya Sopka volcano. Rescuers will make a fresh bid to reach the group after being initially hindered by strong winds.