OSCE should focus on conflict prevention, says study probing its role in Ukraine | World| Breaking news and perspectives from around the globe | DW | 17.06.2015

OSCE should focus on conflict prevention, says study probing its role in Ukraine

The OSCE should bolster the role of its secretary general and focus on crisis prevention, recommends a new report on OSCE involvement in Ukraine. The results, however, were not fully shared by the entire study group. 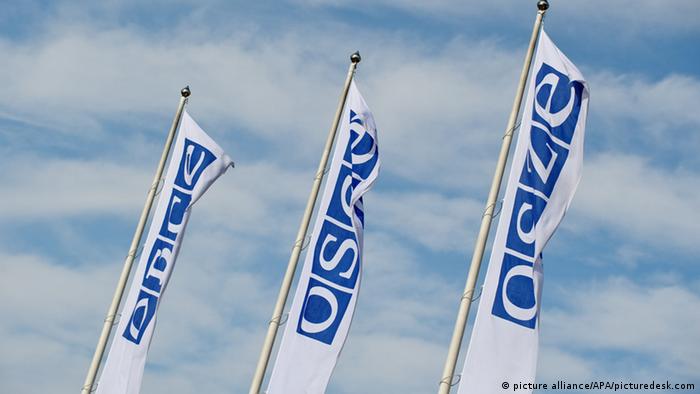 The Organization for Security and Cooperation in Europe (OSCE) should make conflict prevention one of its key tasks in order to improve the effectiveness and efficiency of its work. That is the major recommendation published in an interim report today by an international panel charged with making recommendations to boost the OSCE's work in light of the problems it faced in the Ukraine crisis. The study explicitly commends the OSCE for its achievements in Ukraine conducted under difficult circumstances.

"We believe that the capacity of the OSCE should be strengthened in the area of conflict prevention in particular," Wolfgang Ischinger, chair of the Panel of Eminent Persons on European Security as a Common Project, told DW. "There are also other areas, but this to us, having seen how the Ukraine crisis has precipitated a major European crisis without much advanced warning, really shows that we need better machinery for conflict prevention - and the OSCE is the organization that should have this capacity."

The 15-member panel, including representatives from Germany, France, Britain, the United States, Ukraine and Russia, issued four additional recommendations in its report on lessons learned from the OSCE's engagement in Ukraine: 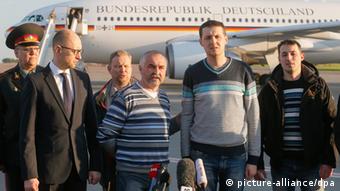 Freed OSCE observers who were previously detained by separatists

Due to the very different perspectives taken by Moscow and the West vis-à-vis Ukraine it is not surprising that Russia's representative objected to several characterizations of events in the country. He strongly rejected the recommendation to grant the OSCE's secretary general more power until the current crisis has been resolved. He also posited that the OSCE should only be given legal personality status once its "existing commitments are codified in a charter."

Given Russian opposition it appears difficult to get the group's recommendations approved by the 57 member states of the OSCE quickly. But Ischinger, the head of the panel, remains optimistic that at least some of the group's advice will eventually be put into practice: "I would hope that they would at least implement a few of them, and the one regarding conflict prevention really is the one that deserves the most attention."

The panel's final report with political recommendations will be published at the end of the year.

The OSCE should increase its conflict prevention capabilities, Wolfgang Ischinger, head of a study group on lessons learned from the Ukraine conflict, told DW. (17.06.2015)