Organ donation: Germany debates how to get people on the list

Though most Germans are willing to donate their organs after death, few take the steps necessary to do so. Now lawmakers are debating ways to get more organs for the thousands of people on transplant waiting lists. 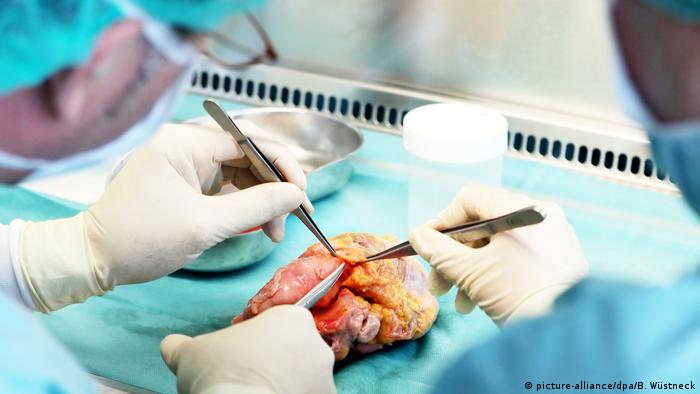 Although a majority of citizens are in favor of donating their organs, Germany has one of the lowest donor rates in western Europe.

The two possible reforms to the current system will be put to a vote later this year.

A group of MPs led by Health Minister Jens Spahn of Chancellor Angela Merkel's Christian Democrats (CDU) and Karl Lauterbach from the Social Democrats has proposed an opt-out donor scheme.

Under their bill, citizens would automatically be put on the donor list but could opt out of the program at any time.

Doctors would be required to consult with the family before removing the organs of a deceased person, and relatives would also be entitled to revoke consent after a person dies.

Read more: Berlin and Beyond: Donating my organs

An alternative proposal from a group of deputies led by Greens leader Annalena Baerbock and the Left Party chief Katja Kipping calls to keep the system voluntary.

A key part of their plan involves asking citizens on a regular basis about whether they want to be donors — for example, at least every 10 years, or when they visit the doctor or get their ID renewed.

They also want to launch a central online registry where people can record their donor status. This would replace the current donor card system.

According to information cited by German news agency DPA, Spahn's opt-out proposal had the support of 222 MPs in the 709-seat Bundestag, while 191 members backed Baerbock's plan.

Baerbock stressed in an interview with DPA that organ donation was a very personal decision: "Our proposal for a recurring survey clears the way to save more lives and at the same time make it possible for each and every one of us to make a conscious decision about our own body."

The chairman of the German Foundation for Patient Protection, Eugen Brysch, told public broadcaster Deutschlandfunk he backed the opt-in plan because it did not encroach on individual rights. 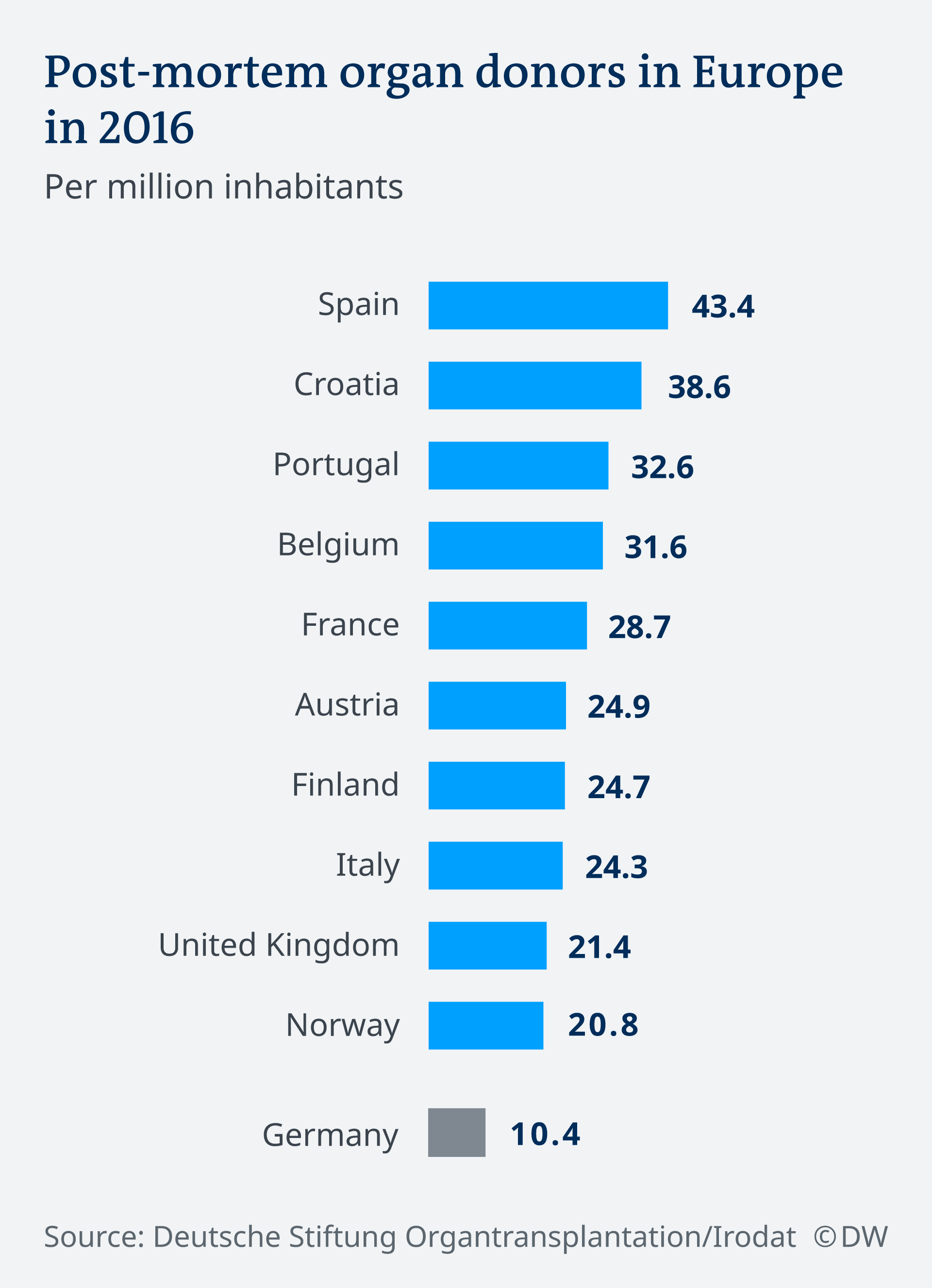 Spahn told the Funke Media Group that information campaigns alone were not enough to improve donation rates: "We finally need to make it obligatory to decide."

"Countries like Spain, where the opt-out solution exist, have a significantly higher number of transplants," German Medical Association President Klaus Reinhardt told the Funke Media Group, saying he hoped to see the same thing in Germany.

An idea that hasn't been part of the debate, he added, was to make a patient's receipt of an organ donation — or their place on the transplant waiting list — dependent on whether they themselves have been willing to donate an organ in their lifetime.

"Those who are ready to give can get preference," he said.

How does the current system work?

Currently, organ donation in Germany is voluntary. Doctors can only transplant organs from people who have declared their willingness to be donors by, for example, carrying a donor card or making a provision in their will.

Close relatives can also decide to allow organ donation on the basis of what they think their deceased family member would have wanted.

In Germany, there are nearly 10,000 seriously ill people waiting for an organ donation. Less than 1,000 organ transplantations were carried out last year while 2,000 people on the waiting list died.

According to figures from the German Organ Transplantation Foundation, the number of organ donors reached its lowest-ever level of 797 in 2017. There was an improvement last year, with 955 donors, but numbers dipped again in the first quarter of 2019. 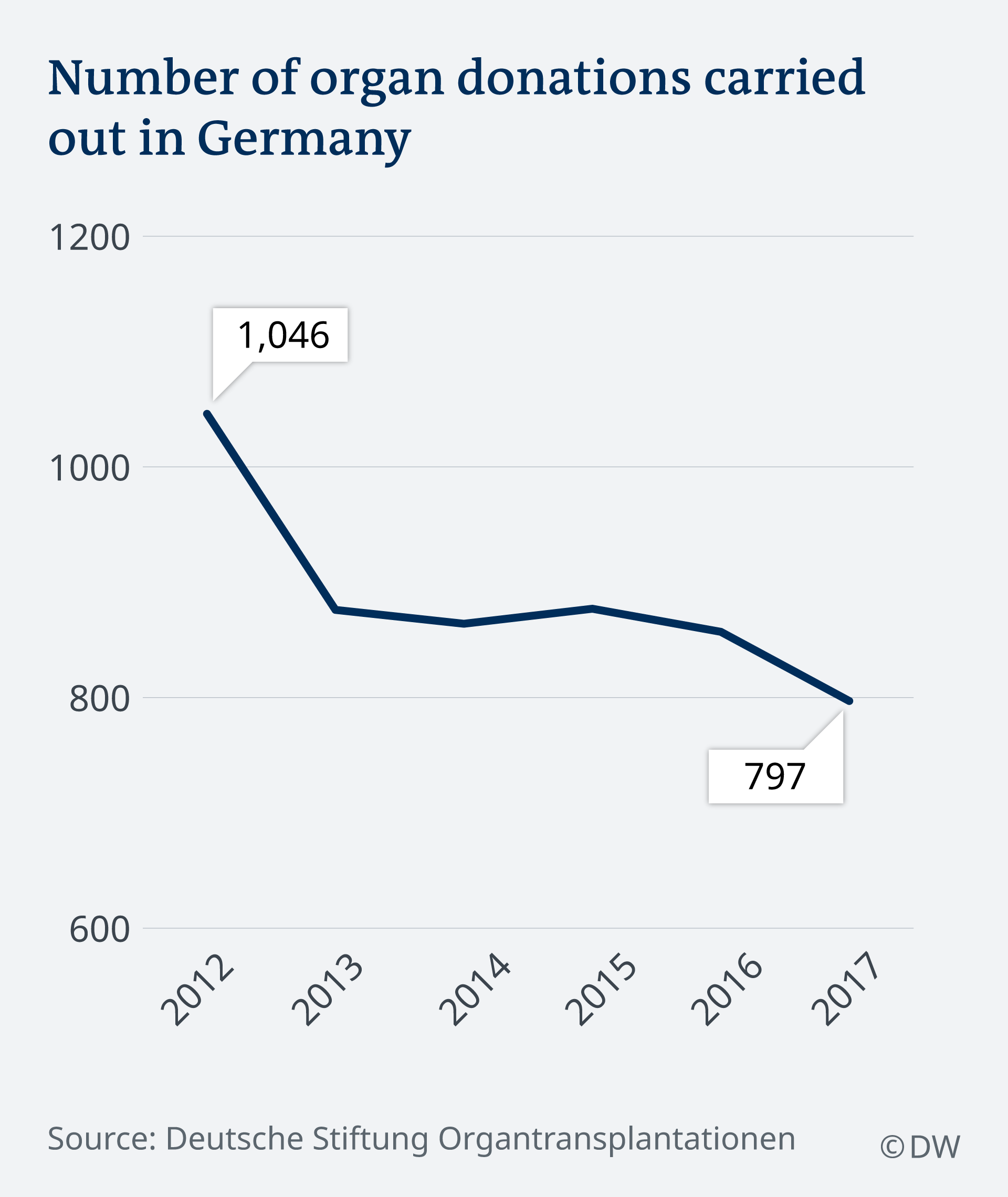 John Bolton, former National Security Advisor for Donald Trump, calls for the fall of the Iranian regime in DW interview 21m ago