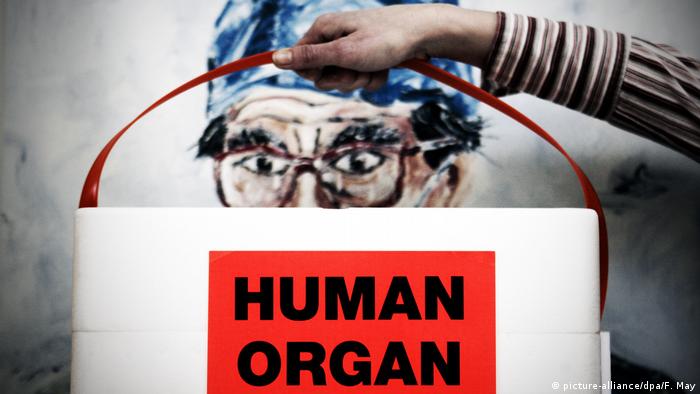 Germany should change its laws on organ donation and adopt an opt-out scheme to increase the number of organs available for transplantation, Health Minister Jens Spahn said in comments published on Monday.

"I am in favor of a double opt-out solution," Spahn told the mass-circulation Bild newspaper. "That's the only way to make organ donation the norm."

Spahn admitted that a new law of this kind would represent an intrusion by the state "into the freedom of the individual." But he argued that all previous attempts at a political level to increase the declining number of organ donors had "unfortunately been without success."

He said that he himself would not present a draft law on the subject to parliament, but that he was ready to "organize" the parliamentary debate. He also confirmed that he himself had given permission for his organs to be donated after his death.

According to figures from the German Organ Transplantation Foundation, the number of organ donors reached its lowest-ever level of 797 last year. At the end of August, Spahn said that 10,000 people in Germany were waiting for a donor organ.

Current German law requires every citizen to be asked regularly whether he or she will sign a declaration of willingness to donate organs after death. Signing the declaration is not compulsory.

Organ donation is allowed only if permission has been given or, in the case that a deceased person did not express any preference during his or her lifetime, if close relatives decide to allow it on the basis of what they think he or she would have wanted.

Germany shares this system with other European countries such as Denmark, the UK, Ireland, Iceland, Lithuania, Romania, Switzerland and Cyprus.

Dabrock told the EPD news agency that such a measure would be a "fundamental change of paradigm."

He said that in a system in which everyone was a donor unless they opted out, one could no longer speak of "organ donation" but of "compulsory organ contribution."

Dabrock said he himself held an organ-donor card.

A number of European countries, including Austria, Belgium, Hungary, Spain and the Netherlands, have opt-out systems in which relatives cannot stop organ donation if a deceased person has not officially expressed his or her opposition while alive. In others, such as Croatia, Estonia, Finland, Greece, Russia and Turkey, relatives can decide against it despite the opt-out scheme that is in place.