The Netherlands has passed a controversial new law making everyone a potential organ donor unless they specifically opt out. Similar donation laws already exist in Spain, Belgium and France. 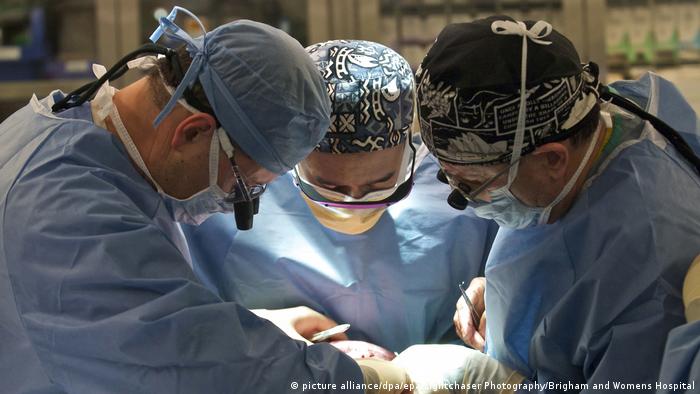 The Netherlands narrowly passed new legislation on Tuesday that will register every citizen aged 18 and over as a potential organ donor, unless they explicitly choose to opt out.

Senators in the Dutch upper house of parliament voted 38 to 36 to pass the draft bill put forward by the progressive D66 party.

Under the new law, every Dutch adult who has not yet registered as an organ donor will receive two letters asking them to indicate whether or not they want to become donors. If they don't respond after the second mail they will automatically be added to the list, but are free to amend their status at any time.

The bill was already approved by the Netherlands' upper House of Representatives in September 2016, albeit by a narrow vote of 75 to 74. Critics of the bill complained that it put too much authority in the hands of the government over what happens to a citizen after their death.

The drafter of the legislation, D66 MP Pia Dijkstra, said she made a number of changes in a bid to ease its passage through the lower house. As part of the changes, authorities must consult with the deceased's relatives. The family will also have the final say over whether the procedure goes ahead, according to Dijkstra.

Organ donor shortages have long been a problem in the Netherlands. According to Dutch public broadcaster NOS, some 57 people died waiting for a new organ during the first half of 2016.

"Hopefully that number will decline under the new system," it said.

Read more: The long wait for a donor heart

The Netherlands follows the likes of Spain, which has had its own opt-out organ donor system since 1979, and France, which introduced similar legislation in January 2017.

In Spain, which is widely viewed as a world leader in organ donations, there were an average of 43.4 individual donors per million people in 2016, markedly more than that year's EU average (19.6) and US average (26.6).

Germany, which has an opt-in registration system, continues to lag behind, partly thanks to a 2012 organ donor scandal.

A Göttingen doctor was accused of attempted manslaughter and grievous bodily harm after he allegedly falsified medical documents to speed up the process for receiving organs transplants for his patients. Prosecutors argued his actions cost the lives of others who needed the transplants more urgently.

The doctor was acquitted in 2015 after the judge ruled it could not be proven exactly who had died as a result. It subsequently became apparent that the practice was far more widespread than initially thought.

German Health Minister Hermann Gröhe said then the number of organ donations had dropped in the aftermath of the scandal, as people have felt increasingly discouraged to participate in the program.