In Germany, organs are assigned to patients according to strict medical criteria - or at least they should be. But a scandal has revealed that the current organ-donation system is far from perfect. 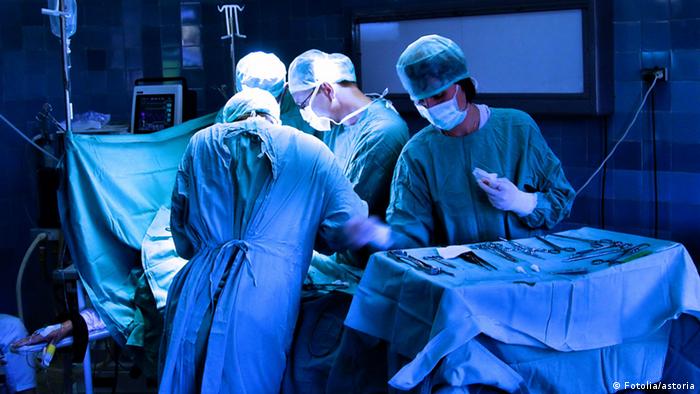 A German doctor has clearly been playing God. He decided that his patients, despite being less seriously ill than others, should be given preference when donor organs were allocated, improving their chances of survival. The public prosecutor's office is now investigating to establish whether other patients died as a result.

Germany is a highly industrialized country, in which everything is clearly regulated. All people, rich or poor, famous or unknown, must always be treated equally when it comes to the allocation of donor organs. The transplant scandal has therefore come as a shock. Every day more politicians, doctors and health experts are registering their dismay and declaring that the system cannot continue in its present form. 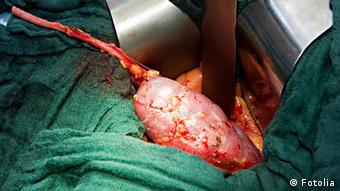 When someone in Germany needs an organ transplant, the doctors in charge of his or her treatment collate all the medical results and send them to the Eurotransplant foundation in the Netherlands, which is responsible for locating donor organs. The foundation uses the medical data to create a waiting list. Someone in urgent need of a transplant will be put higher up the list than someone whose need is not quite so acute. Eurotransplant is the central office that creates the waiting list for Germany, the Netherlands, Belgium, Luxemburg, Austria, Slovenia and Croatia. The system is intended to ensure that doctors have no influence over how quickly their patients receive a donor organ.

But the person at the center of this scandal did influence the procedure. The former consultant at the university clinic in Regensburg is said to have falsified data relating to more than 20 of his patients between 2004 and 2006 in order to bump them higher up the waiting list for a liver transplant. He is also alleged to have broken the rules in 2005 by putting Jordanian patients on the waiting list for European patients. One liver transplant is even believed to have been carried out in Jordan. The prosecutor's office investigated this at the time, but came to the conclusion that the doctor should not be prosecuted as his actions could be classed as an administrative offense. The clinic responded by issuing stricter guidelines.

In 2008 the consultant moved to the university clinic in Göttingen, where he is alleged to have falsified data for another 20 patients. He has now been suspended and is being investigated on suspicion of involuntary manslaughter. However, the investigation is also looking into the possibility that others were involved, as it seems highly unlikely that the consultant would have been the only one who was aware that the data had been manipulated.

Deaths each day for lack of donors

Germany is in urgent need of donor organs. There are currently 12,000 people on the waiting list for a transplant, but last year only 4,000 operations took place. Professor Günter Kirste, the medical director of the German Foundation for Organ Transplantation (DSO), explained to DW: "Every day three people on the waiting list die in Germany because an organ doesn't become available in time." The DSO organizes the procedure from the registration of a possible donor, through passing on the data to Eurotransplant, to transferring the organ to the transplant center. 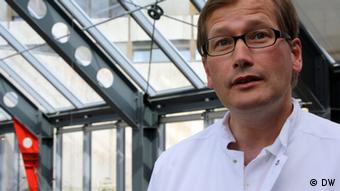 The current scandal relates specifically to liver transplants. Günter Kirste explains the procedure for registering liver transplant patients with Eurotransplant. "A doctor from a transplant center registers his patient and provides the results of certain laboratory tests. These test results are collated and used to calculate a score." The higher this score is, the higher the patient comes on the waiting list. Can this system easily be manipulated?

Professor Jan Gummert is the director of the clinic for thoracic and cardiovascular surgery at the Heart and Diabetes Center of North Rhine-Westphalia in Bad Oeynhausen, the biggest heart transplant center in Europe. He is critical of the system: "As far as I know, with the liver there are only a few laboratory values that play a significant role in establishing the urgency of the need for a transplant and where the patient should be put on the list, and so this is probably much more easily manipulated."

Learning from the heart

Around 350 heart transplants are carried out in Germany every year, about 80 of them in the Heart and Diabetes Center of NRW. As in other transplant clinics, an assessment of how urgently a patient needs a heart transplant involves at least four doctors who meet to discuss the case. Gummert explains that they perform many laboratory tests, a heart ultrasound and a catheter probe, then collate all the results. These are then checked once more by the senior consultant.

"In our clinic, at least five doctors would have to manipulate data for something like that to be possible. And I think there are very good checks in place to ensure that that doesn't happen," the heart surgeon says.

But this is not the case everywhere. Even the need for a second opinion doesn't seem to have been established in every clinic. This is why Günter Kirste from the German Foundation for Organ Transplantation is skeptical about the effectiveness of more checks by doctors already on the case: "I don't think the two-person rule some people are calling for would help very much, because two people were obviously already involved in Göttingen," he says. He believes that a better solution would be to bring someone in "who is independent of transplantation medicine, and that the approval of this colleague - a specialist, of course - should also be required."

Heart specialist Jan Gummert is also in favor of an independent authority that would at least do spot checks to see whether all the results are correct. This independent authority could be the Permanent Commission for Organ Transplantation, which is part of the German Medical Association, and is currently responsible for investigating cases of suspected misconduct. Until now, however, it has not had the authority to send its own inspectors into transplant centers. 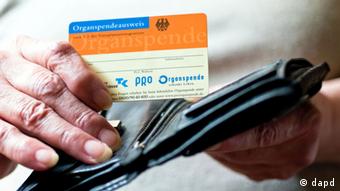 In Germany, you're only a donor if you opt in and carry an organ donor card

German Health Minister Daniel Bahr now wants suggestions as to "how better to prevent manipulation and other violations in the future." On August 27 he will hold consultations with health care professionals and representatives from the field of transplantation.

Yet it remains to be seen whether the end result will be a system that cannot be manipulated. "Globally, no system can be completely invulnerable to an individual who is determined to cheat," says Kirste of the DSO. "If I deliberately enter the wrong lab results on a form, no one can guard against this - anywhere." He believes that the problem may require a different solution.

If enough organs were available for transplant, there would be no need to manipulate the data. Jan Gummert says that some European countries have many more organ donors - particularly in places where everyone is a potential donor unless they explicitly state otherwise. In Germany, though, you only become a donor if you have explicitly opted in to the system by signing an organ donor card. "This pressure on doctors might also be the reason why a doctor sometimes says, 'I really need organs for my patient,'" Gummert believes.

He hopes that, despite the scandal, there will be more donors in the future, even if this requires a change in the legislation. "If we had more organ donors, this would pull the rug out from under the feet of those who want to manipulate the system."

An organ transplant scandal that has shaken Germany's health system has officials looking for ways to prevent possible abuse in future. A doctor is suspected of taking money to help patients jump the queue. (21.07.2012)

The long wait for a donor heart

As many people in Germany don't care to think about donating organs, health care providers are expected to start approaching members and ask them to make up their minds. But is this likely to boost organ donations? (25.05.2012)