Organ trafficking is booming around the globe. While the system isn't easy to figure out, one thing is certain: the rich are benefiting at the expense of the poor. 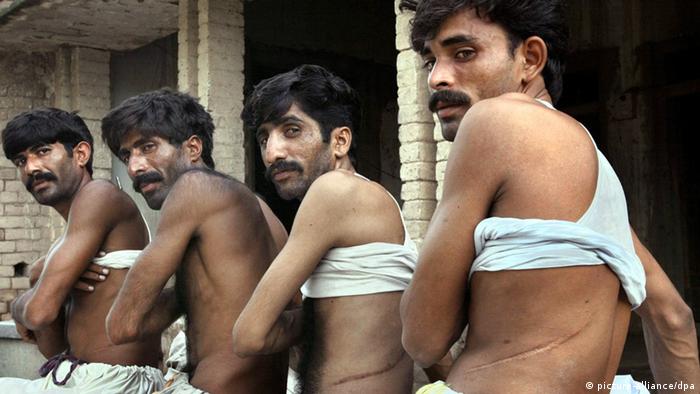 Wiru is 12 years old and lives in a small village in India. There, three hours south of Delhi, there's a good chance of being able to buy a child like him. Wiru cost 2,500 rupees, or about 37 euros ($45). Since then, he has been working in a factory where he glues together fake Gucci bags. He has to make 200 bags a day or else he'll be in trouble with his owner.

"When I'm big, I'm going to be rich," said Wiru. "Then I'm going to sell one of my kidneys and I won't have to work here anymore."

His father, whom he hasn't seen for three years, did the same thing, according to Wiru.

Word has spread throughout the slums of India's big cities that there is a chance to escape poverty. On the black market, a kidney is worth about 55,000 rupees (800 euros), which is a fortune for many Indians. The country has prohibited the trade in human organs and raised the punishment from two to five years in prison, but that has hardly acted as a deterrent. The business is too lucrative. The risk of being caught isn't great, either, the more so because the donor just has to pose as the recipient's friend and declare the money paid for the organ as a gift. In this respect, the inquiry by an official government agency into the motives of the donation is only a farce.

Kidneys in India are a particularly good bargain

The anthropologist Nancy Scheper-Hughes already pointed out in 2003 in the medical journal The Lancet that transplant tourism was developing into a real economic factor, always going in the same direction wherever it existed: from south to north, from east to west, from poor to rich, from darker skin color to lighter. 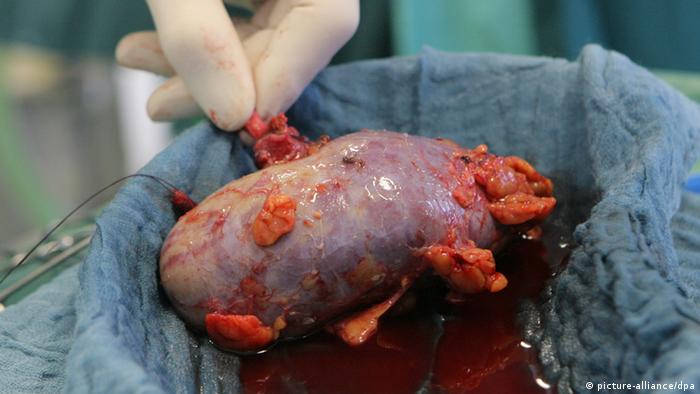 World Health Organization (WHO) experts estimated in 2007 that about five percent of all transplants worldwide were provided through the black market. That translates to 20,000 kidneys, and that's during a time of increasing demand as people live longer. The experts also conjectured that illegal organ trafficking was even the predominant practice in some countries.

Currently 8,000 critically ill people are waiting for a new kidney in Germany, 40,000 throughout Europe. Last year, 2,850 kidneys were transplanted legally within the official system in Germany.

The latest edition of the German weekly magazine Der Spiegel documents a case where a German factory owner received a kidney from a female Russian immigrant. The story highlights how wealthy patients can prolong their lives at the cost of the poor.

"That's a mafia-like framework," said Spiegel writer Steffen Winter. "The doctor that performed the operation in our case is active in many countries in the world; he's already transplanted 4,000 kidneys, and has an international arrest warrant issued against him."

The organ trade - the unethical exploitation of hope on the one hand and hopelessness on the other - is a billion euro business. The organization Organs Watch describes the typical recipient in the US, Israel, Saudi Arabia, or Australia as 48.1 years old, male, with a salary of $53,000. The typical donor is from India, China, Moldavia, or Brazil, is 28.9 years old, male, and has a yearly income of $480. Doctors jet through the world and transplant organs wherever there is little supervision. According to research conducted by Der Spiegel, if a hospital somewhere in South Africa or Brazil ultimately blows its cover after a few days, the surgeons evade the authorities by travelling to the neighboring country. Clinics in Cyprus and Kazakhstan are currently in vogue.

Even within the German health system, there is no certainty that the transplant system runs entirely legally: two doctors from the University of Göttingen, located in the heart of Germany, have been charged with falsifying documents in order to improve their patients' chances of receiving liver donations. They are currently being investigated for the involuntary manslaughter of more than 20 patients over the past two years - patients who would have received kidneys if the doctors hadn't favored their clients. It remains unclear whether the doctors took money from them. 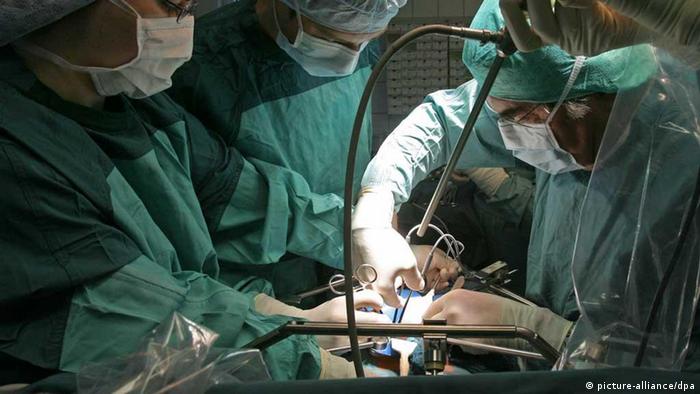 Some 8,000 people are waiting for organs in Germany. Some see the solution in regulating the organ market

The WHO Resolution WHA63.22 of 2010 contains 11 principles outlining the voluntary, non-monetary nature of organ donation. Three years prior to that, 150 experts and government representatives from all over the world had already adopted the Declaration of Istanbul on Organ Trafficking and Transplant Tourism. The Council of Europe and the World Medical Association have also outlawed organ trafficking.

In Germany, analogous offenses under the transplant law are punishable with up to five years imprisonment, which applies to recipients as well. The law also covers transplants that take place abroad.

Living donations are only allowed when they occur voluntarily and the parties concerned have a close familial and/or emotional relationship to one another, according to the German Organ Transplantation Foundation.

'A fatal form of exploitation'

Many experts consider that there will be a even greater demand for organ donors worldwide in the future. Even if every person in Germany were to agree to donate organs after death, there would probably still be a shortfall.

With that in mind, Friedrich Breyer, health economist at the University of Koblenz, called on lawmakers in the German financial newspaper Handelsblatt to approve a regulated organ market. That's the only way to increase the short supply of donors, said Breyer.

"The free market doesn't create only jobs and wealth," wrote Breyer. "It can also save lives."

Breyer even considers this type of system a moral obligation. But Günter Kirste of the German Organ Transplantation Foundation's board of directors sees it differently.

"Organ trafficking is a fatal form of the exploitation of poor people, primarily from the third world. There are thousands of people who have donated their kidneys in Pakistan and the Philippines who are now having a tough time."

"I would like to build a house with the money they will give me and not have to work anymore," said Wiru.

He doesn't yet know that his dream is probably unrealistic - and possibly fatal.

An organ transplant scandal that has shaken Germany's health system has officials looking for ways to prevent possible abuse in future. A doctor is suspected of taking money to help patients jump the queue. (21.07.2012)

Last year, doctors in Belgium fulfilled a patient’s request to die and also have her organs donated to others. In Germany, at least, breaking such a taboo would see the doctor in question potentially jailed. (06.07.2012)

The German parliament, the Bundestag, has amended legislation on organ donations to increase the number of donors. The decision comes after many years of debate. (25.05.2012)