German patients turn to Croatia for organ donations | Germany| News and in-depth reporting from Berlin and beyond | DW | 29.01.2018

The number of people willing to donate organs in Germany has hit an all-time low. Patients in the country are increasingly dependent on a European cross-border organ exchange program. 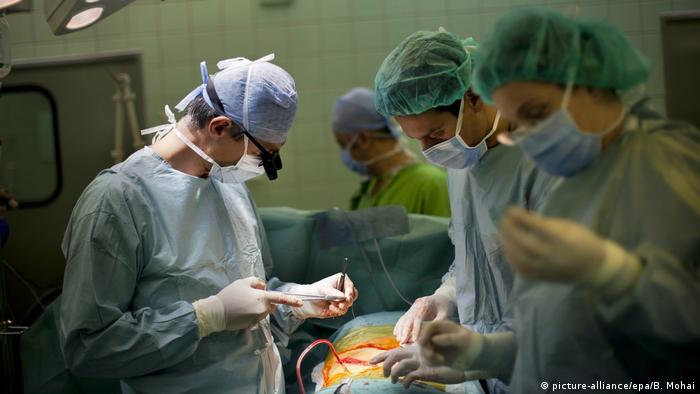 Yasmin Redjepagic will never forget the sunny autumn afternoon in 2010 when her father died. "He had a stroke," she said. "It happened very fast. He was only 65 years old. Our family was shocked; it was so sudden, so unexpected. It just came out of the blue."

While Yasmin's family was mourning his death, she got a phone call from the hospital in Zagreb where her father had been treated. The doctors there asked if they could remove healthy organs from the deceased. Yasmin's father was registered as a potential organ donor. The family asked for some time to think it over and shortly afterwards, they consented.

"Our parents always thought that it was better to save the lives of other people than to let the organs be wasted," Yasmin said. "All of our family members are potential organ donors. We have spoken about it often."

Yasmin's family members are reflective of a growing trend. While the number of potential donors has been dropping drastically in Germany for years now, more and more Croatians are willing to donate organs. Nikola Zgrablic, the president of the Croatian Donor Network (HDM), says that German patients are reaping the benefits of changing habits in Croatia.

"In 2017, we had 132 donors whose organs were actually removed," he said. "We have more than 30 organ donations per 1 million inhabitants. This makes Croatia one of the most successful of the eight countries in the Eurotransplant Foundation, which allocates donated organs." 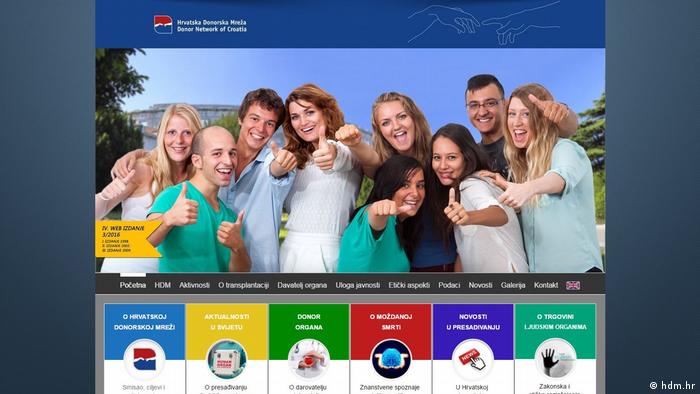 Many patients in Germany benefit from organ transplants through Croatia's donor network, the HDM

Croatia's organ donor program is based on an opt-out arrangement. That means every citizen can theoretically become an organ donor if they have not explicitly stated their refusal to do so before they die. In Germany, however, citizens 16 years of age and older must register their decision to donate organs.

"Croatia has practically copied the Spanish system," Zgrablic told DW. "What is extremely important is the fact that the transplantation managers, meaning the key figures in the organ donor system, are all doctors who work in hospitals."

This means doctors work locally. They can identify and register potential donors, train staff and provide support to family members.

"Donating an organ is a humane, dignified deed," said Yasmin. "However, we must not forget that it involves a tragedy, the death of a family member. It is not merely a bureaucratic process, but also a deeply moral issue. People need the support and empathy of medical professionals. That is what helped us in these sorrowful circumstances." 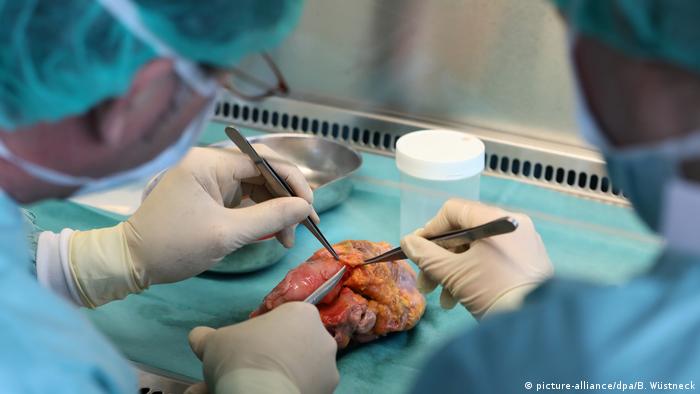 Her father's organs were removed in the middle of the night. The doctor in charge of the procedure called the next morning to thank the family and tell them it was over.

"That gesture moved us deeply," Yasmin said. "After the shock and endless grief over the premature loss of my father, I felt that we had done something good. One life came to an end and helped save another one."

The Croatian organ donor system has been kept alive by dedicated doctors like Nikola Zgrablic. In recent years, the government has also been helping the organ donor system with more funding, supportive legislation and infrastructure.

Germany benefits greatly from the willingness of other countries to donate organs. In 2017, as in past years, German hospitals received hearts, livers and kidneys from Eurotransplant — around 200 organs from Belgium, the Netherlands, Croatia, Hungary, Austria and Slovenia reached Germany through the network.

According to the German Organ Transplantation Foundation (DSO), around 10 thousand seriously ill people nationwide are on a waiting list for organ donations. On average, three of them die every day because a suitable organ is not available on time.