Although more Germans are willing to donate organs when they die, fewer organs are being transplanted. According to a new report, the problem lies with to some extent with hospitals. 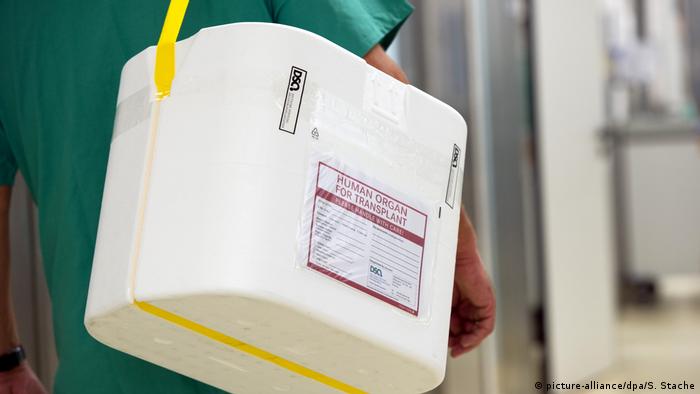 The authors of a report published Friday in the German medical journal Ärzteblatt claim that although more German citizens are willing to donate their organs upon death, fewer organs are actually being transplanted. The authors, Kevin Schulte and Thorsten Feldkamp of the Schleswig-Holstein University Hospital, place blame for the situation on hospitals.

The report claims the problem is not a lack of willing donors but rather hospitals not notifying the German Organ Transplantation Foundation (DSO), which coordinates organ donation and transplants nationwide, to donors in their institutions.

Although 84 percent of Germans have a positive attitude toward organ donation and the number of those carrying donor cards has risen from 17 percent in 2008 to 35 percent in 2018, the number of actual donors in 2017 was historically low, namely 797. According to the DSO, only 2,594 organs were transplanted in 2017.

DSO told the authors that although hospitals that can remove organs are obliged to contact them, fewer tended to do so. DSO said contact rates had dropped from 11.5 percent in 2010, to a mere 8.2 percent in 2015.

The authors also said that dwindling numbers had nothing to do with a nationwide organ donation scandal that shocked the country in 2012 — when it became known that transplant centers were systematically manipulating donor waiting lists — as the biggest percentage drops for donations occurred before that time.

They did, however, criticize legislation passed in the wake of the scandal saying it spread legal confusion among doctors as to "precisely when a notification of a possible donation should be made."

The problem of a lack of donors is not new though, and for that reason politicians and healthcare experts have long suggested an entirely new approach to the issue. Their idea would be to create an opt-out system to replace the current one. With that, every citizen would become a potential donor if they did not expressly declare otherwise.

The idea is ethically controversial and not without its critics. One of the most vocal of these is the Catholic Church, which argues organ donation must be a voluntary choice for individuals, otherwise it would be impossible to call it a donation.