Opinion: What happened to Brexit architect David Cameron? | Europe| News and current affairs from around the continent | DW | 17.10.2018

As Brexit unravels before our eyes, it's worth reminding ourselves who got the UK and the EU into this mess in the first place. DW's Rob Mudge tries to shed light on how the former British prime minister spends his days. 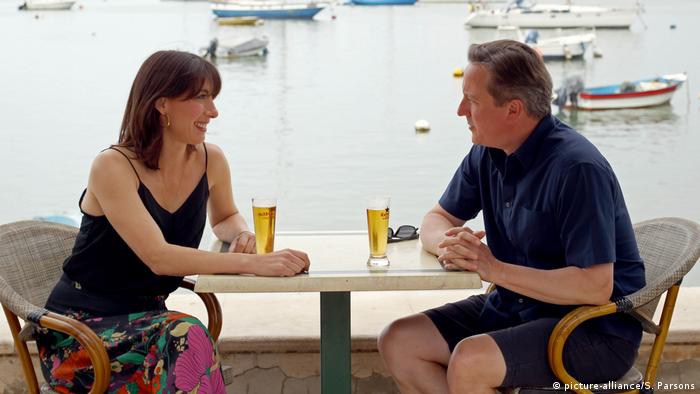 Boris Johnson, Michael Gove, David Davis. Even to the casual observer, those names are indelibly linked with the shambles that is threatening to tear the UK, and possibly the Conservatives, apart.

And even the most neutral of those observers would concede that they deserve the bashing they're receiving. However, we wouldn't even be discussing Boris' latest antics (at least not in this context) if it weren't for the, er, brains behind Brexit — the man who decided to put party politics above his country.

So what exactly is former Prime Minister David Cameron up to these days? "Working on his memoirs, that's what I understand," Kevin Theakston, professor of British government at the University of Leeds, told DW. "And I think he was supposed to have finished them about now. But they've been put back and the line is that he thinks that because of Brexit he wants them out after we've left because the dust will have settled a bit." 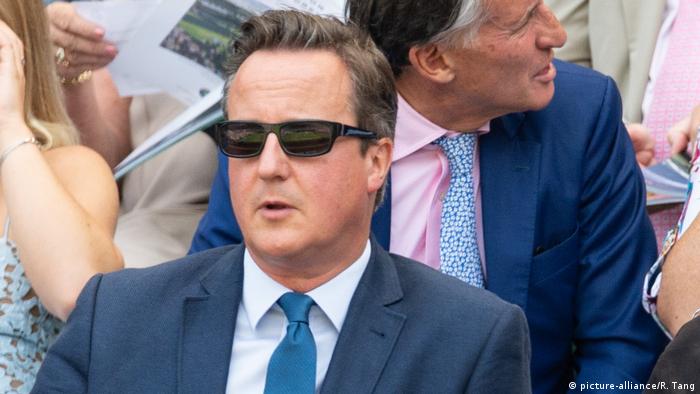 Right, just to recap. In 2013, Cameron made his fateful in/out referendum pledge if the Tories won the 2015 election. Essentially that was done to appease the hardliners in his party who were worried that the United Kingdom Independence Party led by Nigel Farage would bite into the Conservative voter base and hand victory to Labour. To fight off that challenge, the Tories demanded that Cameron give them the prospect of a European Union referendum which would allow them to persuade their own anti-EU supporters that only a vote for the Tories would give them a definitive say over Britain's future in the bloc.

Cameron did so in the belief that the electorate would vote to remain. Obviously that didn't go according to plan. "I think he still feels the humiliation of calling and losing the referendum," said Theakston. "And he fears going down in history as the person who accidentally took us out of the EU and maybe triggered knock-on consequences for the future of the UK itself — and doing it for reasons of party management and taking a gamble and it all came off badly."

So while he sits on his memoirs, he's doing what other former heads of state and government are doing: Giving speeches and focusing on charity work such as the National Citizen Service, a social development program for 15-17 year olds that was part of his "big society" initiative as prime minister. He's also set up and heads a $1 billion (€866 million) China-UK investment fund, designed to improve roads, ports and rail networks between China and the countries it trades with. This line of his work could come in handy in terms of helping current Prime Minister Theresa May, who is scrambling to secure trade deals for the UK in a post-Brexit world.

Talking of which, has there been any meaningful contact between May and her predecessor? "I don't think they've had serious contact on Brexit or on policy strategy for the government. Relations between May and Cameron and [former Finance Minister] George Osborne and what what some call the 'Cameroons' were always pretty frosty between 2010 and 2016 when she was home secretary," said Theakston. "Cameron, I think, is completely politically irrelevant now and Theresa May is quite happy with that." 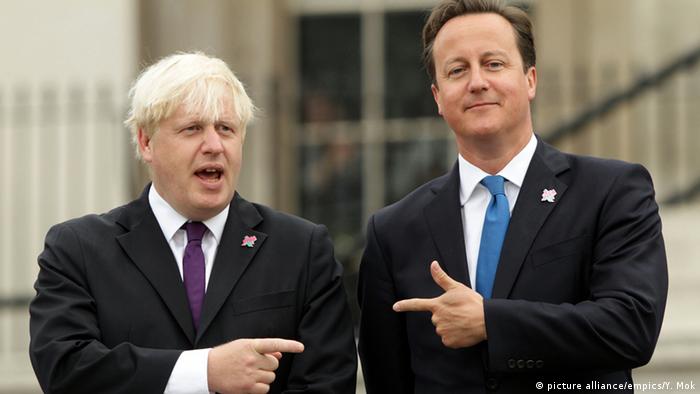 Boris and the man who was prime minister: 'It's his fault'

While May has given him the cold shoulder, Cameron seems to be back on speaking terms with another of his nemeses, Boris Johnson, with whom he had a very public falling out over Brexit. They've been spotted having dinner together and also met for talks ahead of the Chequers summit in August where May presented her controversial customs arrangements to her ministers. One source said that Johnson and Cameron agreed the prime minister's plans were "the worst of all worlds."

However, as Theakston points out, this doesn't mean they're plotting the prime minister's downfall. "I don't see Cameron and Boris meeting up or playing tennis or anything like that as the start of a political alliance," he said. "Boris might like to fool himself into thinking it is but I don't think Cameron would view it as anything more than a limited social encounter."

NATO on his mind?

By all accounts, it sounds as if Cameron is seriously underemployed. That must be weighing on his mind because he has hinted that he has "one big job" left in him. No, I don't know either.

"It's hard to see what that could be. There was speculation about the NATO [secretary-general] job," said Theakston. "But it's hard to see Cameron being acceptable to other European powers. Would other Europeans really want the person responsible for triggering this mayhem in British-European relations in that job?"

That legacy is hanging around his neck like a millstone. Every couple of years Theakston organizes a survey of other academics and gets them to score prime ministers, with 1 for, er, rubbish, and 10 for excellent.

"In the poll we did just after the Brexit referendum and Cameron's resignation, he was voted by about 100 other academics the third worst since 1945 and worse even than Gordon Brown," said Theakston. "And almost invariably when we dug beneath the headline figure and looked at what people were saying it was all down to the huge policy disaster of Brexit and its ramifications."