Dieselgate is getting more and more expensive for Volkswagen. And there's no end in sight for the troubled German auto giant, even as it becomes the world's largest carmaker, writes Henrik Böhme. 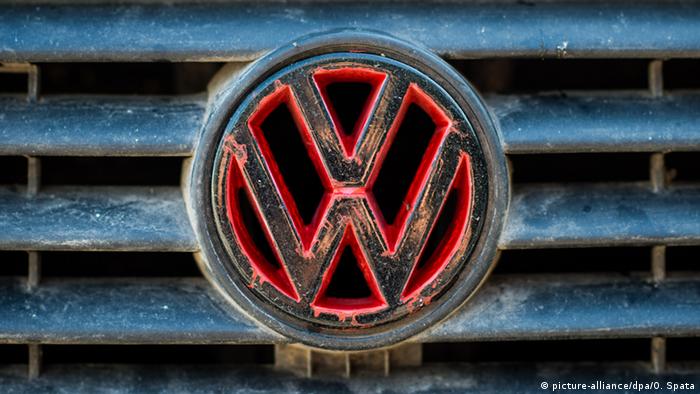 Not long ago, ten years to be precise, there was a boss who announced he wanted his company to be the number one in the world by 2018. On September 2, 2015, after the boss had just won a grueling internal power struggle, his employer announced that it wanted to keep him in charge until 2018, two years longer than planned. No doubt so that he himself could proclaim the ambitious goal had been met.

It didn't quite work out that way

Three weeks after that announcement, a bomb went off. The company boss, Martin Winterkorn, the CEO of Europe's largest carmaker Volkswagen, had to go. Dieselgate took its course. And since those days in September, 2015, nothing has been the same at VW. From then on, words like "compensation," "recalls," "prosecution," "criminal charges," "arrests" and above all "billions in fines" have set the tone of communications from Wolfsburg and economic reports on Volkswagen.

Now come the latest headlines. The proposed new agreement with US authorities provides for a payment of another $4.3 billion. The company wants to avoid lengthy and time-consuming criminal and civil proceedings before US courts.

Together with the payments that have already been made, it all adds up to 21 billion dollars. Twenty-one billion dollars! It's clear Volkswagen will have to put aside much more than the 18 billion euros it has earmarked so far.

Even if the new agreement is good news, not least coming as it does before the transfer of power in the White House, there's a catch. As part of the deal, VW also acknowledged it had violated US laws.

This acceptance of guilt will provide fresh sustenance to the attorneys of many investors who believe themselves to have been defrauded of their money. Even more so in Germany, where claims for damages now amount to more than 8 billion euros.

And as if that wasn't bad enough...

Now, the carmaker has ventured bravely into the lion's den, at the Detroit Auto Show, where it's been doing everything to rebuild trust. Talk of a new beginning is what you do if you're forced to wear a hair shirt.

But as a new e-car rolled onto the stage at Detroit, a VW executive was being arrested by the FBI a few thousand kilometers further south, in Florida. He faces charges of fraud - and is accused of knowing about the cheating, but deliberately concealing it from US authorities.

And while VW's brand chief Herbert Diess unveiled new models in Detroit, a research group in Germany unveiled its findings that he, together with Winterkorn, already knew about the manipulation in the summer of that fatal year 2015. And key witnesses are reportedly ready to implicate both of them.

Not the end of the road

This remains a horror without end. The billions now being paid are no help. The negative headlines will not simply stop in the new year.

By the way: Volkswagen may well have achieved its goal of becoming the world's largest carmaker in 2016. That is what its newly published sales figures suggest. So there is good news from Wolfsburg for once.

But Martin Winterkorn is no longer able to announce it. He will just have to get over it, with his pension of 3,100 euros, per day of course. But that is another story.

Have something to say? Leave a comment below. Comments close after 24 hours.

Putin warns of 'unpreventable' strikes by Russian navy 15h ago

Opinion: Small farms are the future of food systems 16h ago