A judge has ruled that Volkswagen must face American investor claims over Dieselgate in the US. Ex-VW head Martin Winterkorn had hoped to have US lawsuits tried in Germany, a request thrown out by the California court. 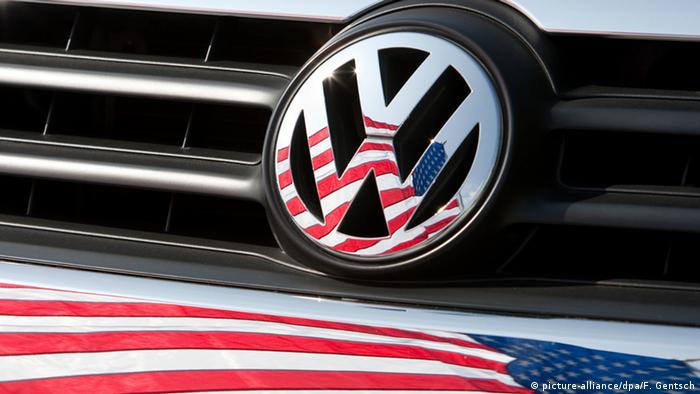 American investors suing German carmaker Volkswagen will have the right to have their cases heard in a US court, a judge ruled on Wednesday.

Volkswagen had requested to have an investor lawsuit in California dismissed, arguing that German courts were the proper place to handle cases relating to the Dieselgate emissions scandal.

However, in a 41-page ruling, US District Judge Charles Breyer denied the claims. The judge further rejected a request by VW brand chief Herbert Diess to have proposed securities fraud lawsuits also tossed out.

In his ruling, Breyer said that "because the United States has an interest in protecting domestic investors against securities fraud," the lawsuits should go ahead in an American court.

Investors suing VW are mainly US municipal pension funds that had invested in the carmaker through American Depositary Receipts, a form of equity ownership in non-US companies that represents the company's foreign shares.

The lawsuits assert that VW's market capitalization fell $63 billion (60 billion euros) after reports broke in September 2015 that the car giant had cheated on its emissions exhaust tests.

The lawsuits state that VW executives misled investors "assuring them to the contrary - namely, that the diesel vehicles met all applicable emissions standards" and it "understated the liabilities that it would suffer as a result of its known emissions non-compliance."

Volkswagen has admitted that it used secret software in its cars to cheat emissions tests, conceding that some 11 million cars were affected and emitting up to 40 times the legal pollution levels. Almost 600,000 of those vehicles were sold in the US dating back to 2009.

VW has agreed to pay out as much as $17.5 billion in compensation in the US alone to resolve claims from owners, as well as some federal and state regulators.

However, the carmaker is also embroiled in a criminal investigation led by the US Department of Justice, which could lead VW to pay out billions of dollars more in settlement payments.