The outcome of the US-North Korea summit in Singapore is a headache for Japan. None of Tokyo's priorities were addressed by Donald Trump and Kim Jong Un. Japan must now reorient itself, DW's Martin Fritz writes. 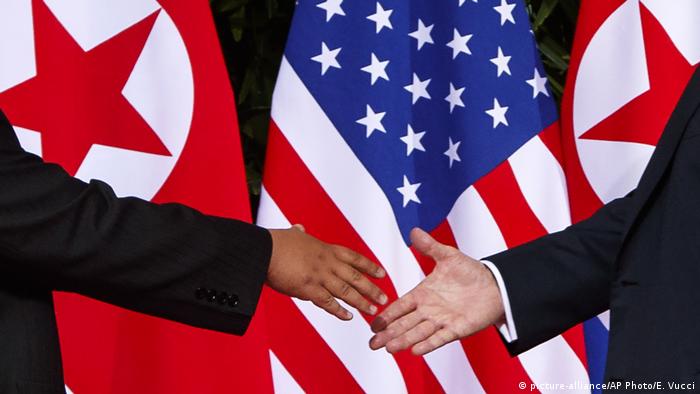 Japanese Prime Minister Shinzo Abe has been Donald Trump's most loyal partner since he became US president a year and a half ago. Despite the risk of war, Abe was a steadfast supporter of Trump's "policy of maximum pressure." Abe never uttered a critical word about the president's approach. He also elected to quietly swallow US import tariffs on steel and aluminum, which were applied to Japan without delay — the only G7 member to suffer that fate.

Abe's stoic allegiance to Trump is based on the realization that Japan is at Washington's mercy — for better or worse. As a result of its pacifist constitution, Japan is utterly dependent upon the US's nuclear umbrella its military assistance. Above all, Japan is entirely unable to counter China's hegemonic claims in Southeast Asia without the United States. Japan is also dependent upon the US to look out for its interests concerning North Korea. 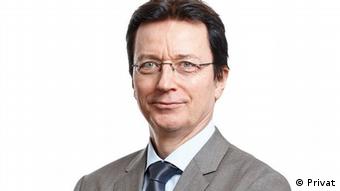 Martin Fritz is a correspondent in Tokyo

Last week, Abe himself outlined his country's top priorities: North Korea's nuclear and missile programs and the fate of abducted Japanese citizens. The prime minister was referring to the true denuclearization of North Korea, the end to North Korea's strategic missile program and the return of citizens taken by Pyongyang in the 1970s and '80s. Measured in those terms, this week's summit was a defeat for Tokyo.

No agreement was made as to the beginning of nor timeframe for denuclearization. The word missile was never uttered by Trump or Kim, nor did it appear in the written agreement the two signed. Trump claims he raised the issue of abducted Japanese but there was no word as to what will happen next. More grave still was the fact that Trump declared he will end US-South Korean military maneuvers in the region while at the same time raving about the amount of money the US could save by ending the exercises and withdrawing troops from the peninsula.

Should Trump fulfill still more North Korean wishes, he would undermine the security order in Asia in the same way he undermined the concept of free trade at last week's G7 summit in Canada. Japan, for instance, could be faced with the prospect of a US-North Korean agreement to dismantle long-range missiles, while remaining within reach of Pyongyang's arsenal of medium-range missiles. Moreover, far-reaching security guarantees made by Washington could significantly weaken the US-Japanese alliance.

If those trends become reality in further negotiations between theUnited States and North Korea, Japan's foreign policy could, by necessity, change dramatically. The government would have a strong case for removing the pacifist clause from its constitution. The logical consequence thereof would be the buildup of offensive weapons. The long-standing tabu of nuclear arms might also be broken. For if the USA were no longer there to protect Japan it would have no other option than to arm itself to defend against its true adversary in the region: China. That would require a balance of nuclear deterrents between the two most-powerful countries in East Asia.

Understandably, Abe wants to become an actor in the region once again. He has announced that he, too, will meet with Kim. By offering economic aid, Abe could at least gain some influence and possibly resolve the issue of the abducted citizens himself. Yet Japan is not a priority for Kim. South Korea, China and Russia are much more preferable partners than the former colonial power, Japan, which is detested in Korea. It is also quite possible that the fate of the abducted citizens is so dark that Kim does not even want to talk about it. Thus, for now, Abe is damned to simply look on, even if Trump creates more and more headaches for him by the day.

Paraguay: Vice President Velazquez resigns after US sanctions 9m ago

Relatives of 1972 Munich attack victims may boycott commemoration 32m ago

Africa: More than 150 vultures poisoned to death, seemingly for 'muti' 54m ago

Opinion: World Cup 2022 — No anticipation, only chaos in Qatar 6h ago