Opinion: Torture at behest of Western spy agencies is unjustifiable | World| Breaking news and perspectives from around the globe | DW | 06.09.2011 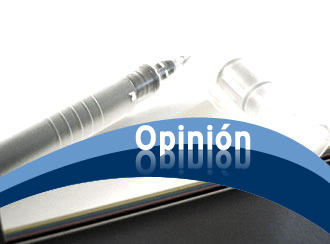 Intelligence services work in secret. Banal as it seems, that is the only way they can function. Political change, though, can expose the dark machinations of a dictatorship and its repressive institutions. And what emerges can sometimes be less than flattering for democratic governments and the agencies that work in their name.

In the wake of al Qaeda's attacks on New York in September 2001, Britain and the United States are alleged to have conducted counterterrorism work by seeking the cooperation of the Libyan secret service, in a potentially brutal disregard for human rights.

According to internal correspondence between secret services found in Tripoli that has been passed on to Human Rights Watch, the CIA and Britain's overseas intelligence agency, MI6, let the Libyan secret service torture terror suspects. The practice, which was not permitted at the Guantanamo Bay detention camp, was relocated - it seems - to torture chambers in Gadhafi's dictatorial regime in Tripoli.

In return, Libya's secret service was said to have been generously provided with information about Libyan dissidents and was even assisted with the deportations of exiled dissidents back to Libya. 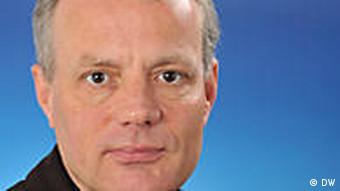 These disclosures have triggered disgust in the United States and Britain over the behavior of the former governments of President George W. Bush and Prime Minister Tony Blair. Unforgotten is the Gadhafi regime's complicity in the downing of a Pan Am flight over the Scottish town of Lockerbie in 1988 with the loss of 248 lives.

Whether or not other intelligence services, for example Germany's Bundesnachrichtendienst (BND), closely cooperated with Libya remains unanswered. But this wouldn't be that surprising. From 2004 on, when Gadhafi renounced weapons of mass destruction, he was rehabilitated to all effects in Western circles.

The experience recounted by Abdel Hakim Belhaj is especially worrying. The Islamist and now Libyan rebel commander in Tripoli was seized in Bangkok in 2004, apparently at the request of the former Libyan regime and with the help of the US. He was deported into the hands of Gadhafi's henchmen and sat for many years in the notorious Abu Salim prison.

Despite the public indignation, the historical context of the alleged cooperation should not be forgotten. In the wake of 9/11, the West's counterterrorism campaign also saw strengthened cooperation with Syria. The regime of the now discredited Bashar al-Assad supplied US intelligence services with information about Islamists and the al Qaeda network in the Arab world for years. As always, political actions can only be understood in their particular historical context.

There are, however, unshakeable moral cornerstones that must apply in democratic nations when intelligence services carry out their work. The prohibition of torture is one of them. The supervisory committees of parliament democracies must oversee the work of the intelligence agencies.

In the case of Libya, democratic parliaments obviously neglected their task. Out of respect for the victims of political dictatorship, it's time to critically reexamine this past era in the West's relations with Libya.

With the Gadhafi regime in tatters and the Libyan leader on the run, secret files in Tripoli have come to light which detail the depth of cooperation between the US and UK with Libya on the rendition of terror suspects. (06.09.2011)