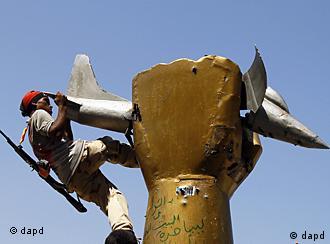 It appears Gadhafi had close contact with the CIA and MI6

A trove of files found at a Libyan government building have revealed close ties held by American and British intelligence with the toppled Tripoli regime, according to the New York Times and the Wall Street Journal.

According to the reports, the US Central Intelligence Agency (CIA), under the administration of former President George W. Bush, flew suspected terrorists into Libya for questioning, despite the North African country's reputation for using torture. 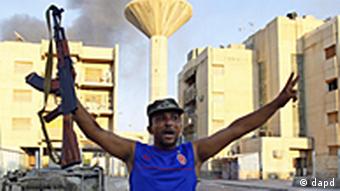 "It was mainly about information for the fight against terrorism and security interests in Germany," he told the weekly Bild am Sonntag newspaper, adding that Libyan intelligence services had access to sources that were closed off to the Germans.

"With the help of this information, we could defend our country against terrorist threats," Schmidbauer told the paper on Sunday.

German and Libyan spy agencies never worked together on missions, added Schmidbauer, who served as a deputy head in the Chancellery from 1991 to 1998.

"Contact between the regime and Western intelligence agencies are among the many issues that need to be cleared up in Libya after decades of dictatorship," he told the Bild am Sonntag.

The New York Times wrote that it could not confirm the authenticity of the documents, which were found by Friday Human Rights Watch representatives touring the building, but that their content was consistent with known facts about the US transfer of terrorism suspects abroad for interrogation, a practice known as rendition.

According to the New York Times report, US intelligence services sent terrorism suspects at least eight times to Libya for questioning. 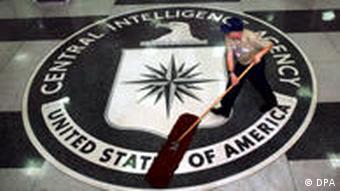 One document revealed a list of 89 questions for the Libyans to ask a suspect. Some of the documents told the Libyans to respect the detainees' human rights, although Libya was known to use brutality in interrogations.

"The rendition program was all about handing over these significant figures related to al Qaeda so they could torture them and get the information they wanted," Peter Bouckaert of Human Rights Watch told the New York Times.

The documents, which included seemingly personal letters from US and British intelligence agents to Libya's top spies, also suggested that Britain had tracked phone calls for the Gadhafi regime and had passed on details concerning the whereabouts of exiled Gadhafi opponents.

Meanwhile, in return for their help to the Americans, Libyans asked for the capture of Abu Abdullah al-Sadiq, an opposition leader, whose is now a military leader for the Libyan rebels and whose real name is Abdel Hakim Belhaj.

A CIA case officer wrote back in March 2004: "we are committed to developing this relationship for the benefit of both our services," and promised to locate him.

The Wall Street Journal said the files showed the CIA in 2004 had moved to establish a "permanent presence" in Libya.

The New York Times quoted CIA spokeswoman Jennifer Youngblood as declining to comment about the documents but saying, "It can't come as a surprise that the Central Intelligence Agency works with foreign governments to help protect our country from terrorism and other deadly threats." 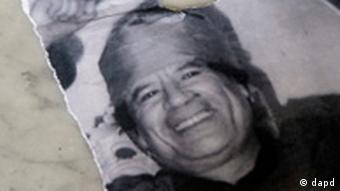 The British Foreign Office told the Times: "It is the longstanding policy of the government not to comment on intelligence matters."

Meanwhile, at a meeting of European foreign ministers in Poland, British Foreign Secretary William Hague insisted in an interview with Sky television that the documents related to the previous government, adding that Britain was currently focused on "getting the necessary help to Libya, more recognition for the National Transitional Council, and getting the assets unfrozen so we avert any humanitarian problems in Libya."

Britain and the US normalized relations with the Gadhafi regime in 2004, after Libya swore to end its nuclear-weapons program.

European leaders are angling for access to Libya's oil riches after the toppling of Moammar Gadhafi. That is a good thing for Libya to start with, says Deutsche Welle's Bernd Riegert. (02.09.2011)

Gadhafi calls on supporters to fight on

As world leaders sat down to discuss Libya's future, the country's fugitive leader, Moammar Gadhafi, delivered a speech calling on his supporters to fight on. His location remains unclear. (01.09.2011)

US, British operatives in Libya 'not surprising,' military expert says

News that the US and Britain have special operatives on the ground in Libya could become a source of irritation to NATO allies who maintain that the coalition forces are not to get directly involved in the conflict. (31.03.2011)

Life in the post-Gadhafi era