Opinion: In post-Gadhafi Libya, Europe hopes for big business | World | Breaking news and perspectives from around the globe | DW | 02.09.2011

European leaders are angling for access to Libya's oil riches after the toppling of Moammar Gadhafi. That is a good thing for Libya to start with, says Deutsche Welle's Bernd Riegert.

Global energy companies have long begun a race for access to Libya's oil and natural gas riches. Italian oil giant Eni, traditionally the largest oil operator in Libya, has been off to a fast start, signing agreements with the rebel-led National Transitional Council (NTC).

The new rulers of Libya have said they will respect all existing contracts from the Gadhafi-era. That includes Western oil companies such as Total of France, British Petroleum, Wintershall and DEA of Germany. And that's a good thing because without foreign firms, Libya isn't in a position to produce its own oil.

Under Gadhafi, Western companies, experts from Qatar and also from China have dominated oil production in Libya. And it will remain that way.

It remains to be seen what will happen in a few months once the interim administration has consolidated its position and invites tenders for new contracts or expands existing one. But first Libya's new rulers must bring oil production to pre-crisis levels. They need the money to get the state and bureaucracy working again. 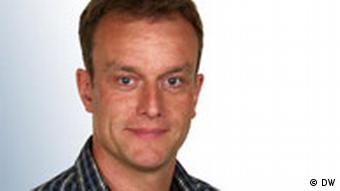 There are signs that when it comes to awarding new contracts, the new leaders may give preference to countries that were involved in the NATO mission against Gadhafi's troops. But experts agree that in the end, economic criteria will trump political ones.

France and Britain are certain to be rewarded for their leading efforts in the NATO-led military intervention. But so is Italy, the former colonial ruler in Libya. German companies too are also likely to clinch good business deals simply because they are needed in Libya not just for oil exploration and production but also to help build water supply systems and desalination plants. And if the NTC does decide to pursue plans of building a nuclear power plant, French and German companies are likely to make good money.

Libya's oil and gas riches first attracted foreign companies back in 2005 when Gadhafi was welcomed back into the international fold after Libya was treated as a pariah state for years.

Tripoli's involvement in terrorism - in the 1986 LaBelle disco attack in Berlin and the Lockerbie bombing in 1988 - had made American and British firms wary of doing business with the country. Those reservations are now a thing of the past.

That's what friends are for

But it's not just energy reserves that has foreign firms making a beeline for Libya. The country desperately needs infrastructure. Construction companies from Austria, Germany and even China are likely to be eyeing lucrative contracts.

And what about weapons? The new Libyan army has to be modernized and equipped and Gadhafi's weapons and airports that NATO was forced to bomb need to be replaced. Arms companies from around the world are gearing up for big business.

To get things moving and ensure that Libya's economy gets back on track again, it was important and correct that the international community, at its summit meeting in Paris, lifted sanctions and unfroze billions of dollars in Libyan assets. The NTC will now have access to the money that Gadhafi had sheltered abroad in foreign accounts.

The move is being hailed by President Nicholas Sarkozy and Chancellor Angela Merkel as a "noble gesture." But that goes without saying because the money does belong to the Libyan people. More than 50 delegations turned up at the "Friends of Libya" conference in Paris. It shows that revolutionaries who have control of vast oil fields can suddenly find they have a lot of friends.

France in the driving seat

French President Sarkozy, currently preparing for an election, seems to like his role as a liberator and military strategist. He was lucky that Gadhafi's regime was relatively easy to defeat. In retrospect, it turns out that Sarkozy, as opposed to Chancellor Merkel, took the right decision by playing a leading role in the NATO-led imposition of a no-fly zone over Libya.

But Sarkozy's decision has not united Europe – despite efforts by his diplomats this week in Paris to show otherwise. Europe was split over the NATO mission in Libya and it continues to be divided over other conflict zones such as the Palestinian territories or Syria.

France has redefined NATO's leadership. The US took a back seat both because of a lack of funds as well as political disinterest. The White House now euphemistically calls it "leading from behind." Sarkozy dominated the foreground and the international stage. Several companies will do big business with Libya.

But money alone won't create a functioning state. Libya needs help to build institutions that work. Given its experience, the European Union should seize the chance to steer the North African country carefully to democracy with imposing conditions on it – which, just as in Iraq or Afghanistan, won't work.

African nations meanwhile have maneuvered themselves to the sidelines. The African Union doesn't recognize the National Transitional Administration. And South Africa continues to back Gadhafi, probably till the last bitter end. Africa, which has been coddled by Gadhafi with lots of money, apparently doesn't realize that the era of the crazy, generous ruler of Tripoli is over.

A group of 60 world leaders and officials gathered in Paris on Thursday for the first meeting of the "Friends of Libya" group. The delegates agreed to release Libya's frozen funds to help the country rebuild. (01.09.2011)

'For Libyans, the priority is taking care of basic needs'

Senior officials from around 60 countries meet in Paris on Thursday to secure financial and other support for Libya's transitional government. Analyst Hamadi El-Aouni says Libyans want help with the basics first. (01.09.2011)

Libya faces a number of nightmare scenarios, from a new civil war between rival factions to the rise of al Qaeda-affiliated Islamists, should a power vacuum plunge the country into a new phase of lawlessness and chaos. (29.08.2011)