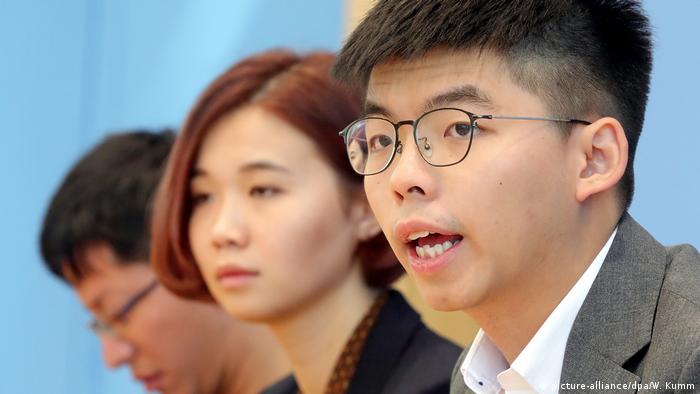 For the past three decades, candles are being lit in Hong Kong's Victoria Park every year in memorial of those who died and suffered from the June 4 Massacre. Yet, 2020 may be the last time there are candles lit for them. Just days after China announced its decision to directly insert the national security law in Hong Kong, the city's police force rejected permission for our annual vigil to honor the victims of the Massacre. Instead of candle lights, this year, we will possibly face batons, teargas, rubber bullets and violent police officers.

We were not born at the time of the Massacre, but we grew up going to Victoria Park or other places, participating in the vigils, learning about the tragedy that took place 31 years ago, where thousands of Chinese students and citizens were killed by Chinese soldiers, died  for the course of freedom and democracy. Tiananmen has always served as a moral to learn from, that the CCP [Chinese Communist Party] is a brutal dictatorship that will not hesitate to kill its citizens just to remain in power.

Even after 30 years, Tiananmen remains one of the most delicate topics in Chinese history and politics. Beijing put in every endeavor they are capable of to erase it from history. "June Fourth" and related words are banned behind the great fire wall, commemorations of the protests are banned, references to the event are removed from history books, former protest leaders and their families are regularly detained.

Beijing rejected all calls, from within or otherwise, to acknowledge that it was morally wrong to open fire on that night and resisted demands for disclosing the actual numbers of casualties. President Xi Jinping and other top figures of the CCP have expressed no remorse about the repression, but expressed increased frustration at Hong Kong's democracy movement, exercised oppressive measures in Xinjiang and Tibet, seeing the call for fundamental human rights as threats to party control.

'We cannot voluntarily give up our freedom'

Historically, Hong Kong has been a safe haven for the dissidents; we speak truth to an increasingly powerful China. The annual June Fourth vigil is of significant symbolic value; there are people who remember what happened on June 4, 1989, and there are people who are not afraid of telling the truth. Despite its peaceful nature, Beijing finds it intolerable to not have Hong Kongers under control and forget about the horrible deeds it committed 31 years ago.

This year might be the last year that we get to talk about June Fourth publicly. Once the national security law is in effect, simply mentioning the event will be subject to legal prosecution. The central legislature, China's National People's Congress, hopes to dismantle any effort attempting to fight for our fundamental rights, and rip Hong Kong of its liberty and diversity, only leaving room for absolute loyalty to CCP, yet we have none to offer. On June 4, 1989, it lost all legitimacy, when they decided to violently crack down on the protesters at all cost for the sake of power.

Implementing the national security law and banning the vigil are attempts to silence Hong Kongers. We expected the police to disperse any gathering that takes place on June 4. We are worried, but we cannot voluntarily give up our freedom. It might be easier if we stood by, but we will act, not only for ourselves, but also because we believe, plainly and simply, it is the right thing to do. We have the right to remember what happened 31 years ago, and if we gave it up, we will forfeit the right to remember what happened throughout the course of the last 12 months in Hong Kong.

Joshua Wong is the secretary-general of Demosisto. Glacier Kwong is a digital rights and political activist in Hong Kong.

Carrie Lam's comments referred to the contrast between Western support for the pro-democracy protests in Hong Kong last year, and the response to recent anti-police brutality demonstrations in the US. (02.06.2020)

Beijing has slammed a US and British gambit to use a UN meeting to condem China over its planned security law for Hong Kong. Meanwhile, US President Donald Trump threatened to end the territory's special status. (29.05.2020)

Opinion: Minneapolis is not Hong Kong

China wants to emphasize that clashes between police and protesters in US cities mean Washington has no right to criticize crackdowns in Hong Kong. But the two protests are very different, says DW's Rodion Ebbighausen. (02.06.2020)