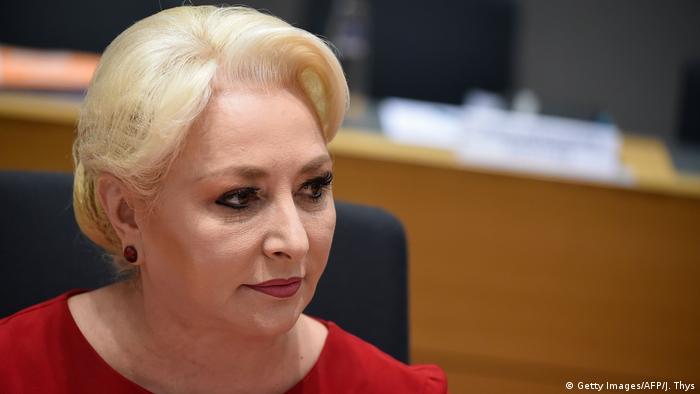 It's a familiar sight for Romanians. A fragile government collapses just before the presidential election. Betrayal, mistrust, insults, accusations of guilt and the opposition's push for a vote of no confidence — it's not the first time this has happened in Romanian politics.

The Social Democrats (PSD), under Prime Minister Viorica Dancila, want to cling to power with a minority government. The pseudo-liberal ALDE is forging new alliances with PSD defectors led by former Prime Minister Victor Ponta. The opposition conservative National Liberals (PNL) smell opportunity, but they wouldn't dare try to take over the government. Romania is run down, despite experiencing economic growth. The politically motivated rise in wages and pensions has no financial backing, and people might as well forget about the health care reforms announced three years ago, as well as improvements to the country's struggling infrastructure — nothing has been implemented. Whoever takes over the government has their work cut out for them.

Ostracized even by European Socialists

The PSD, which is still in power, faces a mountain of ruins. Since winning the 2016 elections, the PSD government has gone through three prime ministers and almost 100 ministers, and polls show the party has lost half its support. "Maximo Lider" Liviu Dragnea is behind bars for corruption and abuse of office, interim party leader Dancila, a Dragnean puppet, is trying to save face through political manuevering as she runs the party and the government into the ground. On the international stage, even European Socialists — the second-largest political force in the European Parliament — are turning their backs on the PSD for its continuous attacks on the rule of law and justice.

Dancila, however, has tasted blood and wants to press ahead regardless of the cost. Her goal is the presidency. That is the main reason for the new government crisis. ALDE leader and Senate President Calin Popescu-Tariceanu thought he had a good chance of being nominated as the government alliance's top candidate, but the prime minister, an inconspicuous and compliant executor for her big role model Dragnea, has nixed that. She herself wants to take the lead, and has staged her candidacy for the presidential elections later this year with pomp and circumstance. She was happy to accept that her government might collapse.

Dancila already sees herself as the mother of the nation, destined for greater things. What she completely ignores are her poor approval ratings. At 7.5% she is not even on the shortlist of candidates. Incumbent Klaus Iohannis, who is in the running again and is supported by the PNL, has a clear lead in the polls with more than 40% support.

There is no question that the PSD has been in free fall for some time now. With this latest fiasco, the party is likely on the fast track to political insignificance.