Just like during Soviet times, Russians may again have to do without Western products. The Kremlin wants to punish the EU and other countries. But Russian consumers will suffer most, believes DW's Bernd Johann. 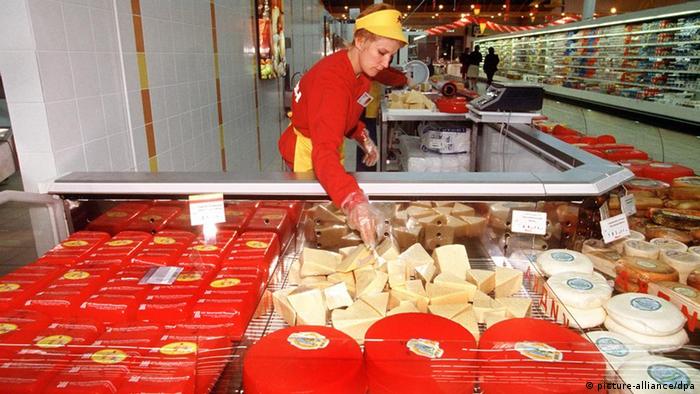 The war of sanctions is in full swing between Russia and the West. President Vladimir Putin has retaliated against economic sanctions imposed on Moscow by the European Union and other countries a week ago. Russia has now in return banned the import of agricultural products from countries that support EU sanctions. That only deepens the divide between both sides.

This policy of mutual sanctions is bad for both Russians and Europeans. That's precisely why the EU hesitated so long before finally adopting sanctions. EU chiefs had still hoped that the leadership in Moscow would enter into a dialogue to solve the conflict in eastern Ukraine and to help de-escalate the situation. But Russia has continued to support armed separatist groups in Ukraine. The Kremlin did not even change its policy when a passenger jet was allegedly shot down, killing 298 innocent people. 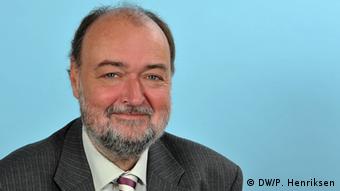 The EU and other countries did not have a choice. Western restrictions on technology transfer and financial transactions directly target those Russian companies that are close to the Kremlin. Putin's retaliation, on the other hand, is indiscriminate. His restrictions on Western products harm many private businesspeople who have nothing to do with the conflict. Trade in agricultural goods and food stuffs will suffer significantly, once the sanctions are in place.

But Putin's sanctions will be particularly harmful to Russian consumers. Supermarkets will have fewer goods on offer. Consumers will have to dig deeper into their pockets when buying food. Russian companies alone can't satisfy consumer demand. The result will be higher prices and a shortage of goods.

Putin wants to punish the West. But the Kremlin insists defiantly that the import bans allegedly also serve to stimulate the Russian economy. Some members of the Russian leadership don't even shy away from making the comparison to Soviet times. Russia did feed itself back then, too, after all, they say.

But that's precisely what didn't work in Soviet times. People in Russia may remember just how many goods weren't available at the time, and how expensive products from other countries were. At the end of the day, that's what caused the Soviet Union to collapse. People were increasingly unhappy with the economy of scarcity. Now Russia is getting itself into a state of isolation again, by cutting itself off from trade with Europe and other countries.

The Russian economy is actually already virtually stagnating. The sanctions will only aggravate those problems. Import bans could become visible very quickly to Russian consumers when they take one look at supermarket shelves. Whether alternative suppliers – for example from Latin America – can close the gap, just as the Kremlin is hoping, remains to be seen. Their goods will have to cover long distances in any case. That could further drive up prices for consumers.

More and more limitations for Russians

Putin's bans restrict Russian citizens further. Going on holiday, for example, is already not as easy as it used to be. This summer, booking numbers for trips to destinations in the West have already decreased drastically – partly because Putin banned government officials from leaving, but above all because many Russians have been finding themselves worse off financially.

Now, French cheese, Spanish olives, and German chocolate will not even be accessible at home for many Russians. Perhaps the situation won't get as bad as it was during Soviet times. But Europe is again becoming this far-away land for many Russians – just because Putin wants it that way. What a shame.

Russia announces 'full embargo' on most food from US, EU

Russia has reacted to sanctions over its policies in Ukraine with an import ban on most foods from the West. Moscow has also said it is considering a ban on transit flights for European and US airlines. (07.08.2014)

New orders in the German industrial sector dropped significantly in June due to mounting global tensions and sluggish demand from the eurozone. They contracted at their fastest rate in three years. (06.08.2014)

The United Nations has warned the humanitarian situation in Ukraine is getting worse on a daily basis. A senior UN official told an emergency Security Council session "immediate action" is required to halt the crisis. (06.08.2014)