Russia announces ′full embargo′ on most food from US, EU | Business| Economy and finance news from a German perspective | DW | 07.08.2014

Russia announces 'full embargo' on most food from US, EU

Russia has reacted to sanctions over its policies in Ukraine with an import ban on most foods from the West. Moscow has also said it is considering a ban on transit flights for European and US airlines. 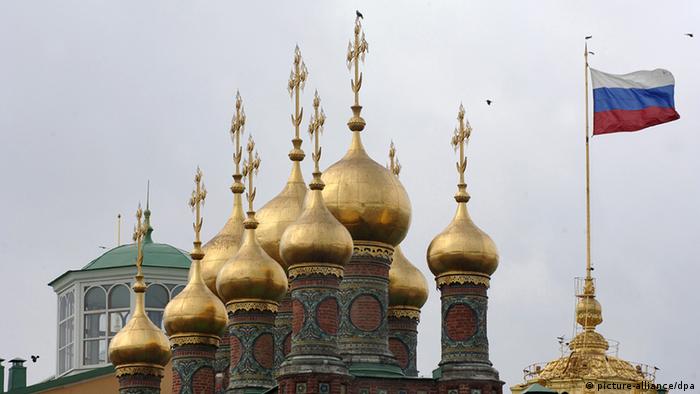 Russia responded Thursday to Western sanctions with an import ban on most food products from the United States, the European Union and other Western states.

He said the move came on direct orders from President Vladimir Putin and was in response to punitive measures over Moscow's role in the separatist uprising in eastern Ukraine and its annexation of the Crimean Peninsula.

"There is nothing good in sanctions and it wasn't an easy decision to take, but we had to do it," Medvedev said.

The ban will go into effect immediately and last for one year.

Last year, Russia imported $1.3 billion (971 million euros) worth of foodstuffs from the US, an amount that was dwarfed by the EU's agricultural exports to Russia in 2013, which totaled $15.8 billion.

Medvedev also noted the Kremlin was weighing restrictions on transit flights for European and American airlines flying to and from Asia, but he said a final decision was pending.

The move would dramatically increase carriers' costs and flight times and was clearly in response to sanctions that have shut down Russia's first low-cost airline, Dobrolyot.

Medvedev did, however, say Moscow had already decided to ban Ukrainian airlines from using Russian airspace to fly to the Asia-Pacific region.