Europe's citizens are paying for their leaders' late reaction to the coronavirus outbreak with their personal freedom. Their governments could have learned from Singapore, writes Christina zur Nedden. 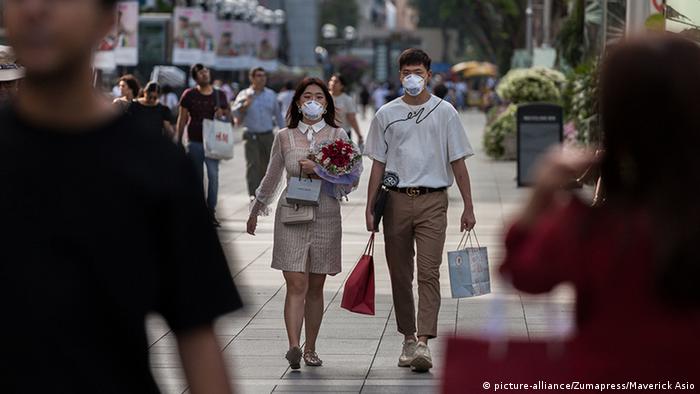 The coronavirus outbreak has turned the world upside down. Democratic and "free" European countries such as Austria have locked up their citizens and consider tracking their phones while, ironically, citizens in "unfree" Asian states like Singapore enjoy more freedom than in any Western European in the last few weeks.

Despite its economic and geographic links to China, Singapore has managed to keep virus numbers low and public life almost unaffected. Europe could have learned from that.

Although Singapore is vulnerability as a densely populated global hub, it has only 404 active coronavirus cases and two deaths to date. Emerging just in time for Chinese Lunar Year, the novel coronavirus could have proved catastrophic to the tiny city-state. Yet, despite the risk of hurting economic relations with its third biggest trading partner, by February 1 Singapore had already imposed travel restrictions on passengers from China. This contravened the WHO's advisory that travel bans were not necessary at that point.

Still, by mid-February Singapore had recorded over 80 COVID-19 cases, the highest number outside China. Singapore acted quickly by isolating sick people and testing everyone with flu symptoms and pneumonia. Sick people's contacts were traced and then put into quarantine using a "contact tracing method" developed during the SARS epidemic in 2003. This involves meticulous recording of contact data when people enter buildings and interviewing those infected on recent movements. 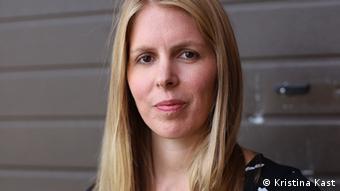 To summarize, Singapore's success in managing the coronavirus outbreak comes down to three basic ingredients and one big one: closing borders early, rigorous contact tracing, a lot of testing — and SARS acting as a macabre dress rehearsal. These measures allowed public life to go on as normal. All restaurants, malls, schools and offices remain open to date. Hong Kong and Taiwan have similar success stories despite their proximity to China.

As gruesome as it sounds, it probably would have helped if Europe had experienced SARS. The failure to react early and effectively to the coming outbreak was a result of Eurocentric arrogance and uncoordinated efforts to protect local businesses. Although European leaders knew about the virus in December, it was long underestimated and considered an "Asian problem."

Everything that Singapore did right — closing borders early, testing widely and contact tracing — countries in Europe did wrong. To take Austria as an example, flights from China, Iran and Italy were only stopped on March 9. For a long time, fear of hurting the local economy with travel bans kept its government from implementing rigorous measures.

One of the centers of the outbreak in Europe, the ski resort Ischgl, took a full eight days to react to confirmed cases of tourists from Iceland and to shut down activities. All visitors were quickly sent away without being tested, thus spreading the virus across the continent. In general, tests are scarce, despite the long time governments have had to react. Even medical staff does not have access to sufficient testing, and this bottleneck causes a further decline in helpers, who may end up in quarantine while waiting for days to get their results.

Contact tracing with the rigor presented in Singapore — where every case can be followed in a dashboard — is unthinkable in Europe. At the same time, governments imposed some of the strictest measures on personal freedom seen in postwar Europe. Instead of finding out who is infected and then isolating them, everyone is in an ineffective state of semi-isolation. Many touchpoints to transmit the disease still exist because there is no way to know who is infected. At the same time personal freedom is reduced to a minimum, the economy is standing still and mobile providers are handing over movement data to governments, in contrast to what GDPR, the EU's data protection law, has promised us.

This crisis is not only a health crisis, but a crisis of management  — from the late reaction to the implications for personal freedom. We should expect our leaders to secure both health and freedom, and we need to investigate why they have failed — and what we can learn from Singapore.

Paris and Zurich may be overpriced but are outmatched by Singapore, Osaka and Hong Kong, according to the latest Worldwide Cost of Living Index. Europe is getting cheaper while New York is, once again, eye-watering. (18.03.2020)