Opinion: Nobel Prize for the WFP is an appeal for greater cooperation

The Norwegian Nobel Committee has underlined the importance of global cooperation with this year's peace prize winner. The WFP is a worthy recipient of the award, says Anke Rasper. 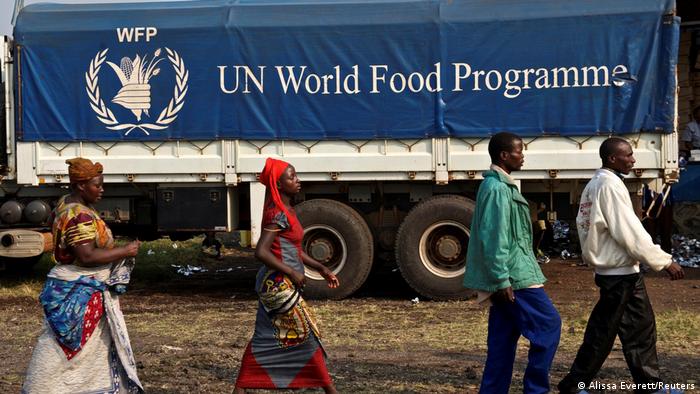 This year's Nobel Peace Prize has been awarded to the United Nations World Food Programme (WFP). A surprising choice, some might think, amid the global COVID-19 pandemic. After all, the World Health Organization (WHO) was nominated — as were US President Donald Trump, climate activist Greta Thunberg and some 300 other candidates.

But the Nobel Committee was right to honor the work of the WFP and thus highlight the problem of global food shortages. Last year, more than 690 million people — the equivalent of almost 9% of the world's population — suffered from hunger. 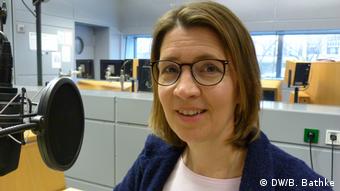 Anke Rasper is part of DW's environment and globalization department

The coronavirus pandemic has exacerbated the global food crisis. In spring this year, WFP director David Beasley warned that the world faced famines "of biblical proportions."

In response to the situation, the organization increased its aid to feed 138 million people in more than 25 countries, up from 97 million people last year.

But even before the pandemic, food shortages had increased in many regions, with droughts, locust swarms in the Horn of Africa and fires in several parts of the world wiping out harvests at the start of 2020.

The UN's Sustainable Development Goals (SDG) call for these objectives to be achieved by 2030. However, even before the pandemic, the world was not on track to achieving this target. When it did hit, millions of people lost their jobs and sources of income. Markets were shut, and the transport of food was drastically reduced. When much of the world's air traffic ceased amid the pandemic, the WFP chartered numerous transport planes to deliver food supplies, at times making it the biggest airline in operation.

The WFP will therefore be able to put the $1.2 million (€1.01 million) in prize money to good use. Still, this is enough to cover only a fraction of its emergency food program. According to UN estimates, the WFP will need some $4.9 billion this year to stay operational. A special provision of $500 million will be required to support the world's most vulnerable countries. Locusts are just one of many threats to food security

But billions are still missing for this, and for numerous other urgent humanitarian needs in many countries. The UN must once again rely on the world's governments and private aid agencies to donate money. In past years, the WFP, like many other UN organizations, has been forced to appeal for money to finance aid operations such as supplying food to North African refugee camps and to victims of the war in Yemen. It is a disgrace that the WFP, along with other humanitarian organizations, has to keep begging the global community for money.

All the same, the US, which has cut funding to other UN organizations, this year donated $2.7 billion to the WFP. Germany was the second-biggest contributor, giving some $960 million.

The WFP was set up in 1961, and since 1992 it has been headed exclusively by US directors. The organization's current head, David Beasley, used to serve as a Republican governor in South Carolina — and supported Donald Trump during his 2016 election campaign. Maybe this explains why the current US administration gave so generously to the WFP, despite the fact that Trump has openly stated since taking office that he wants to drastically reduce contributions to international organizations. 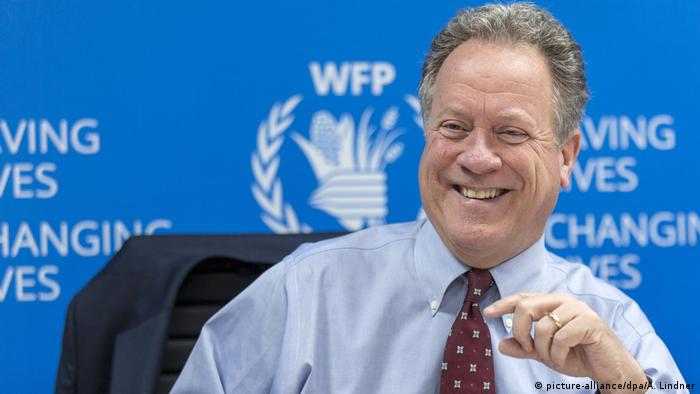 Did Beasley help encourage the US to be generous?

International solidarity and multilateralism have become more important than ever, Norwegian Nobel Committee chair Berit Reiss-Andersen said as she announced the winner of this year's Nobel Peace Prize.

The world's most serious problems can only be solved together. So it is to be hoped, in these times of growing nationalism and conflicts, that this year's award will focus attention on the basic needs of humanity. As Reiss-Andersen also made clear in her speech, "food is the best vaccine against chaos."

Australia joins US in diplomatic boycott of Beijing Olympics 2h ago