The Moria refugee camp on Lesbos is in flames — as is the European Union's asylum concept. It is time for the EU to provide sustainable infrastructure for displaced people, DW's Jannis Papadimitriou writes. 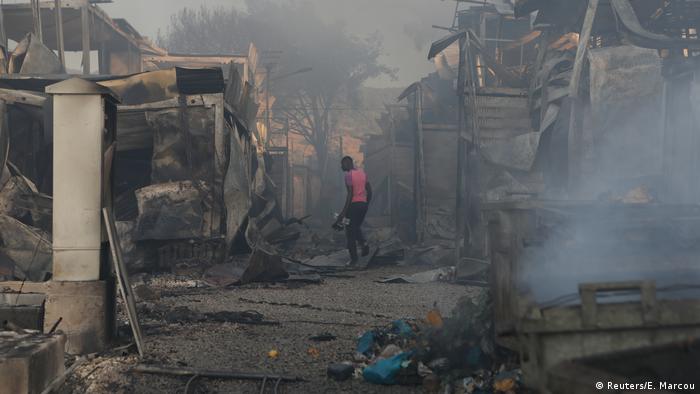 The Moria camp for displaced people on the Greek island of Lesbos had already caught fire twice, in 2016 and in 2019, but this time, fanned by winds that topped 70 kilometers per hour (40 mph), the camp has burned to the ground. Firefighters were distracted by a blaze in a regional forest.

We do know yet know whether it was arson, neglect or simply another cruel twist of fate for the thousands of people who have been made to call the camp their home. But we have always known that cramming 13,000 people into a space made for a maximum of 2,500 was bound to end in disaster. 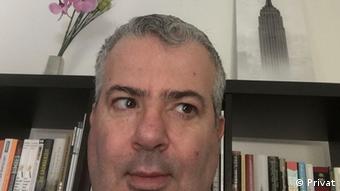 Displaced people and their allies have long called Moria "Europe's shame"; it is also Greece's shame. Moria has been the bane of governments in Athens. But to have shut Moria down would have required them to place the camp's displaced people elsewhere. Apparently, there was no will for that — though Greece has received billions in aid from the European Union to be used to support displaced people who arrive to the country.

Despite various promises, no government in Athens has managed to fix the asylum procedure. New arrivals have to wait about a year before getting an appointment with the asylum authorities.

Greece does not bear the blame alone. The rest of the European Union has looked on passively for too long. One might ask: what exactly the EU does. At the moment, despite some direction from the European Commission, member states are refusing to comply with decisions agreed to by the rest of the bloc. The effect is that the governments of member states can simply ignore EU-level decisions and rulings by the European Court of Justice, claim successes as their own and blame the failures on Brussels.

Read more: Lack of EU unity on asylum keeps refugees at the margins

Though the pictures transmitted from Moria over the years have been shocking, anyone who has spent time in this hell on Earth knows that what was worse than the images was the smell. The tench of Moria was composed of rotting garbage, smoke, sweat and vomit; it is the smell of death. And it is a smell that thousands of people were forced to put up with.

Was this perhaps the plan? Perhaps EU officials intended for the camp to act as a deterrent for displaced people who were considering the perilous journey across the Mediterranean Sea: These cramped conditions are what awaits.

Read more: In Greece, refugees are painted as the enemy

If it was meant to be a deterrent, it did not work. People caught in the wars of Syria, Afghanistan or elsewhere had no other option than an endless wait on a Greek island — however cramped, however awful it smelled.

Opinion: Despite setbacks, we must continue to vaccinate 10h ago