Opinion: Mariupol — a symbol of Ukrainian courage and Russian shame

The port city in Donbas has become emblematic of the war of extermination that Russia is waging against Ukraine. But the occupation does not mark the end of Mariupol's Ukrainian history, says Roman Goncharenko. 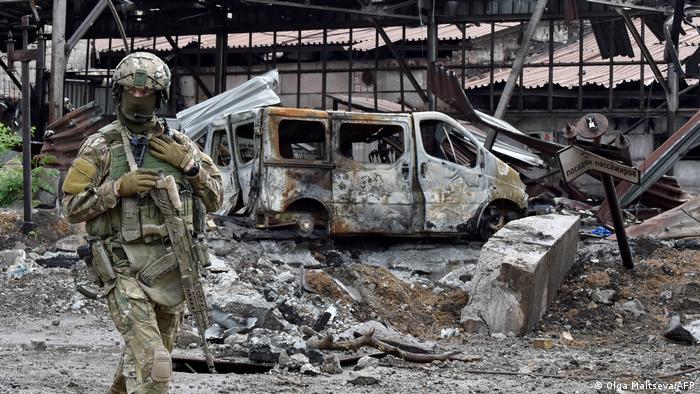 Russian occupation does not herald the end of Mariupol's Ukrainian history

The darkest chapter in the history of Mariupol is coming to an end. Most of the Ukrainian fighters have left the Azovstal steel plant after almost three months of resistance.

This was a record in Russia's war against Ukraine, which began with the annexation of Crimea in 2014. Only the airport in Donetsk was defended for even longer in 2014 and 2015. But the situation in Mariupol was much worse because Ukraine could not provide military aid to the besieged.

Some Ukrainian fighters walked out of the bunkers under the steel plant; some had to be taken out on stretchers, others preferred to be the last to leave.

The hope among those who have chosen captivity is that they be exchanged for Russian soldiers captured by the Ukrainian army. Whether that hope is justified is hard to predict. Russia seems to be in no hurry and is using the Ukrainian prisoners of war for humiliating propaganda purposes.

Mariupol, on the shore of the Sea of Azov, is a household name today. It will feature prominently in the history books about Russia's brutal war of extermination against Ukraine.

It's the first major Ukrainian city to be completely destroyed by the Russian army without regard for civilian casualties. It was quickly encircled, but resisted, becoming a model of Ukraine's will to assert itself. 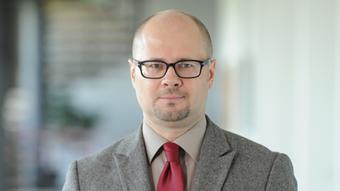 The exact death toll in the city, which was home to about half a million people before the war, is still unknown, but it is feared it could be in the tens of thousands. After weeks of incessant shelling, barely a single residential building remains intact. This is without doubt a war crime.

Why did Russia attack Mariupol so brutally?

From the first day of the war, Mariupol was one of the three cities fought over most fiercely, along with Kharkiv and Kyiv.

It was targeted first and foremost because of its strategic importance. Mariupol is the second most important industrial center in the Donbas after Donetsk and an important commercial port.

In the spring of 2014, it suffered the same fate that befell Donetsk and Luhansk and was occupied by pro-Russian separatists for a few weeks but was quickly liberated by the Ukrainian army. Since then, the front line has run a few kilometers away from the city. The two local industrial giants, Azov Steel and Illich Steel and Iron Works, were able to continue their production.

For eight years, the residents of Mariupol lived on a powder keg. But with the exception of an attack in January 2015 that killed more than 30 people, the city was spared any further casualties or destruction.

During this time, Mariupol became a center of the Russian-speaking but Ukrainian-minded Donbas. The blue and yellow flags were a thorn in the side of those who wanted to see Mariupol as part of the regions occupied by Russia with the help of separatists. This is also why the Russian forces have acted so cruelly and brutally there.

Moreover, the location of Mariupol, which is on the land bridge from Russia to the annexed Crimea peninsula, plays a crucial role. The creation of such a land connection is one of Russia's main goals in this war.

Finally, another important factor is the fact that the headquarters of the Azov Regiment, founded by radical nationalists, was located in Mariupol. Those fighters had played a decisive role in the liberation of the city in 2014. The very existence of the Azov Regiment, a small but well-armed unit of the Ukrainian National Guard, has been a central theme of Russian propaganda for years. Ever since Russia declared "denazification" an official wartime goal, the Kremlin has sought to destroy all those it labels "Nazis."

The price Mariupol had to pay for all this is outrageous. Mariupol now ranks among the cities almost completely destroyed by war. The battle for Mariupol will be remembered for the shocking shelling of the maternity hospital, from which bloodied mothers were carried out, and for the bombing of the theater where civilians had sought shelter but perished. These images will not be forgotten. Mariupol has become a city of Russian shame.

But Russian occupation does not herald the end of the city's Ukrainian history of the city. Just as the Azov steel plant will produce again, so the Ukrainian flag will fly there again.

The darkest chapter in the city's history will only be closed when the war criminals are brought to justice. Already there are calls to hold an international tribunal not in The Hague but on the ground in Mariupol. There are more than enough witnesses to the crimes of the Russian military in Ukraine.

This piece was originally published in German.