The Azov Battalion: Extremists defending Mariupol | Europe | News and current affairs from around the continent | DW | 16.03.2022 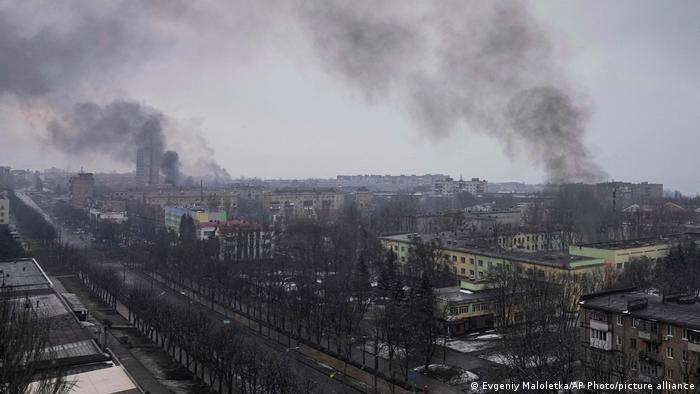 Mariupol is one of the worst-hit cities in Ukraine

A short video doing the rounds on the internet shows a screen in what is presumably a Ukrainian military vehicle crossing a village in the area of Mariupol. On a side street, there are armored vehicles, on which a white letter "Z" is visible, the sign of Russian troops in Ukraine. Shots are heard and what is apparently a Russian vehicle opens fire.

The notorious Azov Battalion, also known as the Azov Regiment, posted this video earlier this week on its Telegram channel. It announced that it had destroyed three Russian armored vehicles and four infantry fighting vehicles, and killed "many infantry." Then it released a picture of a dead man in uniform, purported to be a Russian general whom it had killed. It is difficult to verify these claims.

The city of Mariupol, which has a population of 500,000, is primarily being defended by the Azov Battalion. This is one of the places, along with Ukraine's capital, Kyiv, and the country's second-largest city, Kharkiv, where Russia is conducting its war particularly brutally. Since early March, the city has been under siege and subjected to heavy bombardment. There is no electricity, little water and scarce food supplies. 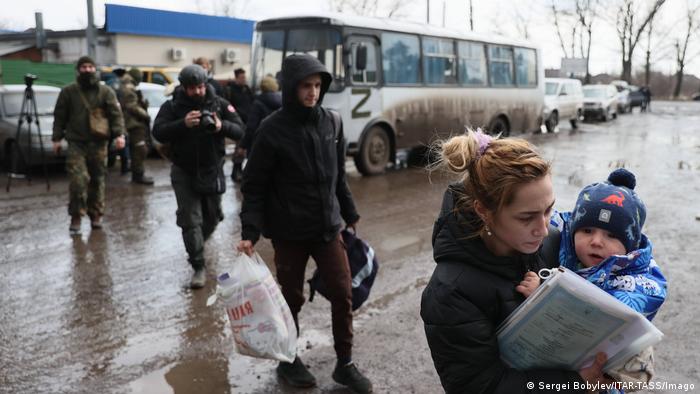 Many inhabitants of the region have tried to flee

Mariupol is also where the Azov Battalion, which is part of the Ukrainian National Guard and thus subordinate to the Interior Ministry, has set up its headquarters. Its fighters are well trained, but the unit is composed of nationalists and far-right radicals. Its very existence is one of the pretexts Russia has used for its war against Ukraine.

"My heart breaks when I see the destruction": evacuated Mariupol resident Maria Sirychenko

Initially, Azov was a volunteer militia that formed in the city of Berdyansk to support the Ukrainian army in its fight against pro-Russia separatists in eastern Ukraine. Some of its fighters came from the small but active far-right group Pravyi sektor (Right Sector), whose core members were from eastern Ukraine and spoke Russian. Originally, they had even advocated the unity of East Slavic peoples: Russians, Belarusians and Ukrainians. Some were soccer ultras, others were active in nationalist circles. Such associations would be described as "free comradeships," or organized neo-Nazi groups, in Germany, Andreas Umland from the Stockholm Center for Eastern European Studies, told DW. 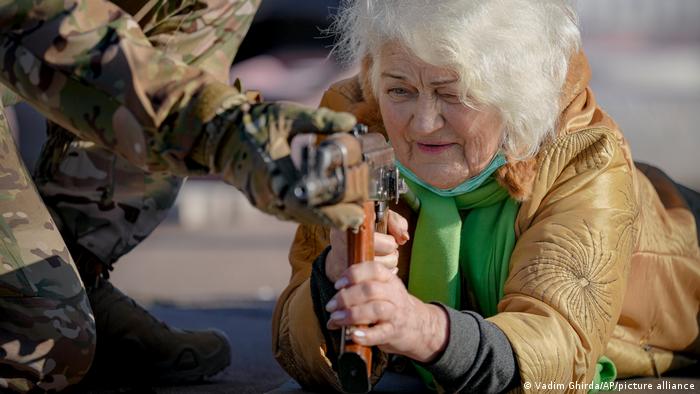 The Azov Battalion has been helping to train civilians

Umland said Azov had drawn early attention by using the the Nazi Wolfsangel symbol as its emblem. "The Wolfsangel has far-right connotations, it is a pagan symbol that the SS also used," said Umland. "But it is not considered a fascist symbol by the population in Ukraine."

The Azov Regiment wants the symbol from the Nazi era to be understood as stylized versions of the letters N and I, standing for "national idea."

Women in the Azov Battalion in Ukraine

Incorporated into the National Guard

Andriy Biletsky, the 42-year-old founder of Azov, is a history graduate of the National University of Kharkiv. He was active in Ukraine's far-right scene for years. In the summer of 2014, the modest forces of Azov participated in the recapture of Mariupol from pro-Russian separatists. It has operated as a regiment since fall 2014 and according to media reports, it had around 1,000 fighters before the Russian invasion of Ukraine, as well as artillery and tanks.

The Ukrainian government decided to incorporate the ultra-nationalists into state structures in 2014.

In 2015 and 2016, a movement emerged that formed the political arm of Azov. Biletsky resigned as a commander and created the National Corps party with former fighters. However, it had little electoral success. Biletsky did enter parliament via direct mandate but was not reelected in 2019. He is reportedly currently fighting on the front near Kyiv. 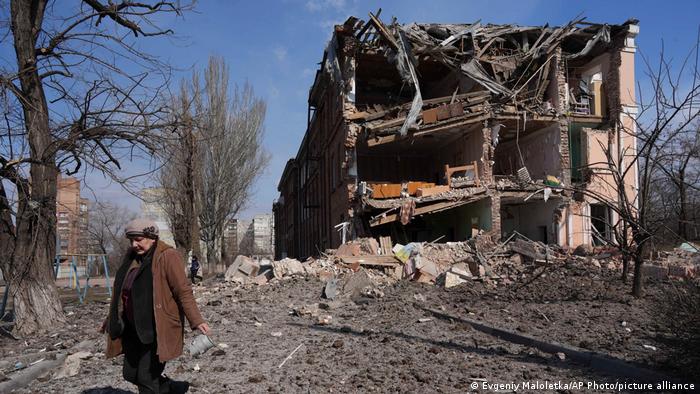 In 2019, there was an attempt by US Congress to designate the regiment as a "terrorist organization" but this did not happen. Nevertheless, for years, Azov has maintained contacts with far-right movements abroad, including in Germany according to the German government's answer to a question related to this issue by the Left Party parliamentary group.

Umland said a legend had grown around Azov because of Russian propaganda. He said that volunteer fighters, including Azov, had been accused of looting and improper behavior in 2014.

"Normally, we consider right-wing extremism to be dangerous, something that can lead to war," Umland said. But in Ukraine, it is the other way around, he argued. The war had led to the rise and transformation of marginal comradeships into a political movement. But their influence on society is overrated, he said. For most Ukrainians, they are combatants fighting an overbearing aggressor.

This article was originally written in German. It has been altered to include the author's name.