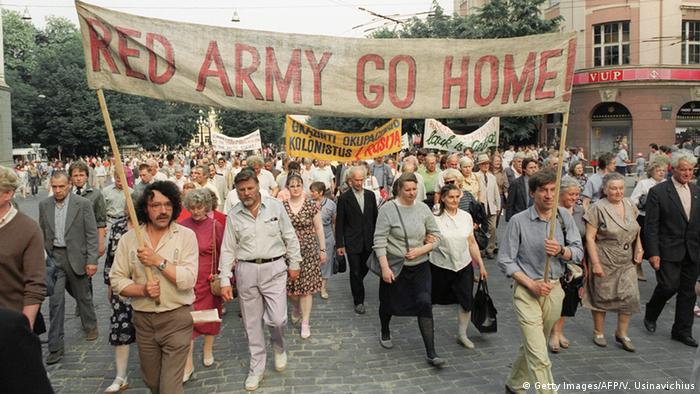 The events in Lithuania triggered the USSR's "black swan" moment and set off a chain of momentous events in the already troubled Soviet sphere of influence.

On that day in March, the newly elected Supreme Soviet of the Lithuanian Soviet Socialist Republic renamed itself the Supreme Council of the Republic of Lithuania and proclaimed independence from the Soviet Union. To be precise, it announced the restoration of the independent Lithuanian state — nearly 50 years after the first Lithuanian republic was occupied and annexed by Josef Stalin in the summer of 1940.

Although the official dissolution of the USSR did not happen until December 25, 1991 that day in March marked a point of no return after which it could not have survived. Especially so as even the Lithuanian communists voted "aye," de facto ending their party's — and the Kremlin's — control over the first of the 15 constituent republics of the Soviet Union. In May, two other republics, Latvia and Estonia, followed suit.

Shock to the system

The news from the capital Vilnius came as a shock and a severe blow to Communist Party leader Mikhail Gorbachev. He was preparing to take part in the Congress of People's Deputies, the USSR's super-parliament, which would elect him (unopposed) as the first ever president of the Soviet Union.

Vytautas Landsbergis, who was elected chairman of parliament and Lithuania's acting head of state on that same day, told DW: "We were in a hurry to restore independence before Gorbachev's election. As president, he would have had more powers to suppress the 'unruly' Lithuanians. We wanted to present the Soviet leadership with a fait accompli."

And they did — reviving the Lithuanian constitution of 1938 for 30 minutes to allow them to adopt an interim constitution for a transition period.

Gorbachev, who was elected president on March 15, ordered an economic blockade of Lithuania which failed to break its resolve. Moscow's pressure culminated in an attempt by soldiers from the local Soviet army garrison to storm the TV tower in Vilnius and take over the city on January 13, 1991. Thirteen Lithuanians were killed but the new Lithuanian government survived and remained in control ultimately, gaining official recognition by Russia under then President Boris Yeltsin.

Vladimir Putin will not be sending a congratulatory note to Vilnius to mark the anniversary. Ever since the annexation of Crimea from Ukraine in 2014, he has engaged in a vigorous attempt to whitewash Soviet history, even its darkest periods.

As part of that revisionist drive, Putin has suggested including into the constitution a new clause which will officially make Russia a successor state of the USSR. Moreover, another clause will make it a state obligation to fight "distortions" of history — a euphemism, which means anything that calls into question the glories of Russia, but especially the Soviet Union.

The Kremlin is especially keen to revise everything that relates to World War II and its consequences. Not only has it reverted to the old Soviet propaganda narrative that the incorporation of Lithuania, Latvia and Estonia into the USSR was voluntary and by no means an annexation. Moscow also portrays all Lithuanians as Nazi collaborators, and the anti-Soviet partisans that fought occupation until late 1950s as "bandits" and "Jew-murderers." Today's Baltic states are branded as "Russo-phobic lackeys of NATO." 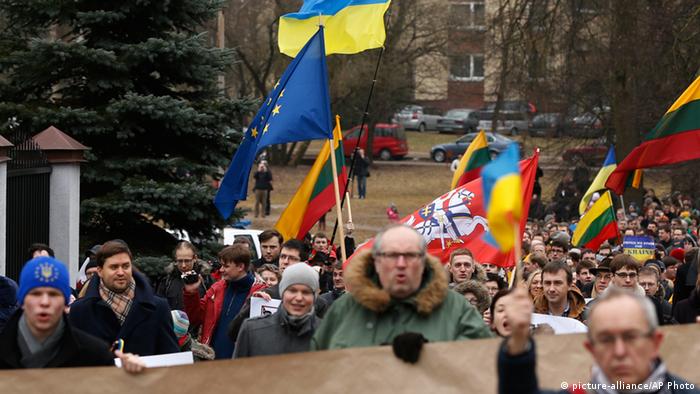 Just as it did with the events at Kyiv's Maidan square in 2014, Putin's propaganda machine goes out of its way to present the events of March 1990 in Vilnius as a "nationalist coup" supported by the Kremlin's perennial bogeyman — the United States.

The Russian leadership deliberately ignores that not only did the Lithuanians want to break with the USSR themselves, but that they did so in a legal and constitutional manner — and not by "coup," "rebellion" or "sedition." This last point is very important. The Putin regime not only uses Soviet imperial nostalgia to cement anti-Western sentiment as modern Russia's dominant ideology. It also tries to dissuade Russian society from taking its fate into its own hands.

The events in Vilnius in 1990 (just like Kyiv in 2014) are important — and scary — for the Kremlin because they both showed how it can be done, albeit in different ways. Moscow's rulers today are desperately trying to prevent another "black swan" moment.