Brazilian President Jair Bolsonaro wants to commemorate the coup of 1964 — and he is entirely unconcerned about further dividing the country. Even the military is disturbed, DW's Philipp Lichterbeck writes. 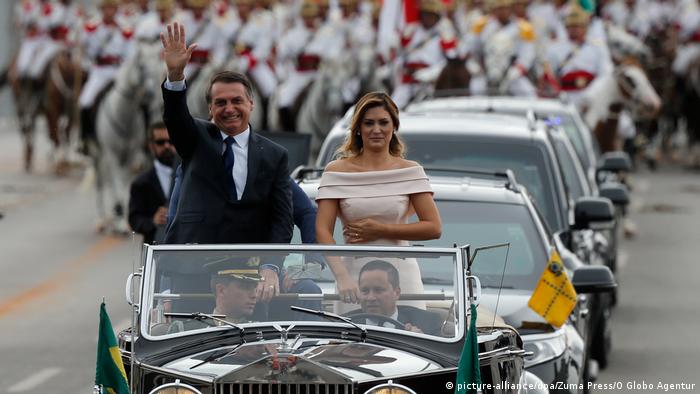 In 1974, when she was 28 years old, Carmen was arrested in Sao Paulo. The military took her to a torture facility. Soldiers connected her right breast to a cable and electrocuted her. They wanted to know where Carmen's husband was and threatened to abuse her 1-year-old son.

The torturers called themselves Doctor Romero and Captain Ubirajara. 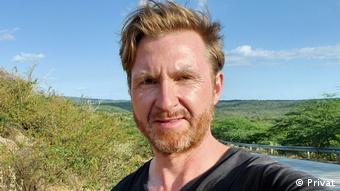 When Carmen told me her story a few years ago, both men were still at large, as were many other formerly uniformed torturers and murderers who claimed to have protected Brazil from communism from 1964 to 1985.

For Brazil's current president, Jair Bolsonaro, men like Romero and Ubirajara are not criminals: They are heroes. This speaks volumes about the pathological character of Bolsonaro, whose favorite book, The Suffocated Truth, was written by the dictatorship's intelligence chief, Carlos Alberto Brilhante Ustra, a torturer who used to insert rats into prisoners' vaginas during interrogation.

In 1979, the military passed an amnesty law to protect officials from future punishment. This ensured that Brazilians would learn little about the darkest actions of the regime. Bolsonaro and his allies continue to claim that the dictatorship was an era in which law and order prevailed.

Bolsonaro appears to be taking advantage of this lack of discourse, declaring Sunday a national day of celebration in military barracks across the country.

On March 31, 1964, the military seized power from democratically elected President Joao Goulart, whose rivals called him a communist after he extended voting rights to illiterate people and low-ranking military officers, worked to expand access to education, and advocated breaking up and redistributing nonproductive privately held properties of over 600 hectares (1,500 acres).

The economic elite, powerful media houses, the Catholic Church and the US government supported the coup. US warships sat off the coast of Brazil, securing the overthrow of the government.

Bolsonaro, however, views the coup as the beginning of a glorious era.

His spokesman said the president "does not believe March 31, 1964, was a military coup." It was a "democratic intervention."

This is another attempt by Bolsonaro to rewrite history. And it is reminiscent of George Orwell's novel 1984, in which the "Ministry of Truth" is busy constantly adapting the narratives of the past to meet the ruling party's line.

Bolsonaro is obsessed with two things: Brazil's LGBTQ+ communities, whom he has targeted with hate speech again and again, and the past, which, as it does for all reactionaries, occupies his mind much more than the future does.

The novice president fixates on these topics at the expense of, say, improving the education system, fighting poverty or his pending cuts to the pension system.

Bolsonaro is not leading the country forward: He is holding it hostage to his obsessions.

The president has no interest in uniting people. He is divisive. He doesn't want peace: Conflict is what fuels him.

Including Carmen, about 2,000 people were tortured during Brazil's military dictatorship. The number of people murdered remains unclear. The torturer and army officer Paulo Malhaes told Brazil's Truth Commission in 2012 that "as many people as necessary" were killed.

For a long time, the official number stood at 357 people, mainly said to be members of the suppressed opposition and guerrillas; since 2012, more than 600 names have been added to the list: farmers, trade unionists, village pastors and environmentalists.

The latest estimates include more than 8,000 indigenous people who were killed because they stood in the way of the dictatorship's stated infrastructure aims, such as dams on the Amazon.

Despite this, the number of people killed during the country's overtly authoritarian era is relatively low when compared with the death tolls under the contemporaneous regimes in Chile and Argentina. Brazil's period of military rule is often referred to as a "dictatorship lite."

Is Bolsonaro's commemoration of the coup a project to legitimize politics that do not allow criticism? Will oppression once again be employed in the name of combating Brazil's serious social problems?

Bolsonaro, himself a soldier during the dictatorship, evidently did not anticipate the fact that Brazil's military itself is unenthusiastic about celebrating the anniversary of the coup.

It is becoming increasingly clear that most generals are not interested in a display that could further deepen the divides of Brazilian society.

The prevailing attitude of the military stands in contrast to that of a president driven by his obsessions.