Donald Trump‘s move to install his son-in-law Jared Kushner as a key power broker in the White House is misguided. It further undermines the administration’s credibility and could harm the functioning of the government. 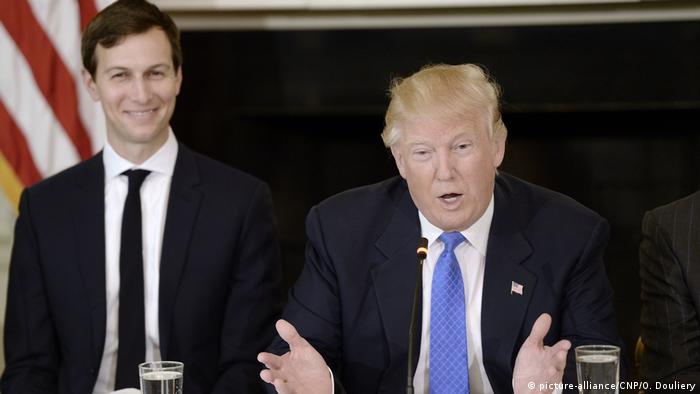 When an autocrat in what is often described as a banana republic taps family members to run major government tasks such a move is usually criticized as nepotism in the West, and rightly so. By drastically expanding the already murky role his son-in-law Jared Kushner plays in the administration, US President Donald Trump has done exactly the same thing. And therefore it behooves us to also call what it is: nepotism.

To be fair, Kushner, who is regularly described as smart and business-savvy, has by all accounts done well for himself in the same field as his father-in-law, real estate development. And it also needs to be noted that Kushner was not being paid for his previous White House role as senior advisor to the president and is likely to not be compensated for his new position as head of a task force charged with overhauling how the government works.

Power couple in the White House

But it is deeply disconcerting that two of the president's closest family members, his daughter and his son-in-law, are now firmly ensconced in the White House as key presidential advisors with important portfolios. While it has been reported that Kushner would give up his role as head of his own company, he apparently has not done so yet. Instead, as is practice with many in this administration, when it comes to avoiding potential conflicts of interest between their business and political roles, he is trying to navigate the fine line between what is legally permissible and what isn't.

Similarily worrying is the fact that Kushner, like his father-in-law, possesses no previous governmental or political experience that would prepare him for this latest mammoth task of remaking the government. Moreover, Kushner is already his father-in-law's point man for a litany of high-profile issues that normally would take a slew of experienced professionals to handle, among them the Middle East peace process and trade deal negotiations.

Demolition instead of reform?

How even a highly talented person like Kushner could possibly manage such a broad portfolio with any success is hard to fathom - even if he is expected to bring in additional people from his New York business circle. But perhaps overhauling the government is not actually the main task for Kushner and Co - as the reported internal description of the SWAT team-like group seems to suggest. SWAT teams are brought in for a quick resolution of critical situations, using lethal force when necessary.

Applied to Kushner and Co, this could mean that the group's task is more of a demolition project than a reform effort. That would not only track President Trump's tenure so far, but also the vision of influential White House advisor Steve Bannon, who has publicly stated that he wants bring everything down, especially the administrative state. None of this bodes well for the future of the Trump administration and for the vital role a functioning government plays for the American people.