US President Donald Trump plans to unveil a new White House initiative, which would use ideas from the business world to overhaul the government. The Office of Innovation will be led by Trump's son-in-law, Jared Kushner. 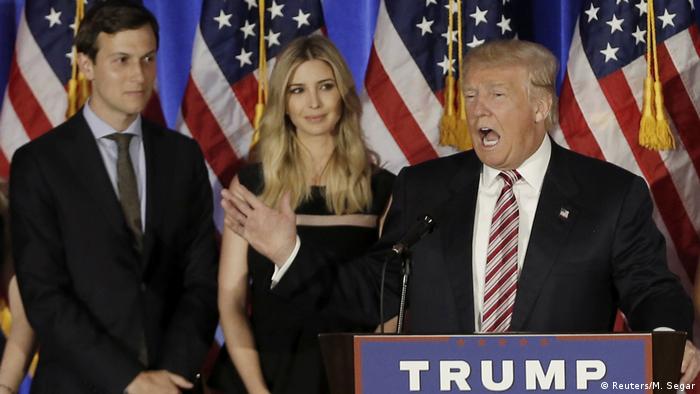 White House signals turn toward Democrats for next legislative hurdle

The Trump administration has voiced willingness to work with "moderate Democrats" after a defeat on health care. Democratic leaders have urged the White House to reject conservative hard-liners if it wants their support. (27.03.2017)

The withdrawal of a bill dismantling Obama-era health policy could signal broader fissures within the GOP. Its defeat in the Republican-controlled House is the latest setback threatening Trump’s presidency. (25.03.2017)

Ivanka Trump to get own White House office in expanding role

US President Donald Trump's second eldest child will have her own office on Pennsylvania Avenue. Ivanka is not expected to have an official title or earn a salary, but she will be given access to classified information. (21.03.2017)

Jared Kushner, the son-in-law of President-elect Donald Trump, has been appointed as a senior White House adviser. Transition officials have said Kushner will divest himself of large swathes of his commercial holdings. (09.01.2017)

The innovation headquarters will have sweeping authority to streamline bureaucracy on the federal level, The Washington Post and The Associated Press news agency reported.

According to the Post, the White House Office of American Innovation should act as a sort of SWAT team, tasking former business people with bringing new ideas to governance. Trump would unveil the new White House office on Monday and appoint his son-in-law Jared Kushner as the leader, a senior administration official told AP. The office will report directly to the president.

"The government should be run like a great American company. Our hope is that we can achieve successes and efficiencies for our customers, who are the citizens," Kushner told The Washington Post.

'Ahead of schedule, under budget'

The 36-year-old Kushner is the husband of Ivanka Trump and one of President Trump's closest aides. Ivanka, who also serves as an unofficial adviser to the president, is expected to contribute to the new initiative.

In theory, federal anti-nepotism laws should keep relatives of top office holders from government positions. However, the US Justice Department recently said the president's "special hiring authority" allowed him to appoint Kushner as an adviser. 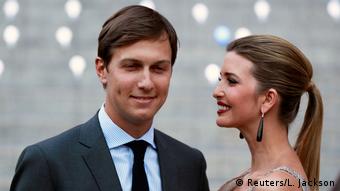 By using ideas from the private sector, US officials hope to fulfill some of Trump's key campaign promises, such as overhauling the troubled Department of Veterans Affairs and tackling drug addiction. The timing of the announcement is also important, as the Trump administration is still reeling from its heavy defeat on health care.

"I promised the American people I would produce results, and apply my 'ahead of schedule, under budget' mentality to the government," Trump was quoted as saying by The Washington Post.